APC's statement on the internet shutdown in Cameroon

Home / Publications / APC's statement on the internet shutdown in Cameroon 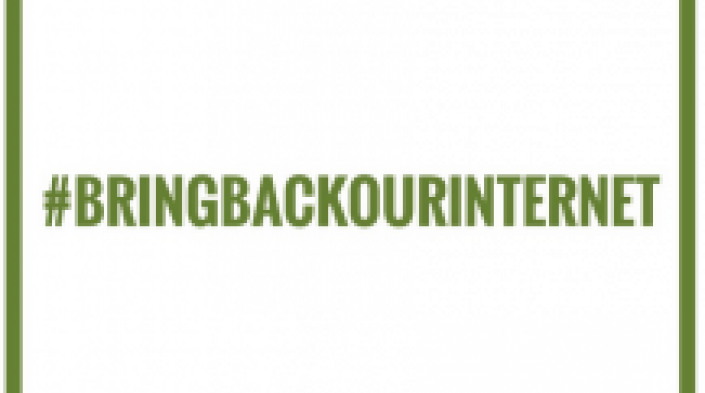 The Association for Progressive Communications (APC) notes with grave concern the restrictions on internet access – commonly known as internet shutdowns – ordered by the government of Cameroon. The restrictions, which have been in effect since 17 January 2017, have specifically targeted Anglophone regions of Cameroon, reportedly following protests against the marginalisation of Anglophone Cameroonians’ cultural and linguistic rights by the government.

In July 2016, the United Nations Human Rights Council (UN HRC) adopted a landmark resolution on the Promotion, protection and enjoyment of human rights on the internet, unequivocally condemning measures to “intentionally prevent or disrupt access to or dissemination of information online in violation of international human rights law.” The UN HRC went further to call on “all States to refrain from and cease such measures.”

In November 2016, the African Commission on Human and Peoples’ Rights (ACHPR) reaffirmed the Declaration of Principles on Freedom of Expression in Africa, and specifically that “everyone shall have an equal opportunity to exercise the right to freedom of expression and to access to information without discrimination,” through the adoption of the Resolution on the Right to Freedom of Information and Expression on the Internet in Africa, in which it further noted its concern over “the emerging practice of State Parties of interrupting or limiting access to telecommunications services such as the Internet, social media and messaging services, increasingly during elections.” Of particular relevance, it noted, is Principle II(2), which provides that “any restrictions on freedom of expression shall be provided by law, serve a legitimate interest and be necessary in a democratic society.”

Recognising that the human rights enjoyed offline must, necessarily, apply online, APC is concerned that in addition to unduly limiting the information and expression rights of segments of Cameroonian society, as well as their right to association and peaceful assembly, this internet shutdown threatens the economic, social, cultural and linguistic rights of Anglophone Cameroonians, and unintentionally exposes all those experiencing it to risk of harm. We further note how internet and other communications shutdowns have, in the past, preceded gross human rights violations – which must be prevented by Cameroon’s government at all costs.
Here, we draw to the government of Cameroon’s attention several unintended consequences that may likely ensue as a result of this internet shutdown:

APC therefore calls on the government of Cameroon to:

The Association for Progressive Communications (APC) is an organisation and network with 50 organisational members in 36 countries, with its chief operating office in Johannesburg, South Africa. APC’s vision is that all people have easy and affordable access to a free and open internet to improve their lives and create a more just world. Its mission is to empower and support organisations, social movements and individuals in and through the use of information and communication technologies (ICTs) to build strategic communities and initiatives for the purpose of making meaningful contributions to equitable human development, social justice, participatory political processes and environmental sustainability.

For further information about this statement, our work in Africa or the African Declaration on Internet Rights and Freedoms initiative, please contact: