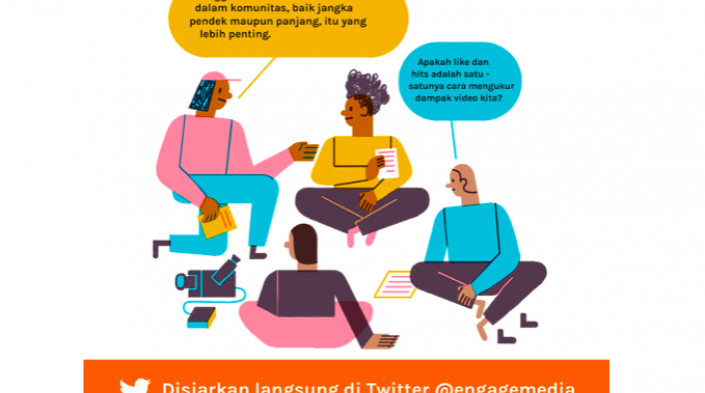 In a scenario that is increasingly visual, video has become a powerful tool to challenge social and environmental injustice. But making change is not as simple as making a video. This is how APC member EngageMedia presents its newly launched Video for Change Impact Toolkit, an online resource that can help activists harness the power of video to advocate for issues as pressing as extrajudicial killings in the Philippines or the death penalty in Malaysia.

The project, produced in partnership with the Video4Change Network, was recently launched in Manila, the Philippines, and in Kuala Lumpur, Malaysia, with others still to come, including Yogyakarta, Indonesia, on 17 May. It gathers tips, tools, approaches and resources to guide effective use of film and video for social change in a rapidly changing environment.

“The toolkit itself doesn’t focus on a particular issue or a particular region, but it was born in Southeast Asia and can obviously help expose human rights violations and demand accountability in the region, as well as in the rest of the world,” said EngageMedia’s Egbert Wits in an interview with APCNews.

Human rights violations include the ones occurring in the Philippines, where extrajudicial killings consistently occur in the context of political impunity, or the death penalty in Malaysia, for which the government has imposed a moratorium until further review, but those waiting on death row and their loved ones continue to suffer.

“During our launch in Kuala Lumpur we screened Menunggu Masa, a video that follows a girl, Avila, as she waits for her father who is on death row. It presents very powerful storytelling and has become a useful tool for advocating for the abolishment of capital punishment in Malaysia,” Wits explained.

He also highlighted the fact that the toolkit fills gaps especially for activists in the global South with limited budgets and in often risky environments. “This is a much needed counterweight to more Western-oriented guidelines, which tend to focus on feature-length documentaries with big budgets and an available team of impact producers.” By contrast, the Video for Change Impact Toolkit focuses primarily on the production of short-form video, which can allow video makers with varying levels of resources and technological capacities to take advantage of this powerful advocacy tool.

Participation is at the core of the toolkit's approach, as the project’s website highlights. A diversity of resources available on the platform offer people in marginalised situations the opportunity to communicate directly with decision makers and help them contribute to the policy arena.

From research to training to distribution, the Video for Change Impact Toolkit provides ways to safely and effectively create powerful videos and engage audiences for changemaking with a holistic approach. “We consider all activities and their capacity to create impact, rather than focusing on the effect of a video product alone. Opportunities for creating impact can arise at any stage during a video initiative, and also unintended or negative effects, which need to be measured as well. It is key that human rights initiatives don’t strive for impact at any cost,” Wits added.

EngageMedia is a media, technology and culture organisation focused on the strategic use of video to address critical social and environmental issues in the Asia-Pacific region. It aims to demystify and provide access to new video distribution technologies, to create an online archive of independent video productions using open content licences, and to form a peer network of video makers, educators and screening organisations. It is a member of the APC network.