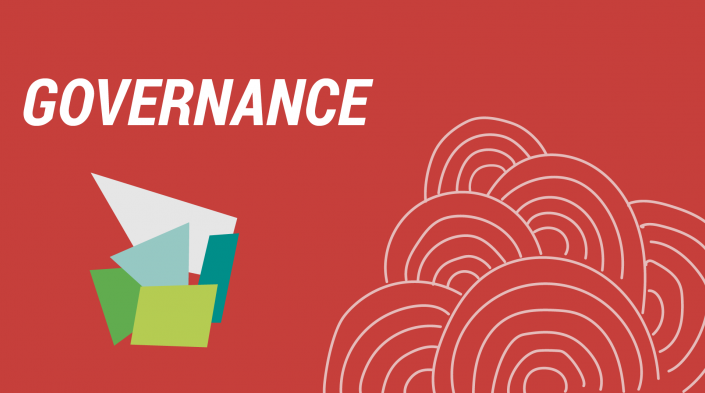 Through our engagement in several global forums, we have been an influential voice advocating for more democratic internet governance processes and promoting and defending the publicness of the internet. These include the Commission on Science and Technology for Development (CSTD) follow-up of the World Summit on the Information Society (WSIS) process and its Working Group on Enhanced Cooperation; the regional and global Internet Governance Forums (IGFs); the UN Secretary-General’s High-level Panel on Digital Cooperation; the Organisation for Economic Co-operation and Development (OECD); the International Telecommunication Union (ITU)'s World Telecommunication/ICT Policy Forum and Plenipotentiary Conference; the WSIS Forum; and the Global Commission on the Stability of Cyberspace.

For example, we advocated for open internet government principles and practices at the WSIS Forum, and have taken the responsibility of facilitating WSIS Action Lines. At the CSTD we consistently proposed concrete ways, measures and models for democratising internet governance. We shared our view of enhanced cooperation as a way to do this, pointing out specific areas of policy making that need strengthening, and identified gaps in cooperation that need to be addressed. We also advocated for a rights-based approach to cybersecurity in several spaces, including at the UN General Assembly, the Global Commission on Stability of Cyberspace (see “Rights”), and by participating in the Best Practice Forum on Cybersecurity at the IGF. We advocated consistently for transparency in decision making and discussions happening at the ITU and pushed for the adoption of the public interest principle to guide policy decision making, to promote alternative regulatory models for universalising access as well as to defend the publicness of the internet.

Since its inception, we have engaged in the UN Secretary General’s High-level Panel on Digital Cooperation. In 2019, we submitted our written response to the panel's report, focusing on the need to bring more diverse voices to the table to ensure that internet governance processes are inclusive and reflect the needs of those facing digital exclusion. As we stated in our contribution, APC supported the Internet Governance Forum (IGF) Plus model to strengthen the IGF and enhance its capacity to perform its functions.

APC members and staff helped to organise and participated in regional internet governance forums around the world, strengthening the influence of civil society perspectives at these forums.

APC members, staff and other partnering civil society actors played important roles in convening and organising internet governance processes regionally through multistakeholder steering and drafting committees. We co-organised or took part in the steering committees of the Latin American and Caribbean Internet Governance Forum (LACIGF), the Asia Pacific Regional Internet Governance Forum (APrIGF) and the African IGF. As with the global IGF, more civil society actors participated in these processes through financial support from APC. This participation resulted in a stronger and more diverse presence of civil society voices and perspectives at the forums, as panellists, speakers, organisers of sessions, and active members of IGF intersessional dynamics. In 2019 alone, while 52 APC members and partners attended the global IGF, 21 attended the African IGF, two the LACIGF and 10 the APrIGF.

One significant outcome of our work was the inclusion of a community networks main session at the LACIGF in 2018 for the first time. Other APC priority areas raised at the regional IGFs through our work were algorithms and their impact on social equity; disinformation and its impact on freedom of expression; and emerging technological trends and developing digital economies in Africa. In Asia, APC also raised important issues around freedom of expression, privacy and ICT laws, online gender-based violence and internet platforms’ responsibility, and digital cooperation.

APC also pushed for civil society engagement in internet governance in the Middle East and North Africa (MENA). This included hosting and participating in sessions on the role of civil society in governance and strengthening citizen engagement at the IGMENA Summit in Tunis in 2016, as well as publishing an APC issue paper in English, Arabic and French which unpacked the challenges facing civil society participation in the region. In addition, a guide for participants from the MENA region was developed for the global IGF in December of that year, identifying sessions on themes relevant in the region, such as human rights, security, trade and the internet economy.

APC built the knowledge and confidence of different stakeholder groups in Africa to actively participate in internet governance discussions and processes. This was done through the annual African School on Internet Governance (AfriSIG), which was over the years convened by APC, the NEPAD Planning and Coordination Agency of the African Union, and the African Union Commission (AUC). Since 2013, AfriSIG has aimed to give Africans from different stakeholder groups the opportunity to gain knowledge, experience and confidence to participate effectively in internet governance processes and debates nationally, regionally and globally. Participation at AfriSIG is diverse, reflecting the needs and experiences of the continent. At our most recent school in 2019 in Chad, 45 participants from 23 countries gathered for six days of intensive discussions and training. As an indication of the school's impact, AfriSIG won the World Summit on the Information Society (WSIS) Prize from the International Telecommunication Union (ITU) in 2017. AfriSIG was selected as the winner out of 345 ICT success stories that were nominated for the prize.

APC played a key role in influencing internet governance discussions at the IGF.

APC has played an active role in the IGF since the inaugural forum in 2006. We see both the annual global event and the multitude of national, regional and intersessional processes and events as critical for advancing APC's rights, social justice and development perspectives on internet governance. We have contributed to position the IGF as a valuable opportunity for capacity building, networking, connecting with different stakeholders, and taking stock on key issues that are part of the evolution of internet governance agendas. We have helped to connect the IGF with other internet governance and policy processes, promoting cross-fertilisation and enhanced cooperation. Our intensive engagement at the global IGF each year has included participating in intersessional activities such as the IGF Multistakeholder Advisory Group (MAG), the Best Practice Forums on Cybersecurity and on Gender and Access, and in various IGF Dynamic Coalitions. We have also participated in regional multistakeholder steering committees, and in regional and national IGFs.

Through our persistent advocacy on women’s and sexual rights, the IGF included a main session on gender for the first time in 2017. Although topics related to gender have been part of debates at the IGF from the beginning, it was only at the 2017 IGF held in Geneva that a main session on gender was held for the first time ever. Under the title “Gender inclusion and the future of the internet”, this session was organised by APC and foregrounded a discussion on gender and internet governance and policy, providing a space for discussing key issues and challenges that have emerged, and making recommendations for ways forward. The session occurred against the backdrop of the consistent work we have done over the years in developing the capacity of women and sexual rights activists to engage in internet governance processes, and promoting gender inclusion and sexual rights at global forums, including at the IGF.

Our work at AfriSIG has inspired national schools of internet governance to be set up in several countries in Africa.

Some examples are Kenya, Tanzania and South Africa and in West Africa. A number of these have been organised by alumni who take expertise gained at AfriSIG back to their home countries. For example, in 2016, APC member KICTANet hosted the first-ever Kenya School of Internet Governance (KeSIG) in that country, with support from Facebook and Hivos East Africa. A key aim of the school was bringing new voices into ICT policy discussions.

The capacity of civil society actors to analyse and engage with internet governance processes at the national level was also strengthened through our 2017 edition of Global Information Society Watch (GISWatch).

The edition, which focused on National and Regional Internet Governance Forum Initiatives (NRIs), included 40 country reports and seven regional reports by civil society organisations writing from contexts as diverse as the United States, the Democratic Republic of Congo, Bosnia and Herzegovina, Italy, Pakistan, the Republic of Korea and Colombia. NRIs are now widely recognised as a vital element of the IGF process and seen to be the key to the sustainability and ongoing evolution of collaborative, inclusive and multistakeholder approaches to internet policy development and implementation. The country reports highlight several challenges faced by activists organising and participating in national IGFs, including broadening stakeholder participation, capacity building, the unsettled role of governments, and impact.

APC also helped strengthen the voices of NRIs, encouraging them to share their experiences and achievements, and highlight their perspectives on internet governance. A special issue of GISWatch was published as a companion to the main edition, under the title “Internet governance from the edges: National and regional IGFs in their own words”, in collaboration with the IGF Secretariat. While the main 2017 GISWatch edition provided independent perspectives on the role of NRIs in internet governance, the special issue gave a voice to the experiences of the NRIs themselves.

APC members organised and participated in national IGFs in several countries over the period, where critical internet rights issues were raised.

Some of these were in Nepal, Sri Lanka, Argentina, Kenya and Bosnia and Herzegovina. The national IGFs raised critical internet rights issues in the host countries, strengthening an awareness of those rights. For example, in 2016, APC member One World Platform organised the second Bosnia and Herzegovina IGF in Sarajevo with more than 150 participants from government, business, civil society, the technical community, academia and the media. The forum covered universal access to the internet, violent extremism online, terrorism and the right to report, as well as human rights issues and doing business in the country's internet economy.

Echoing our work on gender rights at the global IGF, APC strengthened the engagement of women in regional internet governance processes.

In 2016, APC and our members Women’sNet and WOUGNET held a Gender and Internet Governance eXchange (gigX) event alongside AfriSIG in Durban, South Africa. The aim was to build awareness and understanding of the relationship between gender, women’s rights and internet governance. The gigX event was part of a two-year project funded by the UN Women Fund for Gender Equality which was implemented by Women'sNet and WOUGNET in South Africa and Uganda with support from APC staff. The project included “city conversations” on the Feminist Principles of the Internet and digital security training.

Through our IMPACT project, we also organised a women’s rights and internet workshop ahead of the 2016 AprIGF in Taipei, resulting in the increased participation of women’s and sexual rights activists and issues at the AprIGF.