Brutal repression of protests in Sudan, both offline and online

Home / News / Brutal repression of protests in Sudan, both offline and online 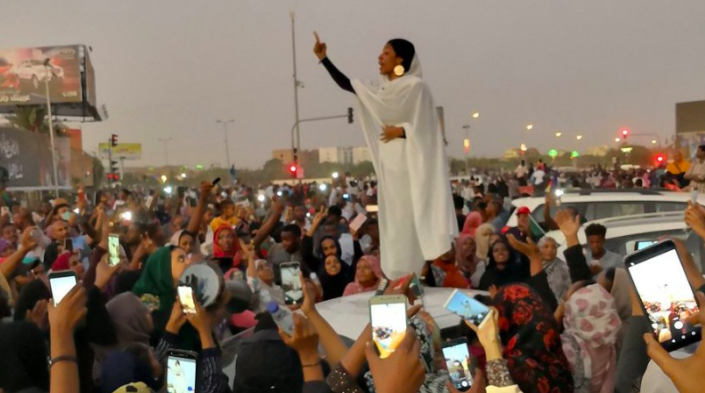 Update - 12 June 2019: APC is gravely concerned that the Sudanese authorities continue to implement internet restrictions to prevent citizens in the capital from communicating, as protesters try to reorganise after a brutal crackdown by government soldiers that left dozens of peaceful demonstrators dead. Following Sudan’s network operators Sudatel, Zain and MTN switching off mobile internet access for customers, fixed line internet services for most offices and houses were also cut, plunging the country into near total information darkness.

Protests in Sudan have spread to an unprecedented level, with women and young people being at the forefront of a movement for change that seems to have succeeded in ousting President Omar al-Bashir, after months of struggle both online and offline. But how did this all start? Let's take a look back.

Months of protests and repression, in the streets and online

On 19 December 2018, a demonstration started in Atbra, a town in northern Sudan, against the increase in food prices and the general shortage. As the protest movement quickly transformed into a challenge against al-Bashir's rule, protestors were brutally repressed, with 19 people killed according to official reports, 59 people (some children among them) according to human rights organisations and opposition groups. In addition to repressing protests, the government of Sudan blocked online services and social media platforms. According to Reuters, users of the three major telecom companies in Sudan (Zain, MTN and Sudani) stated that they were not able to access Facebook, Twitter and WhatsApp except through a virtual private network (VPN).

At the same time, the National Intelligence and security services (NISS) targeted local media and international media correspondents. Reporters Without Borders has stated that at least 79 journalists were detained in a period of two months, and dozens of international reporters were expelled from the country.

For more than two decades, the government of Sudan had controlled the press, radios and TV channels, but as more and more people shift to online media and social networks, security services turned to blocking access to the internet or slowing down connection during protests or major political events. During the massive protests that took place in 2012 and 2013, the government blocked access throughout the country for 24 hours, which caused huge losses and was met with international outrage.

The internet and social media, even through proxies, continued to play a huge role in the protests spreading throughout the country. According to human rights defender Manal Abed Elhaliem, who was interviewed by the author, "Everything is being documented. Violence by security forces, daily demonstrations... Videos and images shared by protestors through social media have replaced TV and radio channels, which people do not trust for reliable information on what is happening at the moment."

And so we have reached 11 April, when Sudan's military carried out a coup against President al-Bashir. Even though the ousting is being widely celebrated, protest organisers have accused the army of usurping power, saying civilians must lead the transitional government. Or, as stated by Alaa Salah, who has become an icon of the peaceful protests in Sudan:

"The people do not want a transitional military council. Change will not happen with Bashir’s entire regime hoodwinking Sudanese civilians through a military coup. We want a civilian council to head the transition."

International pressure will be needed to ensure that transition happens without more violence. National legislation needs to be reformed to align with international human rights standards, among other measures. Meanwhile, the more training and protection provided to human rights defenders, journalists and social media activists, the better the chances they will manage to continue to defend fundamental rights and freedoms to improve their country in these historic moments.

Liemia El-Abubkr is a Sudanese journalist who has worked with different newspapers for more than 15 years. She's a co-founder of a female Sudanese journalists network and the vice president of Journalists for HR Africa. She has contributed to APC's Global Information Society Watch

Despots and Disruptions: Five Dimensions of Internet Shutdowns in Africa

Internet shutdowns in Africa: "It is like being cut off from the world"