Take a journey through APC's history with Karel Novotný 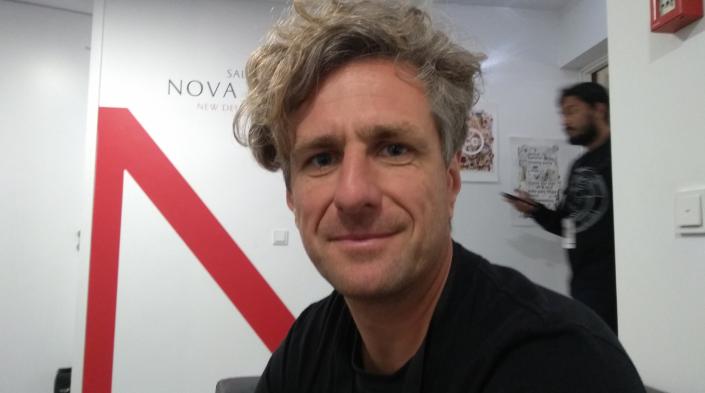 In this interview with journalist and long-time APC collaborator Frederick Noronha, our membership and network building coordinator Karel Novotný takes us on a journey through the APC network's past and present, and gives us some hints on what's ahead.

APC was founded in 1990 by seven non-governmental internet service providers (ISPs) active in different parts of the world. “Some of them were the first non-academic and non-military internet providers in their countries, including GreenNet in the UK and Web Networks in Canada,” Karel explained. (The other founding members were the Institute for Global Communications, then known as PeaceNet/EcoNet, in the United States, NordNet in Sweden, IBASE in Brazil, Nicarao in Nicaragua, and Pegasus in Australia.)

In other words, APC began as a “techie” organisation, with members around the world seeking to ensure that these newly emerging communications technologies were used to serve the needs of global civil society. During these early years, Karel added, many APC members “were very much linked to the green movement, because traditionally the green movement was the most advanced in terms of communications strategies, so they were most pressed to get quick, efficient ways of communicating, such as the internet.” Some of these early ISPs actually emerged as a response to those communication needs, he noted.

One of the first major milestones in APC’s evolution came in the mid-1990s – more specifically, at the time of the Fourth United Nations World Conference on Women, better known as the Beijing Conference, in 1995. “By then, there were several women in the APC network who started thinking about new technology from the perspective of the needs for women’s empowerment and equality,” said Karel. This led to the creation of the APC Women’s Networking Support Programme (WNSP), which played a major role in the Beijing Conference process by setting up a tent to provide internet access, information services and training to the women participating in the parallel NGO Forum in Huairou. (You can read more about this chapter in APC’s history here.)

“APC continued to grow at a relatively slow space until the early 2000s, when the first WSIS conferences came about,” said Karel, referring to the two-part World Summit on the Information Society in 2003 and 2005. “APC dived into a completely new world, which we didn’t really understand then – the world of ICT policies and governance. These were new terms for us, but they were very connected to the real experiences that APC members and APC staff had, and problems with censorship, with how the internet was governed,” he explained. “So there was a lot of learning, but it was learning rooted in the real grassroots experiences of members and staff.”

From that point on, APC has been very actively involved and highly visible in these processes – first the WSIS process and then the Internet Governance Forum (IGF) process that grew out of it. From the very beginning, Karel stressed, “APC made the strategic decision to connect this policy work with very strong capacity building for members and other partners to engage in these processes.”

Many members who were involved in much more “classic development work” – going into communities, setting up connections, teaching ICT skills – felt that “policy making was not for them, it was a completely disconnected world.” But through the capacity-building events organised regionally by APC, as well as financial support provided in order for members to attend WSIS meetings and IGFs, “some ended up becoming very important policy players nationally and regionally,” and have even been actively involved in the organisation of national and regional IGFs. The increased visibility of APC during this period in the mid-2000s also attracted many new organisations and led to a “boom” in membership.

This transformation of the APC network over the years, with greater focus on women’s rights-oriented work and policy-oriented work, for example, has been challenging, as some of the older members began to feel that APC “was no longer relevant for them.” Others, however, “reinvented themselves, taking advantage of the opportunities offered by these new areas of work, and have broadened their own work in a spectacular way.”

Circling back to our roots

According to Karel, the last “big milestone” for the APC network began around three years ago, with the addition of several new members with a high degree of technical expertise, particularly in the area of community networks, such as Zenzeleni Networks, Rhizomatica, AlterMundi and guifi.net. “Community networking is something that we worked with and played with in the past, about 10 years ago, but the fruits are ripening now,” he said – and in fact, AlterMundi in Argentina, now an APC member organisation, emerged from a training session offered by APC in 2007. “I’m very happy to see this development, because in a way, APC is closing a circle and connecting with its roots: people enthusiastic about technology and open sharing and empowering communities, experimenting and coming up with new technologies. It’s beautiful.”

Looking towards the future

When it comes to the most pressing issues facing APC today, “one thing that has become clear is that when you work in the area of ICT for development or ICT for social justice, you can’t be apolitical,” said Karel. “You need to start caring about rights, working on issues like privacy, learning about secure online communications.” While issues like these were previously considered the exclusive domain of “hard-core human rights organisations”, they are now being addressed by all members of the APC community.

Another change that has had a major impact is the loss of diversity of online spaces and growing monopolisation, especially through big market players like Google and Facebook, and the issues of data privacy and security that have emerged as a result. “We’re realising that activists can no longer depend on these architectures, so there is a pressing need now for alternative infrastructures, for data hosting, connectivity and so on.”

In terms of emerging challenges, Karel highlighted the issue of artificial intelligence as one that APC is beginning to grapple with – and in fact, the theme of the 2019 edition of APC’s annual Global Information Society (GISWatch) report will be Artificial intelligence: Human rights, social justice and development.

Beyond the APC network: Partners and allies

Throughout its almost three decades of history, APC has engaged and networked with a wide variety of other organisations and movements. For example, this interview took place while Karel was attending the recent Creative Commons Global Summit in Lisbon. “Open sharing is part of our DNA,” he said. All of APC’s publications, training materials and so on are published under Creative Commons licences “because it’s a good framework to use, and it’s a very natural link.”

The free/libre and open source software (FLOSS) movement is another “natural ally” of APC. “We use FLOSS internally, and we reach out to the developers when we have issues with the software. And they like working with APC, because APC is a perfect testing ground for developers,” he added. “Here they find people from very different cultural backgrounds, with very different computing skills, different languages, types of connectivity, bandwidth, and so on, using the software – what else could they ask for?”

Listen to the full interview here:

(Please note that due to the impromptu nature of the interview, there are a few minor factual errors in the podcast that have been corrected in this written overview.)

For more about APC's history, including a detailed timeline, click here.

The internet of memory: First we’ll take Huairou and then we’ll take New York. Hacking the UN to code technology and women’s rights into the system

The internet of memory: Encouraging more women to find their “J” spot. The journey continues