Home / Mike Jensen and the code that stitched together the APC: The pre-internet days and early efforts at linking APC nodes 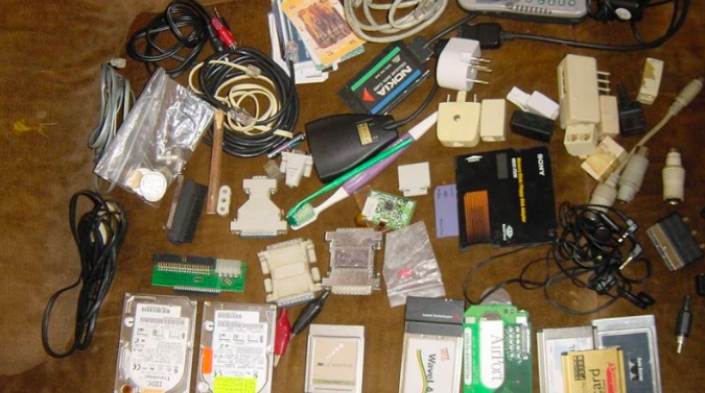 When APC decided to bring existing and new members together in a tightly linked global virtual network the Internet as we know it didn’t exist. Most hosts 1 used by activist networks were stand-alone systems and there were no commonly used protocols for automating the sharing of data and the delivery of email between users. Many hosts even had ‘human gateways’ – people who would actually cut and paste messages between their own network and the remote network in another country. In the late 1980s, technicians (often self-taught) had to physically travel from one part of the world to another, installing the software and writing programming code to allow disparate NGO computer systems to “talk” to each other and so send email and share information.

Mike Jensen had never expected to become a computer networking expert. A native South African, he studied ecology and, as a post-graduate at the University of Guelph in Canada, specialised in acid-rain pollution research. However in the early 1980s in the United States, the primary producer nation of environmental pollution, President Reagan was continuing to deny the linkage between pollution and acid rain, Jensen began to seriously question the value of putting effort into writing scientific papers that seemed to have little impact on policy making. He moved into journalism, writing about pollution and its effects for student newspapers and a local radio station.

Jensen returned to South Africa to work as a reporter at the Rand Daily Mail in Johannesburg. However, the paper was closed down, a victim of Apartheid-era demographics – a paper read by both blacks and whites could not get advertising. With the political situation in South Africa deteriorating rapidly, Jensen decided to emigrate to Canada in 1985.

While he waited for his Canadian immigration clearance, Jensen, who had learned computer programming as a tool for his post-graduate research, opened a computer account at the University of Toronto. The academic community and outsiders had recently started using USENET newsgroups for online discussions and information sharing and there was a lot of excitement about the future of computer networking. Jensen, still passionate about ecology, had started volunteering with the activist Ontario Environmental Network (OEN) almost as soon as he had arrived in Toronto, and, looking at the USENET model, wondered if a similar computer network could be put together for environmental groups. It was easy to convince OEN members, who were attracted by the idea of environmental activists nationally exchanging information and communicating quickly and comparatively cheaply, and their associated funders, who had already been considering supporting the use of commercial networking systems to facilitate communication between Canadian environmental organisations were interested in providing some financial support, despite the fact that these commercial enterprises were relatively expensive and primarily business-oriented.

Fortunately, documented on the USENET itself were the experiences of those who were building low-cost bulletin-board services on the emerging Intel personal computer (PC) based architecture. So, supported by a grant from the Ontario government and the United Nations World Food Program, in 1986, Jensen set up a multi-user network for the OEN using a cheap personal computer (a 286-AT IBM clone) and a PC-based version of Unix produced by Santa Cruz Operation.

Calling itself “The Web” (prior to Tim Berners-Lee’s adoption of the name for the World Wide Web), the system set up by Jensen provided much cheaper access for NGOs than any of the commercial systems available at the time and its user base expanded quickly. Seeing the network was clearly a successful start, the OEN created the Non-profit Innovations and Resources for the Voluntary sector (NIRV) Centre to run and expand The Web and to focus on activities in the emerging ICT sector for NGOs, including training, desktop publishing and hardware supply.

The Web was very clear about its mission. “We were immersed in a social movement,” explained Jensen in a series of interviews with the author in the mid 1990s. “The political ambition was to make use of these new tools to further the general goals, which were initially focused on the environment. We were using it (The Web) as a way of connecting all the OEN member organisations, and supporting them in whatever they were doing.”

With similar movements emerging in California at EcoNet/PeaceNet, and in London at GreenNet, it was only a matter of time before discussions began which would led to the formation and expansion of an international NGO computer network – the Association for Progressive Communications. Jensen became one of several technicians who travelled around the world installing software and working with local technicians to link up emerging NGO networks.

The preparation for the link-up of an existing computer network ‘node’ (or host) to APC’s international NGO network went something like this. In the link-up of the Pegasus network in Australia in 1990, Jensen spent a few weeks setting up a duplicate copy on hard disk of the ‘mother system’ running at EcoNet/PeaceNet. The ‘mother system’ was the master APC software, on which the communications networks by that time also operating at the Web and GreenNet were based. Then he flew the disk and all the other pieces of computer hardware that were difficult or more costly to obtain, to Byron Bay, a small surfing town on the east coast of Australia. He then spent the next four months setting up the networking system and connecting Pegasus to the APC network.

“It (the link-up of Pegasus)2 was the best working holiday of my life,” he claimed, jokingly. “It wasn’t all play though, there were some pretty stressful times too.” An earthquake hit California (home to IGC) whilst Mike was in Australia, cutting off all the other APC hosts access to the central hub at EcoNet/PeaceNet. “We were all scurrying around making plans to call London and Toronto,” remembered Mike. Fortunately, the problems in California didn’t last long enough to cause a major communications breakdown of the APC network.

By late 1990, Jensen was back in Africa with support of a North American NGO called Tecnica, which was broadening its initial operation from Nicaragua. In his free time he upgraded a local bulletin-board system to be able to network with other remote hosts. Called Micro-computing for Non-Governmental Organisations (MANGO), MANGO had been created a year earlier by a coalition of NGOs headed by the southern African regional news agency Africa Information Afrique (AIA), the Southern African Research and Development Centre (SARDC) and the Ecumentical Documentation and Information Centre for Eastern and Southern Africa (EDICESA). In Harare, Jensen, working in an apartment specially rented by AIA for MANGO, moved the bulletin board over to the Fidonet3 system, which allowed low cost ‘store-and-forward’ communications between individual computers and network ‘post offices’. This technology operated well even over very poor phone lines, making it ideal for use in Africa. It was cheap to use because the store and forward technique required very little online time.

1991 found Jensen based at GreenNet in London upgrading APC’s networking software to allow the smaller Fidonet based systems that were now emerging in developing countries, and such as he had set up on Zimbabwe, to “gateway” with the APC hosts. “Gatewaying” allowed the smaller hosts to tap directly into the email services and information newsgroups (known as conferences) offered by APC members.

With grant money raised by GreenNet and its then partner Soft Solution, Jensen returned to South Africa to install a gateway at WorkNet, the South Africa APC partner that was set up in 1987. It took six months to enable WorkNet to gateway with Fidonet and to use another computer protocol, UUCP, to connect with GreenNet in London. But it was worth it. The connection with GreenNet was more cost effective than with the previous international connection through commercial provider GeoNet.

By the end of 1991, Jensen with assistance from colleagues in the APC network had helped knit together seven nations into the APC network, including Senegal, Nigeria and Kenya. Each node of the network linked activists and NGOs in each country nationally and internationally. This was a feat in itself and even more so considering that most of the newly linked-up groups were in Africa where the Internet would be long in coming and expensive when it arrived.

“Coming from a journalist background, I’m actually more interested in bringing content from one place to another,” reflected Jensen in a 1997 interview with the author. “But what motivated me to spend the last ten years in spreading access to the (APC) network is that I’ve always felt that there was not much point in having the content there if a lot of people can’t use it. We are slowly getting there. The Internet is beginning to pervade, and capital cities of Africa now at least have some degree of access, but that’s not good enough yet. We still have to bring it further out so that people in rural areas have access.”

1 Host – a computer that offers services to networked users
2 Thanks to Ian Peter for information regarding the early Pegasus days
3 For more information about Fidonet, see: Karen Banks, “Fidonet: The ‘critical mass’ technology”, APC Annual Report 2000

Brian Martin Murphy is an academic from Canada who has followed the development of APC closely since the mid 1990s. He was based in Zimbabwe and South Africa for several years.

APC would like to thank Mike Jensen for his contributions to the article. Mike continues to be based in South Africa, is a well-known networking and Internet advisor to governments and civil society in developing countries around the world, and remains a close counterpart of the APC community.