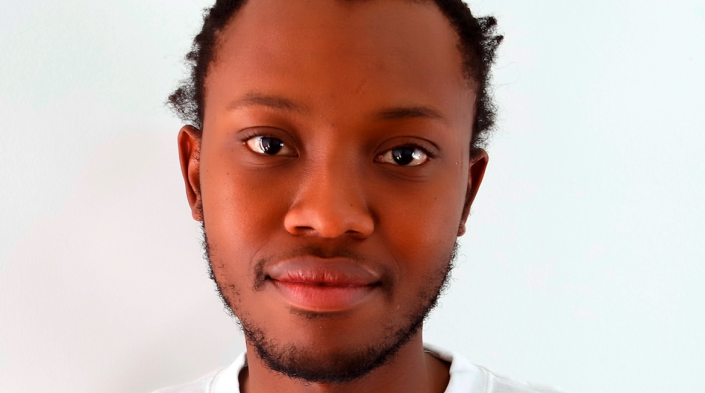 A fundamental challenge in need of urgent resolution in the digital age is how to protect human rights and freedoms on the internet, and the African continent is no exception. African internet rights are at the core of APC’s work and will take another step forward with our new Africa policy regional coordinator, Sekoetlane Phamodi, who just joined APC.

Sekoetlane Phamodi is a Black feminist activist trained in journalism and law. He has been involved in broadcasting and media freedom advocacy for four years, as a highly networked and experienced project integrator, communicator and facilitator with nearly 10 years of experience in civil society in South Africa. He has worked in a range of areas in the development sector, advancing social justice struggles concerning HIV and AIDS, sexual violence, gender justice and media for development. In addition, Sekoetlane is a regular commentator on the intersections between politics, race, class and gender, and has been widely published across a range of major national print and digital titles in South Africa.

“I come from a feminist activist background,” Sekoetlane explains. “Social issues in Africa and elsewhere, from freedom of expression to all economic, social and cultural rights, have always been connected to a gender justice and sexual rights lens for me.”

After his work with the SOS Coalition, Sekoetlane sees APC as the way to move his work forward into a broader space with a strong feminist voice and approach. “APC seemed like a perfect fit, an organisation invested in the global South and with a strong presence in Africa. There are few tools more powerful for the empowerment of African people as the African Declaration on Internet Rights and Freedoms and the Feminist Principles of the Internet," he pointed out.

APC’s new Africa policy regional coordinator, who is also an alumnus of our 2015 African School on Internet Governance, sees the African Declaration as a progressive blueprint for shaping internet governance on the continent, as the internet becomes the primary means for people to connect and communicate with one another and the rest of the world. He believes it can do for the internet in Africa what the Windhoek Declaration did for broadcasting on the continent. “It is good to see Africa continue to lead in securing a free and open internet, accessible and representative of people so marginalised by the global North and by local and regional governments.”

As for the Feminist Principles of the Internet, he sees them as a “powerful framing for Africa, that as a regional community needs to prioritise the needs and rights of people who are worse-off, to create an equitable world. The voices, lives and experiences of women and sexually marginalised people in the global South find ourselves more protected and empowered by seeing the internet through the FPIs lens.”

Sekoetlane will build on the outstanding work done by Emilar Vushe, who led APC’s Africa regional work for more than seven years until 2016. “So many good things have been done already, including the Banjul internet resolution last year, which we now need to domesticate into the different regional and local contexts. We need to build on the work people like Emilar have done for the continent.”

Asked about how he feels regarding the challenges ahead, Sekoetlane said he has become daunted by the sheer amount of work and responsibility he is presented with. “My role, the way I see it, is making an impact that can help transform the lives of people in the continent, including movement building around the African Declaration. We see more and more repression of free speech in Africa, instances of internet shutdowns in times of socio-political instability, and tools like the African Declaration can help draw a significant community to battle this and defend our rights. Connecting that with feminist perspectives and practices is something I will promote, as more than half of our continent is made of women but only a quarter of women have meaningful access to the internet. Using the internet as a tool for change at the level of economic, social and cultural rights requires putting women at the centre. In my language we say ‘Mosali o tšwara thipa kabohaleng’ – it’s a Sesotho proverb that means ‘Women are holding knives by their blades’,” he added.

In other words, women are nuclear to African societies as a whole. “We have such a history of colonial oppression that we need to face this new era – with the rise of neoliberal capitalism and its political agenda, cultural imperialism and neocolonialism – through the knowledge economies that are held by tools such as the internet. Only through the empowerment of women will we see the empowerment of all our people.”