New report on climate change and ICTs: What information and knowledge can do

Home / News / New report on climate change and ICTs: What information and knowledge can do 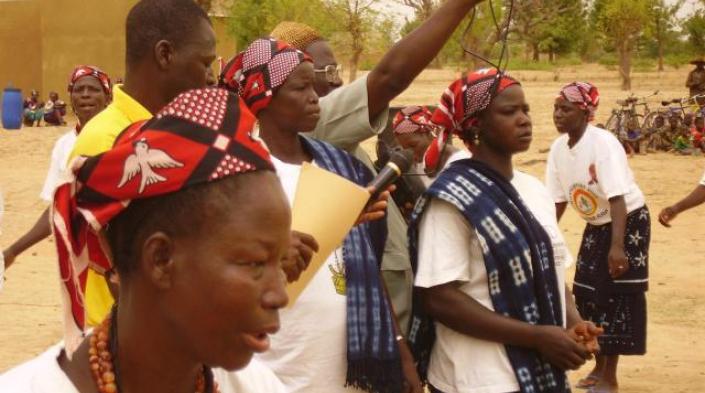 Studies reveal that the use of information and communication technologies (ICTs) makes up 2% of all global emissions – the same amount as the airline industry. By 2012, 4.5 billion people will have access to a mobile phone – the majority will be those live on less than USD 2 a day and be the most likely to be affected by climate change. Planting the Knowledge Seed – Adapting to climate change using ICTs a publication from the Building Communication Opportunities alliance, explores the practical linkages between climate change, access to and sharing of information and knowledge and communication for development.

This publication invites you to think outside the box,” say authors Patrick Kalas and Alan Finlay. “It takes you on a journey to [..] consider[s] how everyday information and communication tools such as radios, mobile phones, personal computers, the internet and interactive media can help reduce the risks of climate change faced by the most vulnerable segments of the global village through providing access to and the sharing of timely information and critical knowledge.”

The target audience of this publication are not experts on ICTs or climate change, but development practitioners and policy makers overall: those who will be faced with the need to interpret the demands of climate change, and apply these to their work in the context of the possibilities afforded by ICTs.

Some of the case studies highlighted include:

In the Asia-Pacific region community radio is being used to improve relief delivery mechanisms in the face of the humanitarian impact of tsunamis. This technology is also being used in Latin America, where changes in water quantity and quality due to climate change are affecting the availability of and access to food, as well as in Africa where desertification is a reality.

Evidence of vulnerabilities is already visible in the Bundelkhand region of Central India which has faced extreme weather events over the last ten years and witnessed a 50% decrease in food grain production. Likewise, competing demands on increasingly scarce water resources have adversely affected marginalised agricultural communities in pockets of the Indo-Gangetic belt, especially in Eastern Uttar Pradesh. The lack of knowledge on how to cope with this is only making things worse, but internet platforms are starting to bridge the gap.

Peru’s Huaral Valley cuts through a semi-arid and desert region and only receives about eight millimetres of rainfall annually. Water for irrigation is so scarce in this region that it must be obtained from the lakes in the neighbouring highlands. The authors tell how a network of small, local telecentres was established, which facilitates the fair distribution of irrigation water.

In southern Madagascar environmental change is pushing the poor even closer to the margins of survival. A project called “Survival Strategies” has provided the affected communities with an online platform to share their experiences, knowledge and coping strategies and to voice their concerns and priorities for the future.

Planting the Knowledge Seed – Adapting to climate change using ICTs can be read and downloaded online.

Photo: AMARC. Community radio practitioners and community media have been using ICTs to confront the effects of climate change in local communities in Africa.