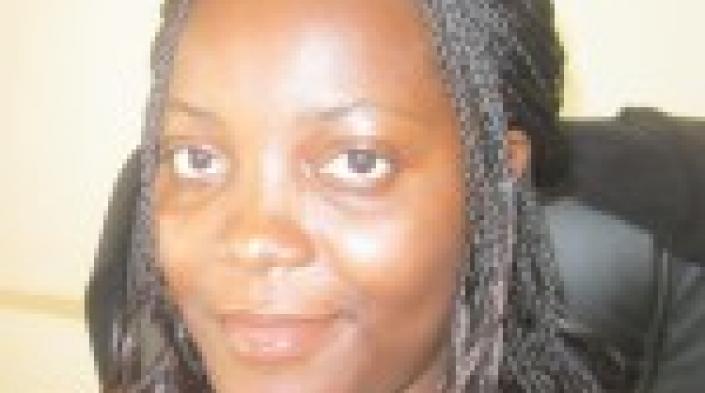 Internet intermediaries (ISPs, content providers, infrastructure providers) are increasingly being held liable for the content circulated by users. Two years after conducting research on the issue in Uganda in a project coordinated by APC, Lillian Nalwoga talked to APCNews about the latest developments in the country, where a recent anti-pornography law can go as far as sending intermediaries to prison.

What are the latest developments in internet intermediary liability in Uganda?

On 6 February this year, the president passed into law the Anti-Pornography Act, 2014. The act criminalises the production, trafficking, publishing, broadcast, procurement, import, export, selling or abetting of “any form” of pornography, which can have a significant impact on intermediary liability. It creates the criminal offence of pornography and targets internet service providers (ISPs), content providers and developers to be liable for content that goes through their systems. The law establishes a Pornography Control Committee which, among other things, will look into the development of software to block pornography. Once it is procured, ISPs are obliged to install this software to monitor, detect, filter and ultimately censor pornography. An ISP through whose service pornography is uploaded or downloaded is punishable with a fine of up to 10 million Ugandan shillings (USD 4,000) or five years imprisonment or both. Subsequent conviction of the ISP may lead to the suspension of its operating licence.

The other problem is that the definition of pornography is extremely vague. The law mentions sexual images, indecency, but there is no distinction between soft and hard-core pornography, for example. This in itself has drawn criticism from various activists and civil society organisations.

There is a possibility that the government may use “moral” filters introduced by this law for other things, probably looking for content on homosexuality, or targeting people for political reasons. This affects people’s rights to choose what to see and what not to see, by creating a sense of fear that someone else is watching what they’re accessing. We’re also concerned that the act did not get wide public input. CIPESA and other civil society organisations are drafting a series of statements calling for amendments to this act.

This seems to be threatening citizens’ freedom of expression. Are there other legal measures that are going in this direction?

Another measure that could deter freedom of expression online is the recent signing of the Anti-Homosexuality Act, 2014 in February 2014. This law bans any form of sexual relations between persons of the same sex, and also prohibits the promotion or recognition of homosexual relations. Promotion of homosexuality, including the use of “electronic devices which include internet, films, mobile phones for purposes of homosexuality or promoting homosexuality,” is punishable with a hefty penalty of 100 million Ugandan shillings (USD 40,000) or a minimum five-year and maximum seven-year prison sentence. Certificates of registration for corporate bodies, associations or NGOs could be cancelled and their directors and promoters could be punished with seven years imprisonment on conviction for “promoting pornography.” There is fear that this particular clause could lead to a crackdown on organisational websites that work with the LGBT community in Uganda.

Another worrying development is the new Uganda Communications Act, 2013 which has been criticised for placing uneven powers in the hands of the ICT minister, who has the authority to approve the regulator’s budgets and appoint board members with the approval of the cabinet. This law merged the Uganda Communications Commission and the Broadcasting Council and reconstituted them as one body known as the Uganda Communications Commission. As we reported in our previous study, in 2011 the UCC issued a directive to ISPs to temporarily block access to Twitter and Facebook during opposition-led protests on high food and fuel prices. While the independence of the regulator has been questioned, the new law gives it power over radio and the internet. Recently, there has been an increase in the number of directives by the regulator instructing radio stations what not to air.

Last year, the security minister announced plans to set up a social media monitoring centre in the name of protecting national security. Our concern is that legitimate citizens’ opinions may be suppressed simply because they criticise the government. In the same year, the Ugandan police shut down four media outlets for 11 days – including two national newspapers and two radio broadcasting stations – for publishing and discussing the contents of a “classified” internal government letter, with details of the alleged succession plans of the Ugandan president and his son being fronted to take over after him. It is possible that in future, social media users could similarly be targeted for discussing issues such as those that got the four media houses in trouble.

Particular individuals are also being targeted, as seen in the Facebook transparency report for the first half of 2013, where Uganda was one of the five African countries that asked the company to disclose information on a user. Facebook turned down Uganda’s request. The increased government interest in what users are doing online is likely prompting self-censorship among citizens.

What kind of technology are they using in the social media monitoring system?

There are unconfirmed reports that there is ongoing government surveillance of communications and that procurement of specific software and hardware to support these capabilities is under way. Whereas there is no evidence to this effect, the perceptions and rumours have instilled a sense of fear among users.

In the second half of last year, CIPESA in partnership with the Citizen Lab at the University of Toronto conducted filtering tests in Uganda on up to 180 websites hosted locally and internationally. The tests which were carried out using rTurtle software did not detect any filtering or blocking. There were two websites (a dating site and a proxy) which were found inaccessible but further tests on these were inconclusive.

What is your current involvement with the government? How are you trying to change things?

We have consulted a lawyer who has advised us to contest in the Constitutional Court the most contentious provisions of the Anti-Pornography Act, such as holding intermediaries liable for content that may pass through or is hosted by their networks. That is one course of action we are contemplating. At the moment, we’ve joined forces with different ICT organisations in Uganda and issued a statement calling for the amendment of the act. We are combining strengths to lobby together. Another important aspect of our advocacy would be support for women’s rights activists in correcting the misconception that the Anti-Pornography Act aims at banning “indecent clothing” or “mini skirts”, which has resulted in the stripping of some women on the streets. In addition, we are also working towards building the skills of different user groups in staying secure online and on ethical online behaviour under our OpenNet Africa project (www.opennetafrica.org), which promotes and monitors internet freedoms in Africa.