Co-creating a feminist internet in 2020 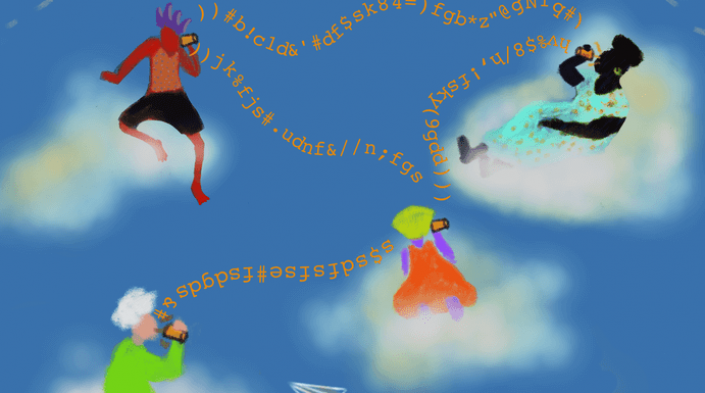 APC supported women and LGBTIQ+ communities during the pandemic, helping them meet the threat of increased violence against women and people of diverse sexualities and genders. We moved our capacity-building programme online, made submissions on gender-based violence at the UN’s Human Rights Council (HRC), and, through small grants, ensured that funds were channelled to marginalised women most in need.

Taking our work on building a feminist internet community online

Using our model and guiding principles on diversity and inclusion, APC continued to convene communities of women and LGBTIQ+ people online during the COVID-19 pandemic. This included a Take Back the Tech! convening and Feminist Tech Exchange (FTX) and EROTICS storytelling training sessions, and the second Feminist Internet Research Network (FIRN) convening. At the FIRN convening, held in June, APC co-created and expanded our collective knowledge on building a feminist internet by sharing experiences and research findings from eight research projects led by FIRN partners based in different regions of the global South.

After years in the making, the FTX: Safety Reboot curriculum was launched in November 2020. A critical and evolving tool for feminist trainers, particularly those engaged in training on digital security and online gender-based violence, the curriculum includes six modules and has been translated into Spanish, French and Portuguese. During 2020, members of the FTX trainers network held informal collaborations, particularly around how to host virtual trainings and online events, with a core focus on digital security. We also developed a new FTX: Safety Reboot online space to accompany the curriculum.

APC encouraged an interest in digital security from a feminist perspective by holding virtual trainings. This included the successful launch of #FTXStory, which we will build on in 2021. Through our EROTICS South Asia project, we hosted a virtual storytelling training of trainers where we learned about and documented how to hold virtual training that includes ensuring the safety and well-being of participants.

The 2020 Take Back the Tech! campaign continued to use the space of the 16 Days of Activism to highlight online gender-based violence from the perspective of agency and control over technology. The campaign focused on intertwining threads of discovery, possibility and pleasure with circuits of resistance against online gender-based violence. We conceptualised this as three days of asynchronous jam sessions, real-time cocoons of care and playfulness, and live multilingual thought mash-ups.

Shifting policy frameworks towards a feminist internet and sharing knowledge

The COVID-19 pandemic has intensified the violence that women experience online and offline. As part of APC’s work to influence UN rights frameworks, we made a submission to the UN Special Rapporteur on Violence Against Women’s thematic report on domestic violence during the pandemic. We also supported partners to submit country reports on the issue, from Lesotho, Zimbabwe, Uganda, Nigeria, India, the Philippines and Bosnia and Herzegovina. The Lesotho and Zimbabwe submissions were done by our long-time partner the Coalition of African Lesbians, who have consistently taken up issues related to digital technologies with their constituencies.

APC co-facilitated the IGF’s Best Practice Forum (BPF) on Gender and Access, continuing our work of influencing governance processes so that they integrate feminist perspectives. In 2020, the BPF conducted an assessment of internet-related policy processes and spaces using a feminist approach, to determine whether and how they protect and foster the participation of women and gender-diverse people, particularly youth.

Throughout the reporting period, APC’s Women’s Rights Programme staff participated in webinars and discussions, among other online convenings, most often in response to requests from partners and members in our network. At these events we drew attention to the intersection of women's rights, feminism, sexuality and technology.

APC also formed a dissemination partnership with Pikara magazine, a feminist media outlet, with the purpose of bridging the knowledge gap on feminism and digital rights.

Subscribers to APC’s Twitter accounts campaigning for women’s rights online, @takebackthetech and @dominemoslastic, as well as readers of our GenderIT.org feminist website had grown significantly by the end of 2020.

Freeing up resources for a feminist response to COVID-19

APC catalysed creative responses to online gender-based violence among informal and marginalised groups through our All Women Count! Take Back the Tech! (AWC-TBTT!) project. The project awarded 18 small grants to individuals, organisations and collectives in Africa, South Asia and the UK. Of the 191 outputs from the project, 62 were in languages other than English, significantly contributing to information available in local languages. The grants ensured that resources reached communities most in need during the pandemic, including individuals and collectives working at the grassroots, and who ordinarily would not have access to resources.

APC member Kenya ICT Action Network (KICTANet) built the capacity of women to create online content using different media in Kenya to respond to the need to push back against cyberbullying. It produced a content creation guide and a comic strip that can be used to advocate for the role of netizens in creating safe spaces for women, and hosted national TV shows to talk about how women can create content online. Among other things, the TV show provided a practical introduction to content creation for women who are based in rural areas. KICTANet trainees have now formed a community of content creators who offer each other support by giving feedback and being the first audiences for each other’s content.

APC member Nodo TAU encouraged the recognition and understanding of women’s experiences during the pandemic by hosting a series of online meetings with three groups of women at the end of 2020. Women teachers and trainers, women artists and artisans and women leaders of community organisations shared their experiences at these meetings, with a particular focus on the relationship between gender, technologies and the pandemic. The women collaborated on developing two animated videos, two podcasts, and a series of postcards and posters that they disseminated both digitally and in print in their networks and communities.

APC member Intervozes worked with Indigenous peoples’ organisations and communities in Brazil to help them share the stories of fisherwomen, shellfish farmers, rural workers, quilombolas and other women from traditional territories affected by an oil spill on the Brazilian coast during the pandemic. In an initiative called “Waves of resistance”, they created a podcast series of six episodes on topics such as the right to water, the right to health, the right to adequate food, the internet and inequalities. These were broadcast on WhatsApp groups and on 30 community radio stations in Brazil. The project included a course on communication and socio-environmental justice aimed at communicators. All of the content for the project was developed by women. They included interviews with 24 mostly black women.