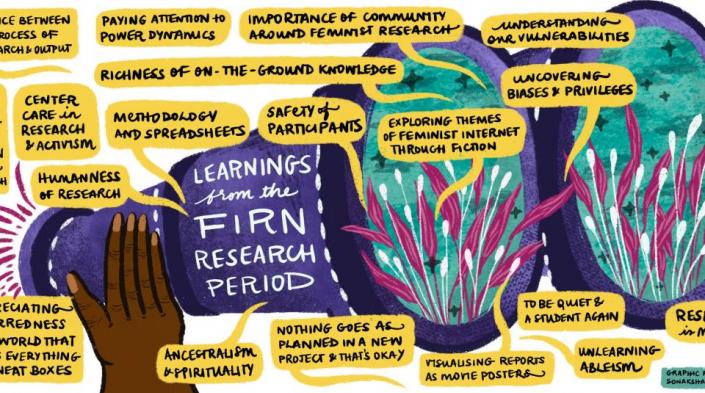 In 2019, the Association for Progressive Communications Women’s Rights Programme (APC WRP) was part of setting up the Feminist Internet Research Network (FIRN) and held the first research hack-a-thon with a small group of research organisations and individuals. The FIRN second convening was held from 15 to 23 June 2020. The network gathered online to exchange experiences and research findings with the eight research projects that are led by FIRN partners based in different regions of the global South. The convening brought together FIRN research project partners, FIRN’s peer advisors, the APC WRP team as network coordinators, and the International Development Research Centre (IDRC) as project funder.

The second convening was special because we celebrated the finalisation of four research projects. These researchers shared their findings and analysis with the network:

The other four projects will be completed in 2021. During the convening, the researchers shared preliminary findings:

In these 21 pages report summary we share presentation briefs, quotes, insights and discussions from the convening.