APC and the NEPAD Planning and Coordinating Agency–e-Africa Programme call for applications to the second African School on Internet Governance to be held from 23 – 26 November 2014. The venue of the school will be advised in due course.

By the time most members of civil society active in internet governance heard of the NETmundial Initiative (or Alliance as it as originally termed) it was already a fait accompli. Only a few carefully selected civil society have been given a chance to participate in internet governance’s next “great event”. APC was one of the organisations that received an invitation but as we are not attending the meeting we are sharing these remarks.

In 2011, the UN Special Rapporteur on the promotion and protection of the right to freedom of opinion and expression, Frank La Rue, presented recommendations for governments in the area of access to internet and freedom of expression. This meeting, convened by the Special Rapporteur in collaboration with APC, will be an opportunity to look at the current situation of access in the Africa reg... 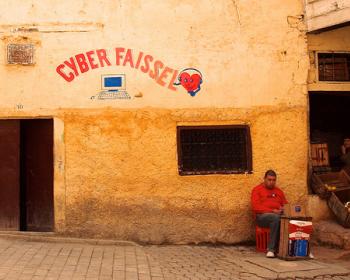 Internet intermediaries: The dilemma of liability in Africa 19 May 2014 Emilar Vushe Gandhi

In this editorial for a special edition of APCNews we look at the role of governments and the impact of regulations that hold internet intermediaries liable for content uploaded or circulated by users. We argue that protecting intermediaries is an important step for having a free and open internet and for promoting the development of regional content, and stress the importance of explicitly add...

NETmundial was a remarkable and historic event. To give it its due and build on it going forward, in this assessment we acknowledge its achievements as well as its flaws.

The Web We Want campaign, which supports global, national, and regional efforts to make the web universal, free, and open, has launched its second round of small grants in two categories: Rapid Response grants (open and rolling) and Web 25 Year of Action grants (deadline: 7 April 2014). 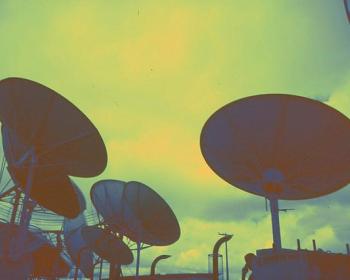 Spectrum for broadband and broadcasting 27 February 2014

APC’s efforts to ensure affordable and equitable internet access focus significantly on radio spectrum. While use of wireless internet, particularly through mobile devices, is growing exponentially in the developing world, access to reliable and affordable broadband continues to be a challenge, especially for remote and rural locations. Open, development-oriented spectrum management has great...

Civil society activists from sixteen African countries met on 12-13 February 2014 in Johannesburg to begin a dialogue towards the development of an African declaration on internet rights and freedoms.

From 10-11 February, APC will host the event “Internet intermediary liability: towards evidence-based policy and regulatory reform to ensure free expression and access to information on the internet” in Johannesburg, South Africa.

Internet intermediary liability: Towards evidence-based policy and regulatory reform to ensure free expression and access to information on the internet 06 February 2014

APC is hosting a workshop on “Internet intermediary liability: towards evidence-based policy and regulatory reform to ensure free expression and access to information on the internet” in Johannesburg, South Africa. The aim of the workshop is to develop best practice guides for law makers and regulators in Africa – based on the discussion and conclusions of the workshop. This event will t...