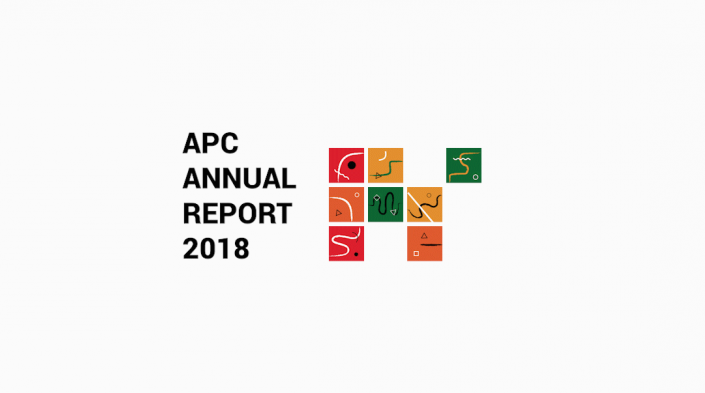 APC's 2018 Annual Report offers an engaging dive into one year in the network's life. It’s been a year of intense work and satisfaction at APC, through community networks in rural villages in Cauca, Colombia, and Mankosi, South Africa; digital rights campaigns in Lebanon, Macedonia and Kenya; rights-based policy advocacy in Bangladesh, Cameroon, Chile and Mexico; film production in Myanmar; a regional feminist internet meeting in Serbia; feminist learning communities in El Salvador, Honduras and Guatemala; a girls' hackathon in Costa Rica; a computer waste management plant in Argentina; an outstanding internet governance school in Africa and even a school makeover in the Democratic Republic of Congo.

All the stories – about real people and their ways of caring about each other in a difficult world – are clustered under the six priority areas that have informed APC's work from 2016 until 2019: Access, rights, a feminist internet, governance, use and development and APC community. We did our best to convey in 67 stories the main highlights of APC's impact during 2018: