Andrew Garton is an independent filmmaker, musician and writer with a background in community access video and broadcasting. After a decade of music-making in the 1980s, his interest in participatory democracy and the distribution of chemical-free food led him to co-establishing Pegasus Networks, a pre-internet service throughout Australia, the Pacific Islands and Southeast Asia.

His work spans the genres of non-fiction film-making, short-format documentary, non-linear radio documentary drama, projected video and sound installations. Andrew has produced public events on such wide-ranging topics as open licenses, community cultural origins and place-making, and media arts exhibition works with asylum seekers focusing on their connections to homeland. His films include The Light Show, a history of psychedelic lighting design in Melbourne and Sarawak Gone – a series of shorts on land rights issues in East Malaysia. This included TONG TANA, a documentary drama for radio on the cosmology of the last forest dwellers of Sarawak. His first feature is Ocean in a Drop – broadband impacts rural India.

Andrew has a Master of Arts in Interactive Media, is an Adjunct Industry Fellow, Media and Communication, Swinburne University of Technology, and an independent member of the Association for Progressive Communications. He works out of his Secession Films post-production studios on the rural outskirts of Melbourne.

Download his CV and know more about his work [PDF]. 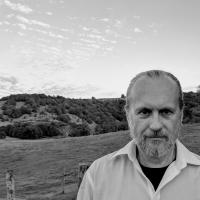