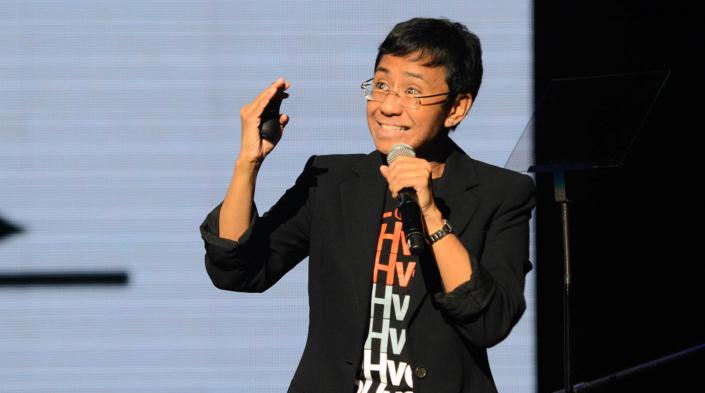 After the arrest of Award-winning Philippine journalist and Rappler CEO Maria Ressa, APC member Foundation for Media Alternatives (FMA) published the following statement (also published on their website). As of 14 February, Ressa has been freed on bail, a day after her arrest on charges of "cyber-libel" drew international condemnation.

FMA denounces the arrest of Rappler CEO Maria Ressa. As advocates of human rights and communication rights, FMA stands by press freedom and free speech as fundamental to civil liberty, especially at a time when the very foundations of democracy are under threat.

The arrest of Ressa today, February 13, 2019, minutes before the court closes for processing bail payments, is clearly an underhanded move to harass critical media and tear down the pillars of truth. The case against Ressa rests upon a flawed interpretation of Republic Act 10175 or the Cybercrime Prevention Act as an ex post facto law, which is prohibited by the Philippine Constitution. Retroactive application of section 4(C)(4) of the Cybercrime Prevention Act sets a dangerous precedent, especially for a crime as contentious as cyber libel.

This is not the first time that the Duterte government bared its teeth against media organizations that dare report the truth. In 2018, the administration orchestrated a series of regulatory threats to intimidate media organizations such as ABS-CBN and the Catholic Bishops’ Conference of the Philippines. It is clear that Ressa’s arrest is not an isolated case, but rather part of a deliberate assault on our liberties, as well as an attack on strong women.

Without a free press, without a public sphere that encourages difference and dissent, individual forces increase their capacity to manipulate and monopolize public opinion. This is how authoritarian regimes are born. We cannot let any attempt to curtail press freedom succeed.