What's new on the spectrum? “Let's make sure we can use it for what is needed”: A conversation with Peter Bloom from Rhizomatica

Home / News / What's new on the spectrum? “Let's make sure we can use it for what is needed”: A conversation with Peter Bloom from Rhizomatica 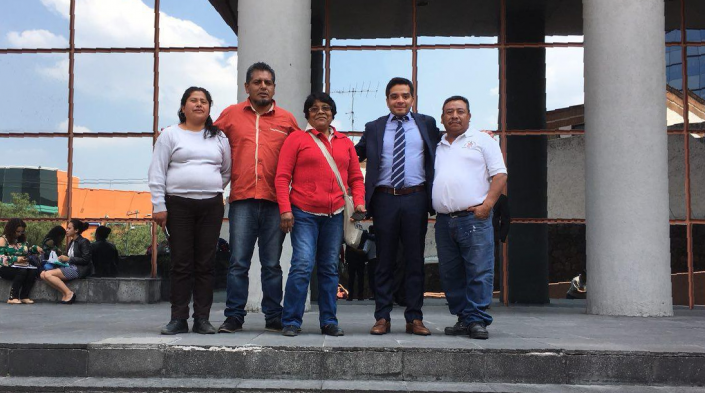 For the second interview in our spectrum series, we had the chance to speak with Peter Bloom, general coordinator and founder of Mexico-based NGO and APC member organisation, Rhizomatica.

Peter established Rhizomatica in 2009 with the mission of increasing telecommunications access by helping communities to build, own and manage their own low-cost, open source communications infrastructure. Since then, the organisation has helped to establish local telecommunications cooperatives, developed initiatives to reduce the cost of backhaul, and successfully advocated for more equitable regulatory frameworks which enable spectrum sharing and community network development. In recognition of his extensive work in telecommunications, community development and human rights, Peter was named an MIT Technology Review Innovator under 35 and one of Foreign Policy’s 100 Leading Global Thinkers in 2015.

During a wide-ranging conversation with APC News, Peter highlighted emerging trends in spectrum regulation, the importance of empowering communities to govern their own telecommunications and participate in policy debates, and the need to see spectrum as “a potential to communicate over the airwaves” rather than a commodity to be owned.

APCNews: What role does the spectrum play in Rhizomatica’s work?

Peter Bloom: Fundamental. We feel our main contribution is actually in this area. In addition to helping build networks (which generally require using spectrum), we spend a good amount of our time trying to make it easier for people and communities to access spectrum. We advocate and lobby in Latin America and in international fora, such as the ITU, and also work directly with governments and regulators to help change hearts and minds around how to administer spectrum. For us, activism around spectrum is about raising consciousness as well as making concrete proposals so that we can challenge the status quo and eventually create equal access to this public resource. Spectrum regulation is a space with few other activist organisations due to the complexity and opacity of the issue. It is also one in which huge, transnational corporations dominate the way laws and regulations are formulated and enacted. So there needs to be an opposing voice offering alternatives, and we feel we are part of that voice.

APCNews: Rhizomatica’s mission is to support communities to build, govern and own their own communication infrastructure. Does this mandate involve education about spectrum issues? How does Rhizomatica work to empower communities not only to manage their own connectivity but also to participate in policy and regulation discussions?

PB: We certainly do and throughout our work, communities have been directly involved in the advocacy process around spectrum. In Mexico, just to give one example, the communities that are part of the project have direct governance and control of the organisation, which in turn employs lawyers who are tasked with carrying out the vision of these communities. This recently played out in us taking the government to court over taxes they wanted to charge the project related to our use of spectrum. Indigenous community members went to Mexico City to speak with one of the judges to explain our position and we ended up winning.

APCNews: Can you describe the key elements of the regulatory environment for spectrum in Mexico and the Latin American region?

PB: This is a complicated question as each country has its own regulatory framework. There is really no way to characterise the whole region. In the case of Mexico, which we are most familiar with, we have a pretty good situation now (after decades of struggle, mainly by indigenous communities). There are a couple of important things that are happening in Mexico in terms of spectrum regulation. The first is that communities and NGOs have an equal right to spectrum and can hold telecoms and broadcast licences without discrimination and operate any service they are technically and economically able to. The second is that every year the regulator creates a spectrum plan and must assign spectrum to community licence holders as needed, generally without them having to pay anything and under the assumption they will cover underserved areas. So we are pushing for similar regulation in other parts of the Latin American region and around the world, particularly in Africa.

APCNews: How important is spectrum for facilitating rural and low-cost connectivity projects in the region in general?

PB: Spectrum is important as it facilitates the transmission of information over distance without the use of cables, which tends to be more expensive. This is quite useful for rural and remote areas, as one can imagine. As one indigenous collaborator of ours likes to muse, spectrum allows us to speak and hear others who are far away just like a smoke signal or blowing a horn or shouting across a canyon.

APCNews: What are some of the trends, challenges and opportunities you see ahead when it comes to the spectrum?

PB: There are two things I’d like to highlight. The first is the need to move towards a more dynamic regulation of spectrum. Having more licence-exempt spectrum, like Wi-Fi, would of course be great, but that is a long slog in terms of international regulation and harmonisation. In the meantime, we can create a much more flexible and inclusive way of administering the spectrum. So this means moving from an exclusive use model to one that simply guarantees or at least limits interference. This then allows way more people to use the spectrum and still keeps things from getting crazy. One thing we are working on is a proposal for the Latin American region around secondary use spectrum.

The second trend, which is quite troubling, is the massive spectrum grab happening in relation to 5G, or what is more officially known as IMT 2020. From a spectrum standpoint, the worrying part is just how much is being requested. When 4G was harmonised by the ITU, some hundreds of megahertz (MHz) were identified. For 5G, we are talking about 17,000 thousand MHz or 17 GHz – so a whole order of magnitude more than 4G. Why is this a problem? For one, there is essentially zero input from citizens about this. The entire usable spectrum for radiocommunications is around 300 GHz, so putting aside 17 GHz for one type of use, by likely one type of network provider, is no small thing. But most people, even those working on digital rights, have no idea this is even happening and final decisions are being made as we speak and will culminate in early 2019.

APCNews: One of Rhizomatica's blog posts makes the case that the idea of spectrum is “socially constructed” and that “there should be a right to spectrum just like there is a social and economic right to housing and education.” Can you elaborate on these claims? Why is it important to be critical of the idea of “spectrum”? And how could we start to frame access to spectrum as a human right?

PB: We have turned spectrum into a thing, when it is really a potential – the potential to communicate over the airwaves. It has been turned into a thing in order to extract value from it and assign its use in an orderly fashion. These two visions (thing vs. potential) conflict when communities want to use spectrum to communicate how they see fit. Most regulation treats spectrum as a finite resource and therefore tries to find ways to maximise the benefits of this finite resource under the assumption that whoever pays more for it has the most incentive to use it. So spectrum ends up getting sold off in chunks, as if it were a piece of land with one title holder. Aside from being inefficient, this approach means normal people and communities cannot really access the spectrum in a meaningful way because it is very expensive and the rules of the game force you to purchase access to huge areas. Spectrum for mobile services like GSM and LTE is generally given on a national basis. This means the person who paid can use the part of the spectrum they were assigned anywhere in the country. The problem with this is, what happens when they don’t use it in a certain place (i.e. somewhere without coverage)? How can others use it instead? The short answer is they cannot. It boils down to what is more important: money for the state coffers or the ability for everyone to be able to communicate? For us, the right to communicate is more important, and therefore spectrum should be dealt with in a way that allows for people to communicate. This does not mean the whole regulatory apparatus should disappear and no one should ever pay anything. But instead that there needs to be balance between the two approaches. Contrary to popular thinking, there is more than enough spectrum to go around, especially in rural areas. In other words, let's make sure we can use it for what is needed, where it is needed.

Read the other interviews in the "What's new on the spectrum?" series with Carlos Afonso from Nupef, internet access specialist Mike Jensen, and Senior Mozilla Fellow Steve Song and Carlos Rey-Moreno of APC.