Home / APC Talk / Seeding change: Rhizomatica’s high frequency radio showcases the power of communication in remote regions of the Amazon
“The system we have re-designed is about helping the most isolated and remote people have a way to connect and harness the power of digital tools.”

Imagine you are in the middle of the Amazon rain forest. There is no mobile coverage or internet access. The long distances and rugged landscapes make communication highly challenging. Isolated regions like these are also the ones where predatory mining, logging, deforestation and violence against traditional and Indigenous communities are rampant. There is not only a pressing need for communication here but for safety and privacy when connecting with others.

These communities are precisely the ones APC member Rhizomatica aims to support when building new technologies that connect people in areas where internet communication is scarce due to geographic isolation, oppressive governments or high poverty. Working across Latin America, Rhizomatica helps communities build and maintain self-governed and open-source communication infrastructure. They are also a long-time APC partner in developing community networks. 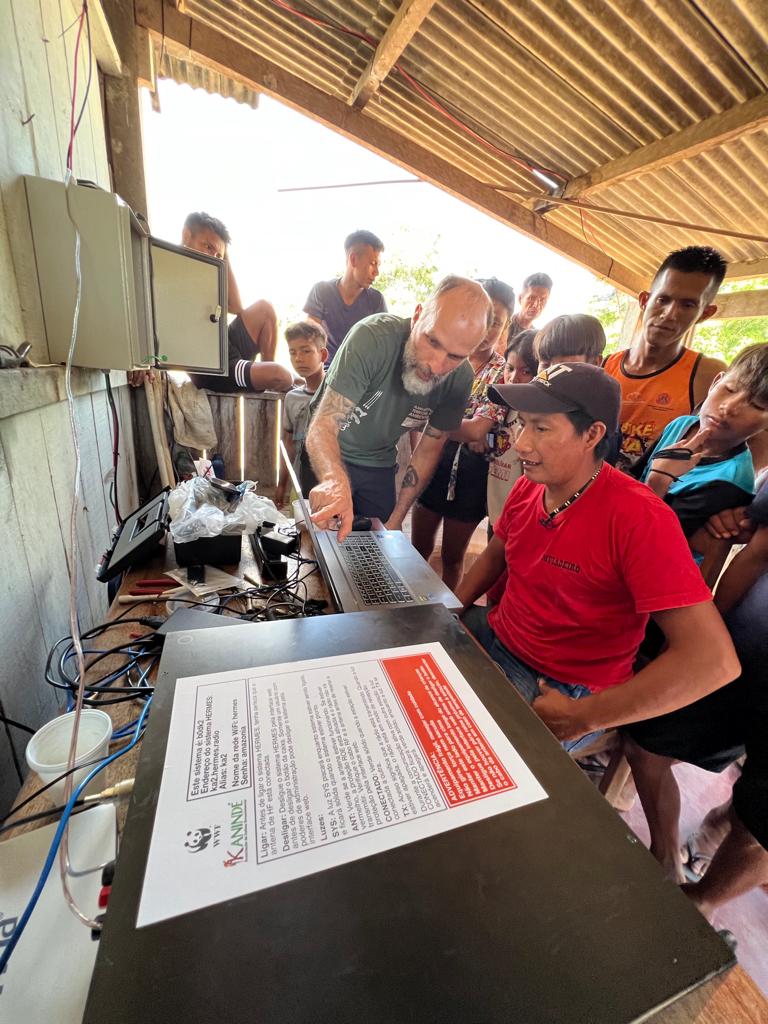 Rhizomatica founder Peter Bloom and project lead developer Rafael Diniz reached out to APC in 2020 with exciting and challenging ideas for improving a communication system they had been developing, and received a subgrant to further this technical work. The team had already been working closely with APC for several years as co-implementers on the project “Connecting the unconnected: Supporting community networks and other community-based connectivity initiatives" and had developed a system for using high frequency (HF) shortwave radio for communication. Their High-frequency Emergency and Rural Multimedia Exchange System (HERMES) had already been implemented in a number of Indigenous communities in Brazil when the team reached out to APC for support.

Rhizomatica’s next challenge was to focus on upgrading the HERMES software, create documentation in the form of guides and tutorials so that people could install and maintain it themselves, and explore technical solutions to reduce implementation costs. They were essentially looking for ways to make HF radio communication more effective, easier and cheaper, and this meant improving the system’s technology. Only then would this communication technology be truly viable for remote and under-served communities.

In a recent interview, Bloom clarified that HERMES is “a digital information platform that operates over HF radio." He elaborated in a recent discusion that "It is not about providing internet access, but rather a way to send and receive digital information like files, email, chats, etc. between two points.”

What this means is that people in isolated regions can stop waiting for broadband internet and communicate through shortwave, and do so securely. And in cases where internet access is available, a HERMES station can connect to it, acting as a bridge so that people can route data anywhere. “The advantage of using HF radio is that we can connect between places that are hundreds of kilometers apart easily,” Bloom explained.

Lead developer Rafael Diniz pointed out to APC another significant advantage of communicating digitally through HF shortwaves. For the isolated communities with which Rhizomatica works, the only means of communication previously had been through analogue radios, which can be distorted by background noise at best and create unsafe situations at worst since anyone can listen in. Digital communication through shortwave resolves these issues, allowing people to securely exchange email and SMS without interference. 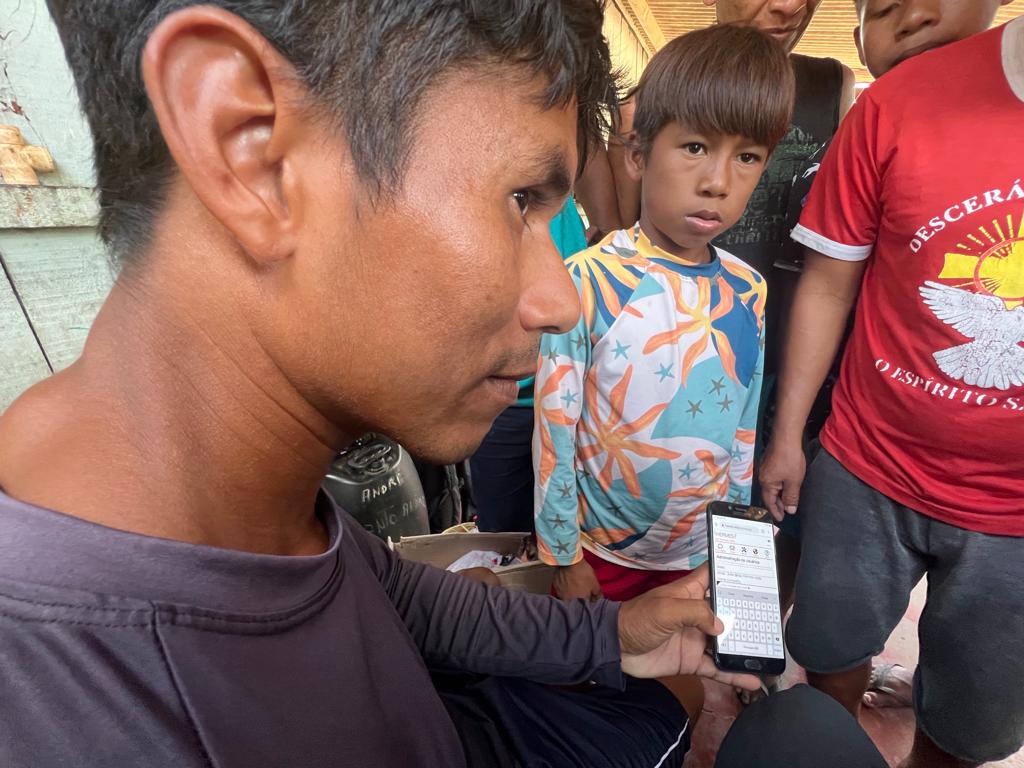 Bloom pointed out that there has also been interest in HERMES from people working in high conflict zones who may be exchanging sensitive information. “One of the good things about HF radio is it’s hard to know where it’s coming from,” he explained. “It’s not necessary to route any traffic over the internet. People can talk to HERMES stations without touching the internet. Messages are not decipherable.”

As a case in point, the first large-scale test of HERMES was with a group of Brazilian rural trading outposts along the Amazon River. Earlier, the community was using analogue radio to communicate, which meant that people had to engage in risky practices like reading inventories over the air. This would expose them to eavesdroppers, revealing where items of value were located as well as the people protecting them, such as local land defenders. Furthermore, according to Bloom, these trading posts “also served as monitoring spaces for things going on in the jungle – mining, logging. There are people whose job was to report stuff they saw, but they felt fearful about reporting because they could be identified.”

“HERMES brought in the possibility to communicate using digital messages that can be encrypted,” added Diniz. “It’s a need that has existed for decades.” This added layer of security means that people can continue to engage in critical work under considerably safer conditions.

The potential use cases of this technology are manifold, and the developments made during this project have been significant in terms of accessibility, efficiency and scalability. APC member Nupef has expressed interest in using this technology for planned connectivity projects in Brazil, and indeed HERMES has the the possibility of helping many in the network. As the team summarised, “The system we have re-designed is about helping the most isolated and remote people have a way to connect and harness the power of digital tools.”

Persevering through the pandemic

This segment of the project was conducted by Rhizomatica from August 2020 through February 2021 during the peak of the COVID-19 pandemic. The challenges were plentiful, including building delays due to supply chain issues. The use of HERMES, however, became increasingly critical to facilitate the exchange of information. “The need for telecommunication increased during the pandemic,” Diniz noted.

The result, according to Bloom, was that “during the height of the pandemic, a lot of Indigenous communities reached out for help. It opened up a branch of work within Rhizomatica around HF radio in terms of helping communities become autonomous.” 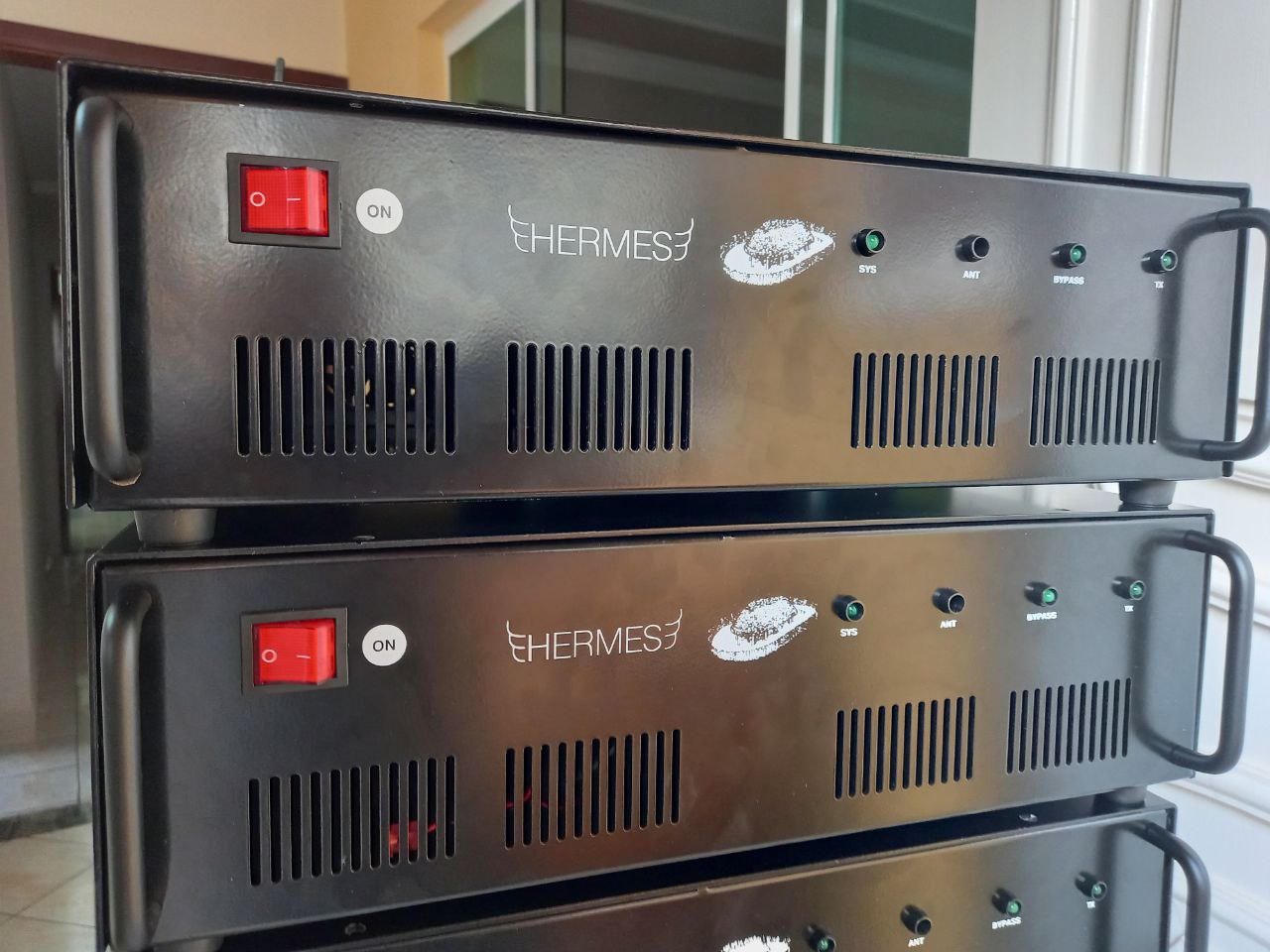 Interestingly, pandemic restrictions also created an opportunity for Rhizomatica to focus internally on the required technological development. “We managed to put our heads down and work,” Diniz reflected. “It gave us a chance to not worry about going into the field,” Bloom agreed. “A lot of work couldn’t be done in person, and development work got slowed down but also allowed parts of it to thrive.”

Rhizomatica’s team carry with them several important lessons from this project. “The pandemic has given us a new perspective on the importance of communication, and having some say in what communication is and how it functions,” Bloom stated.

Diniz reported that they are installing HERMES in the Brazilian rain forest and have also spanned out to areas in Ecuador. “It has reached a level of maturity,” he noted of HERMES. “We can set up dozens of instances for communities.”

@Rhizomatica announced that the guide on how to build a high frequency (HF) radio station powered by solar energy is now available in three languages:

Rhizomatica has commitments from Indigenous groups in both Brazil and Ecuador to trial the improved HERMES system. “This is the purpose of the technology,” the team reported. “Our design and development efforts are oriented around the goal of making this technology the most cost-effective and easy way for land defenders to do their important work.”

Bloom reinforced that “[we are] at a point where we believe in the project, we think it’s useful.” The current struggle is to produce enough HERMES systems to meet demand. On the one hand, Rhizomatica wants to continue developing a wideband version that will pass more data through. In parallel, they are exploring ways to build high quality hardware and scale it up to meet demand at reasonable pricing. This is a challenge since none of the team have experience building electronics on a large scale.

“This is the dream – to make the system, to develop it, to have widespread adoption,” said Diniz. The advantages are clear, he added. “It’s an autonomous solution that doesn’t depend on external providers, proxies and intermediate communications providers. People can talk directly over shortwave equipment. If we can scale up to certified equipment to meet all regulations, that would be wonderful.” 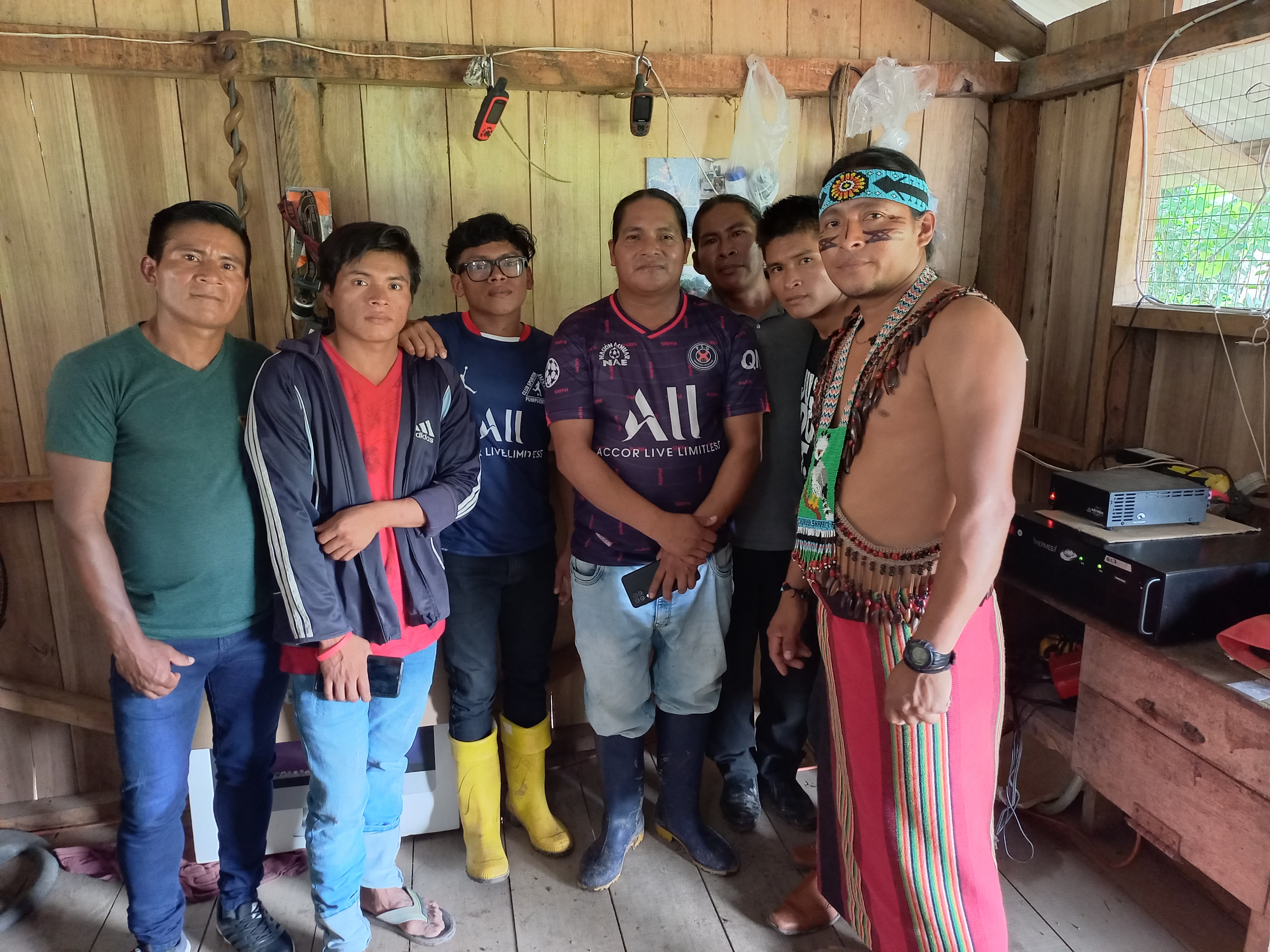 This piece is a version of information shared by Rhizomatica as part of the project "Connecting the Unconnected: Supporting community networks and other community-based connectivity initiatives" for the Seeding Change column, which presents the experiences of APC members and partners who were recipients of funding through "Connecting the Unconnected" catalytic grants and of subgrants offered through other APC projects and initiatives.