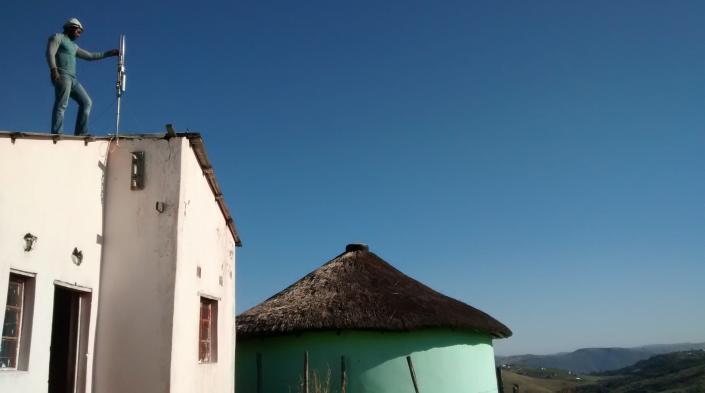 Some governments in the global South are devoting increasing attention to the divide between urban and rural areas, a key issue to address the fact that millions of people are becoming left out of the information society. Access to communications in rural areas is made possible mainly by big mobile phone operators, but their services are usually not affordable for people with lower incomes. Considering the great economic inequalities within countries in the global South, exclusion from the internet and digital communications reaches dramatic levels.

For APC and many of its members and partners, promoting alternative models to those of big telecom operators is a key area of work in order to help empower communities with scarce resources. More specifically, models that allow these communities to develop, operate and maintain their own autonomous telecommunications infrastructure.

A big step to strengthen community-led and autonomous telecommunications infrastructure

Last week, a big step was taken in South Africa in the direction of strengthening the development of community-led and autonomous telecommunications infrastructure. During her speech at the 2018 Budget Vote to Parliament on 17 May, South Africa’s Deputy Minister of Telecommunications and Postal Services Stella Ndabeni-Abrahams stressed the importance of community networks. Titled Building the 4th Industrial Revolution Army, her statement highlighted that the community ownership model advances components of the ICT Development Index and development goals highlighted in the National Integrated ICT Policy White Paper. “The model further addresses the key barriers for universal access which the department’s Internet for All project seeks to address,” she noted.

The deputy minister specifically expressed her support for Zenzeleni Networks, an APC member organisation that has become a key actor in the area of community networks and local access. Ndabeni-Abrahams announced that the Department of Telecommunications and Postal Services (DTPS), together with the state-owned entities under its portfolio, such as Broadband Infraco and the State Information Technology Agency (SITA), “will collaborate with the University of the Western Cape and its non-profit spin-off, Zenzeleni Networks Mankosi, to deliver affordable internet to rural communities in the Eastern Cape.”

Zenzeleni, an ecosystem where communities own their telecommunications businesses

Zenzeleni is a social innovation ecosystem through which rural communities have ownership of their telecommunication businesses, allowing them to maximise value and benefits. Its roots are founded in post-graduate doctoral research at the University of the Western Cape (UWC). Subsequently, it became a UWC spin-off in partnership with the Mankosi community, in one of the most disadvantaged areas of the Eastern Cape. This ecosystem is managed by a non-profit organisation, Zenzeleni Networks NPC, which ensures that the needs of the community are fulfilled. The first internet service provider (ISP) in this ecosystem, Zenzeleni Networks Mankosi Co-op Ltd, currently connects 5,000 people and 10 institutions, offering prices as much as 20 times lower than those offered by existing operators, with substantially better quality.

The South African minister’s public expression of support for this model is the result of years of work. Carlos Rey-Moreno, APC’s local access project coordinator and co-founder of Zenzeleni Networks, was thrilled to share his view on the implications of this unprecedented event. “This is amazing news! Not only does it have direct consequences on the work of Zenzeleni Networks and its work with communities on the Mthahta River basin, but it is also a huge boost to the community networks model in the global South.”

Rey-Moreno added that “in an increasingly centralised ecosystem, where a few companies with their own economic interests own the service provider scenario, it is often difficult to raise the viability of a radically different model such as the community networks one. The South African government is the first to support the community networks model on the continent, and this type of commitment can pave the way for better trust and understanding of these models, not only nationally but also regionally and beyond.”

Shaun Pather, a professor of Information Systems at UWC, a former member of the DTPS’ National ICT Policy Review panel and the ex-chairperson of its Industry Growth Committee, expressed excitement at the announcement of the partnership. “This partnership advances the principles embedded in the White Paper, and in particular, it addresses the goal of achieving universal access in rural South Africa –which to date has been largely neglected,” he said.

The tripartite partnership between the government, academia and Zenzeleni Networks will advance the goal of developing a healthy ICT research and innovation culture in the country, such that research results will flow unencumbered to the government and the industry to achieve impact in and for society. The University of the Western Cape, Pather says, “is therefore looking forward to the participatory-action research opportunity, and to making a real difference in the lives of South Africa’s rural poor.”