In a context where communications are accessible but not affordable for rural communities in South Africa, Zenzeleni Networks NPC is a locally owned and operated non-profit company (NPC) that is providing services in one of the most disadvantaged rural areas in the country, to contribute to reducing their communication costs. To do so, they have installed and are operating a solar-powered wireless mesh network that initially provided free voice calls through 10 publicly accessible analogue phones spread throughout the community.

The community decided to use the spare energy produced from the solar power system to create a public access mobile phone charging station. The services offered were later upgraded to provide calls to national and international numbers for a fraction of the prices offered by incumbent operators, thanks to aggregating demand and accessing wholesale VoIP pricing. In terms of data provision, Zenzeleni is upgrading the infrastructure and connecting to a fibre network to provide internet access to the local primary school, the high school, and a set of hotspots in the community at a fraction of the cost of the other services available.

Connecting the Unconnected: Supporting community networks and other community-based connectivity initiatives
Disco-tech: Bringing the “disco” and the “tech” to the IGF
Member Exchange and Travel Fund 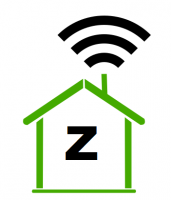