SMEX: Remote learning and the digital divide in Lebanon 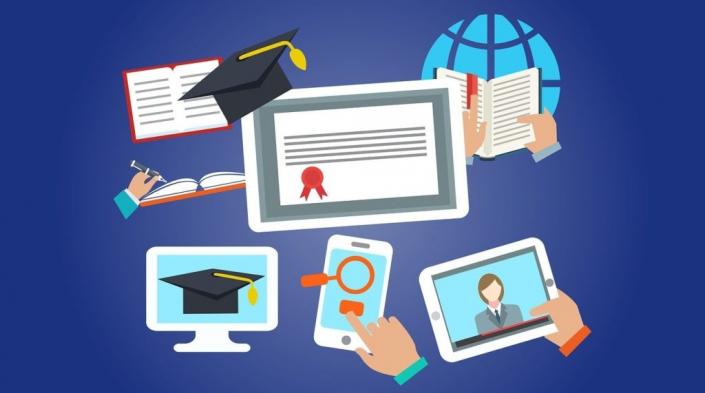 By Tala Ramadan for SMEX

This article was republished from SMEX.

With the onset of the economic crisis and the pandemic, Lebanon’s educational system has been thrown into turmoil. Education in Lebanon changed dramatically with the distinctive rise of e-learning, whereby teaching is taking place remotely on digital platforms. This abrupt shift to the digital realm has significant academic and social implications.

It’s the familiar back-to-school season, yet students are experiencing the new academic year very differently. In the wake of COVID-19, some schools have reopened at partial capacity with alternating days of attendance, while others have completely shifted to an online curriculum.

A new inequality in the learning system is taking place, and this time it goes beyond the difference between private and public schools’ student-teacher ratio, which affects the quality of learning significantly. The detrimental effects of remote learning have expanded the gap between those who are privileged and can afford the necessary technologies, and those who cannot.

In Lebanon, a number of technological constraints hinder online learning. Telecommunications and internet infrastructures remain inadequate in many rural areas, where weak or unstable connectivity poses potential setbacks in creating distance-learning strategies. Using video-conferencing applications successfully requires a secure connection and stable bandwidth in the homes of both teachers and students; however, this is not always available.

A survey conducted in April 2020 by UNHCR found that out of a sample of 10,000 families in need, only around half own a television at home, and almost none have tablets or computers but only a smartphone at home.

According to the survey, these families spent around LL25,000 to LL50,000 on internet services for their phones, so if prices continue to increase due to inflation/devaluation, they will no longer be able to afford it. Similarly, even if service fees remain the same but more people become unemployed, that will be an additional source of inequality. Furthermore, in terms of home instruction, the parents who responded to the survey want to help their kids study at home, but only 60% can read Arabic and only 9% know English or French.

“Overall, we’re facing the risk of large-scale and permanent school dropouts. The education ministry can’t do this alone, by a long shot,” Bill Van Esveld, an associate children’s rights director at Human Rights Watch told SMEX. “We need an all-hands-on-deck approach where civil society is funded and empowered to reach these kids, give them the equipment needed (from stationery to smartphones or tablets), pay for their monthly internet connectivity, and share and develop the best practices around teaching via apps that kids can actually access,” he added.

A survey conducted by the Lebanese American University, Centre for Lebanese Studies and the Local Engagement Refugee Research Network (LERRN), showed that in reality, most teaching is happening via WhatsApp, but there was limited guidance on how to teach effectively using this app. The survey also found that teachers were working longer hours to teach remotely and were spending their own money on internet costs to reach students without reimbursement.

The lack of a trained cadre of professionals to support the implementation of distance education is another challenge. The effective use of distance learning technologies demands faculty to be trained in using distance education as a delivery mode. To date, only a few scholars are familiar with teaching in an online environment.

“Weak internet can affect how quickly students can connect and participate in class; I am finding it hard to encourage students to engage,” Sahar Malle, teacher at Al Makassed School told SMEX while sharing the numerous issues she is encountering in online teaching. Malle added that teachers are facing countless issues including, attendance problems, ignorance of available resources, hours spent on tasks formerly requiring minutes, redesigning inclusive and interesting lessons, and the frustration with a learning curve that seems, at many times, vertical.

Lebanese parents are facing similar problems at home. They are pleading for their kids’ patience and attention, pushing them to keep studying as they repeatedly lose internet connection and providing tech support to their best, yet limited ability.

A Lebanese mother who chose to remain anonymous told SMEX that she is struggling with the distance learning process as she has three kids, and they often need to use the internet at the same time. Operating multiple live sessions simultaneously slows down internet connectivity; thus, the kids are unable to attend their classes or complete their assignments.

In addition, recent outages have impacted an already weak communications infrastructure, including mobile and home internet. Fuel shortage and pending maintenance issues have also affected OGERO and the two state-owned telecommunications companies, Alfa and touch. Around March this year, SMEX released an online petition demanding faster internet and cheaper services during the pandemic, since so many schools have shifted to online learning. This would allow disempowered students to afford learning and acquire access to resources at such a challenging time.

In an interview with SMEX, Imad Kreidieh, Chairman Director General at OGERO said that the telecommunication company is working collaboratively with the Lebanese Ministry of Education to bring affordable internet to students. They intend to map out dead zones by specifying where the network coverage is, where students live, where the existing infrastructure is, and how they can extend suitable connectivity to all students. Kreidieh said that this project has been going on since the beginning of the year; however, due to the lockdown the project had to take on a slower pace.

In late March and early April, NGO’s across Lebanon conducted a survey of 10,000 households to assess how kids will continue learning after schools had closed. The sample is from households that NGOs were already supporting, so it mostly includes children in need, such as Syrian refugees and Lebanese who were defined as ‘economically vulnerable’.

The number of families living below the poverty line has of course increased since then. According to the United Nations Economic and Social Commission for Western Asia (ESCWA), more than half of Lebanon’s population is now trapped in poverty. The survey showed that many families don’t have access to electronic devices such as smartphones or  TV.  This implies that TV, one of the Ministry of Education and Higher Education’s distance learning modalities, will not be accessible for many children in need of learning support.

“Half of the assessed households spend less than LL25,000 on Internet expenditures per month, the other half spends between LL25,000 and LL50,000 per month; higher internet usage in distance learning requires additional Internet connectivity expenses for households,” Van Esveld told SMEX, referring to the UNHCR survey.

Similarly, Lebanon ranked 60th on The Economist Intelligence Unit (EIU) world ranking of internet quality among 100 countries. The research and analysis division of the Economist Group released a study earlier this year assessing four major aspects of quality internet, which include availability, affordability, relevance, and readiness. Lebanon suffered mostly when it came to that last ranking, as the EIU report states that “weak policy development does much to constrain Lebanon’s ability to support Internet inclusion.”

As Lebanon is forced into the distance education arena, many Lebanese students’ digital rights are threatened. Access to technology makes distance learning easier for the rich and harder for the poor, thus increasing the gap between these segments of the Lebanese community.