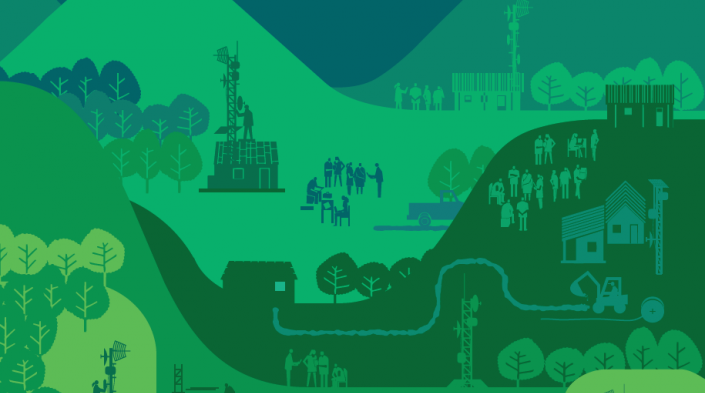 Like every year, the Internet Governance Forum (IGF) will be the venue where the Association for Progressive Communications (APC) launches the new edition of its annual publication Global Information Society Watch (GISWatch). This year, the theme of the report is community networks, understood as “communication networks built, owned, operated and used by citizens in a participatory and open manner.”

Co-produced by APC and the International Development Research Centre (IDRC), Ottawa, Canada, the publication focuses on local access models, specifically, community networks as self-organised, self-managed or locally developed solutions for local access, based on the conviction that one of the keys to affordable access is giving local people the skills and tools to solve their own connectivity challenges. Instead of buying an access service from a large corporate entity, community networks allow community members to self-provide and share infrastructure.

Community networks pre-date the commercial internet. They have their roots in the early email and electronic bulletin board systems that emerged in the mid-1980s. These systems grew into networks, which were adopted by enthusiasts and social activists who immediately saw their potential for improved organising, knowledge sharing, and awareness raising.

With the growth of the commercial internet in the 1990s and the birth of the World Wide Web, internet service spread rapidly around the world, but it was limited to those who had their own phone lines with stable connections, and who could afford the monthly subscription fee. Not surprisingly, people in developing countries and the poor everywhere were the most constrained in their ability to access the internet. Over half of the world’s population still does not have access to the internet. Traditional solutions are showing signs of having reached their limits.

This publication tells the story of the renewed rise of community networks. Today, as in the pre-internet days, many collectives around the world are collaborating among themselves, and taking collective action at the local, national, regional and global levels to consolidate their work and encourage more and more people to join what has become a global movement.

The 43 country reports included in this year's GISWatch cover a diverse range of countries such as Georgia, Nepal, South Africa, India, Argentina, Honduras, Portugal, Germany and the Democratic Republic of Congo, all of which narrate outstanding experiences of community networks.

The networks differ in their purpose, their governance and sustainability models, their politics, their stakeholders, their relationship to the state and the economy, their size, and even their technological set-up, or what they “do” (some networks are intranets, and do not offer access to the world wide web). Even the notion of “community” is quite loosely applied. Compare, for example, the story of what is considered the first community network in Ecuador – in a rural community of some 50 people – to guifi.net in Catalonia, also a “community network”, but with tens of thousands of working nodes, and hundreds of volunteers, professionals and public administrations involved.

These reports capture the different experiences and approaches in setting up community networks across the globe. They show that key ideas, such as participatory governance systems, community ownership and skills transfer, as well as the “do-it-yourself” spirit that drives community networks in many different contexts, are characteristics that lend them a shared purpose and approach.

The launch session will include the participation of several report authors.

The full edition will be available for download at www.giswatch.org after 13 November 2018.

This GISWatch edition is part of the two-year “Community access networks: How to connect the next billion to the Internet” project implemented by the Association for Progressive Communications (APC) and Rhizomatica in collaboration with the Internet Society and funded by the International Development Research Centre (IDRC).