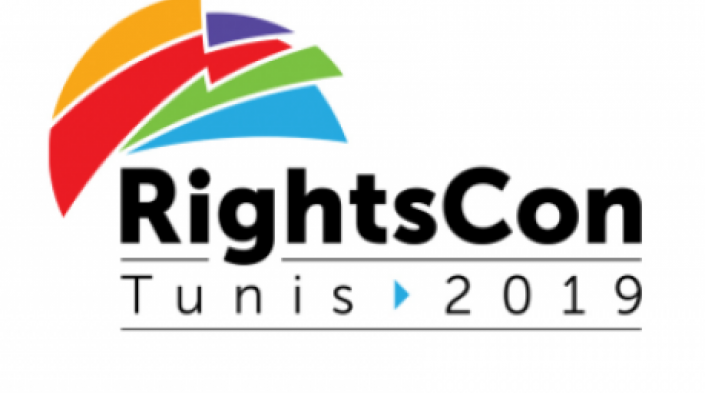 APC will be at RightsCon Tunis, the first RightsCon summit hosted in the Middle East and North Africa, where more than 2,500 expert practitioners will come together across over 400 sessions to shape, contribute to, and drive forward the global agenda for the future of human rights in the digital age.

APC will join RightsCon to promote conversations on a range of issues, including:

We made things easier for you, so you don't miss any of our sessions: download the iCalendar here!

And we will have a booth throughout the duration of RightsCon, so come visit us!

Events and sessions where you will find APC and its members

9:00-10:15: Cloudy with a chance of cybernorms?, organised by Global Partners Digital (APC speaking)

9:00-10:15: The big dataset in the sky: Challenging geographies of discrimination, organised by the Office of the High Commissioner for Human Rights (Derechos Digitales speaking)

12:00-13:00: Women’s right to artistic freedom of expression in the digital age, organised by Freemuse (APC speaking)

12:00-13:00: Let's Get Playin': A demo of SMEX's board game on online mobile safety, organised by Social Media Exchange

12:00-13:00: Stability and Security in Cyberspace and Human Rights: Friends or Foes? An Interactive Dialogue with the Global Commission on the Stability of Cyberspace, organised by APC and The Hague Centre for Strategic Studies (APC moderating, Derechos Digitales speaking)

15:45-17:00: Network Disruptions in Times of Conflict: Strategies for Circumvention and Resistance, organised by Social Media Exchange

15:45-17:00: How tech firms enable human rights violations in Palestine, organised by Defense for Children International - Palestine and Center for Constitutional Rights (7amleh - The Arab Center for the Advancement of Social Media speaking)

17:15-18:30: Climate change under construction: An environmentally sustainable Internet, organised by Pangea and UPC

9:00-10:15: The Palestinian Cause for Digital Freedom, organised by 7amleh - The Arab Center for the Advancement of Social Media

13:00-14:00: Intersection of technology, internet and sexuality across gender and minority rights in Uganda, organised by Women of Uganda Network (WOUGNET)

14:15-15:30: Shaping Multilaterals: How civil society can influence and participate in multilateral processes such as the UN or the WTO, organised by APC and Public Knowledge

14:15-15:30: Crossing the Border in the Cloud: A Latin American perspective on lawful access laws, organised by Derechos Digitales and Electronic Frontier Foundation

15:45-18.00 The Imprisonment of Ola Bini: Building solidarity and protecting the community, co-organised by APC

15:45-17:00: The Benevolent Accomplices of Authoritarian Regimes on the Internet, organised by Internet Governance Project - Georgia Institute of Technology

15:45-17:00: From Brazil to Africa, fighting for human rights and open infrastructures in the global South, organised by Internet Without Borders (APC speaking)

17:15-18:30: Between the Silicon Valley-China spectrum: Towards a democratic regulation to promote a free and open Internet, organised by Intervozes

17:15-18:30: The global fight for digital privacy in the face of authoritarianism and surveillance capitalism, organised by Library Freedom Project, Tor Project, Hivos, Derechos Digitales and Freedom of the Press