African digital rights networks to collaborate on a regional strategy 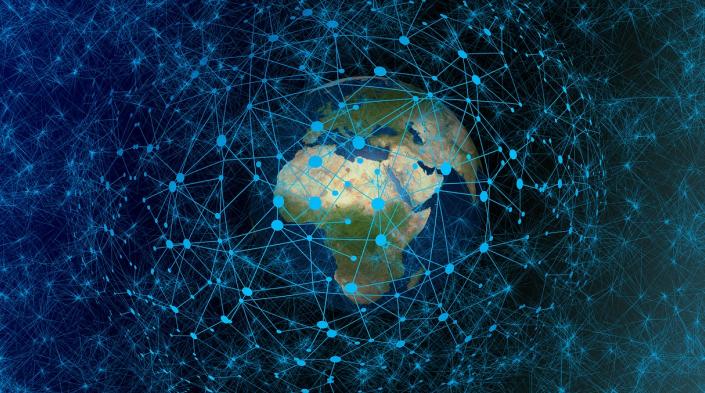 Four African digital rights-centred networks have committed to increasing collaboration for the consolidation of their work and avoidance of duplication of activities while ensuring the full attainment and protection of digital rights at national, regional and global levels.

They made the commitment during a pre-session titled “Defining a collective digital rights strategy for Africa”, hosted collaboratively by the World Alliance for Citizen Participation (CIVICUS) and the Association for Progressive Communications (APC) at this year’s Stockholm Internet Forum (SIF).

During the pre-session, representatives from the African Declaration on Internet Rights and Freedoms (AfDec) Coalition, #KeepItOn Coalition, NetRights Coalition and African Internet Rights Alliance (AIRA), as well as Access Now, shared their experiences working for the promotion and protection of digital rights on the continent.

The theme for this year’s SIF,  which was held virtually from 7 to 12 May 2021, was “Mobilising for Digital Resilience: A free, open, and secure internet in the shifting landscapes of the pandemic”. The Africa pre-session fell under the thematic area of movement building. Common strategies identified during the conversation included legal advocacy, public awareness-raising initiatives, and lobbying initiatives with policy makers.

Over the past four years there has been substantial growth in the digital rights community in Africa. This growth has resulted in numerous regional activities being implemented and several strategies employed amid demand for greater appreciation and promotion of democratic governance of the internet and respect for and exercise of human rights online.

The panellists at the SIF pre-session agreed that similarity in network thematic priority areas, strategies, and social, economic and political contexts, as well as a shared membership, created the ideal conditions for a collaborative regional strategy.

Across the networks, privacy and personal data protection, internet access and affordability, freedom of expression and the right to information have featured prominently in their work in the past five years.

The networks acknowledged commonality in strategies while responding to the development and implementation of national cyber, policy and regional frameworks and an increase in government crackdowns on online organising by citizens in response to deteriorating human rights and governance systems on the continent.

Developments around the COVID-19 pandemic would see the carrying over of these areas in the next two years, as governments try to contain the spread of the virus.

While the networks are affiliated to each other and have members in common, panellists noted that failure to share strategies had become a barrier to effective collaboration. As a result, they noted duplication of interventions, and in some instances, limited impact of their work at both national and regional level. Panellists agreed that collaboration should go beyond endorsement of positions and be deliberate to maximise on the experiences and strengths of individual organisations across the networks in planning and implementation of strategies. This form of collaboration, they agreed, would increase success in overcoming geopolitical challenges in regional advocacy, maximise the limited technical and financial resources, and strengthen their capacity to interact with regional and international human rights mechanisms.

While evaluating the impact of their work, network representatives identified the need to increase interaction and capacity of the media and academia for reliable and up-to-date monitoring, consistent investigation, increased reportage and documentation of trends in the promotion of digital rights on the continent.

They agreed that more focus on the group would translate to increased levels of online rights awareness among citizens and empower them to demand accountability and promotion of the same from relevant authorities. Panellists acknowledged that while a significant amount of effort had been put into engaging national policy makers, there was a need for continuous capacity building, as parliamentarians serve limited terms. However, engagement with the Pan African Parliament, which none of the networks have explored, was seen as offering a solution to continuity and a possibility for increased uptake of proposed policy recommendations.

Panellists noted limited work with the private sector, national human rights commissions, and regional and international human rights mechanisms. This was largely attributed to the limited capacity of civil society to engage with the bodies to demonstrate the centrality of human rights in a digital environment. As a result, regional and international advocacy training for civil society was seen as an integral part of policy advocacy work.

They also noted that while success has been recorded in litigating against the violation of rights online, particularly in relation to internet shutdowns, it remained costly at both national and regional levels, and that collaborating would not only mean shared legal costs, but overall greater visibility for the cause. Experiences of collaborative regional legal advocacy cited were the #KeepitOn mobilisation of eight organisations and the submission of a brief in the lawsuit by Amnesty International Togo against the internet shutdown in 2017, and AfDec Coalition member Media Rights Agenda collaborating with other civil society members to submit a complaint to the African Union Commission against internet shutdowns on the continent.