Advocating for human rights online and offline in 2020

Home / News / Advocating for human rights online and offline in 2020 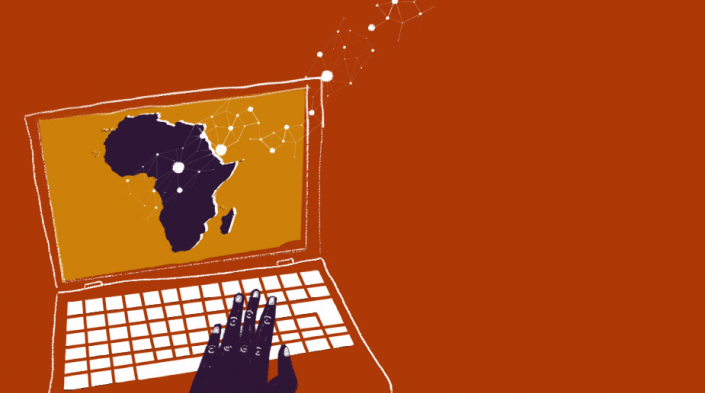 During 2020 APC challenged the infringement of fundamental rights and freedoms in the global South, including through strategic advocacy and capacity-building interventions in Africa and Asia. We strengthened our advocacy on human rights standards in Africa, with particular attention paid to technology-related policies and practices adopted by governments during the pandemic. In Asia we built the capacity and awareness among stakeholders to push for the implementation of human rights standards in policies and legislation on hate speech. APC continued to hold the ground in global policy processes such as the Human Rights Council (HRC) at a time when the pandemic restricted and limited participation from civil society.

APC advocated for privacy and freedom of expression and against racism and the persecution of religious minorities at the HRC, including through forming advocacy coalitions with civil society and government delegations. While the language of the UN resolution on privacy in the digital age, freedom of expression and safety of journalists reflected the priorities of APC and its allies, the UN Special Rapporteur on racism included several advocacy points from our submission in a report on racial discrimination and digital technologies.

We drew attention to the growing number of human rights violations against minorities that came in the wake of attacks on Muslims in India. Our oral and written statements, as well as our conversations with European Union, United States and United Kingdom delegations, among others, were significant given that there was very little representation from India at the HRC in 2019.

APC called attention to internet shutdowns in Myanmar. We pushed for a language of accountability that not only speaks about the responsibilities of the state in that country, but also those of social media platforms, such as Facebook, which were instrumental in the spread of hate speech that resulted in the genocide of Rohingyas in Myanmar in 2018.

APC advocated for companies that operate internet platforms to adopt human rights principles in their businesses, and developed a policy explainer on platform responsibility and accountability. We argued that companies should use international human rights law as the authoritative global standard for ensuring freedom of expression and other rights on their platforms, rather than the varying laws of states or their own private interests.

In Latin America, APC worked with members to delay the passage of a disinformation bill in Brazil that threatened human rights. We led efforts to create a set of criteria for the appointment of the Special Rapporteur on Freedom of Expression of the Organization of American States (OAS).

As part of our global work to protect human rights defenders, APC campaigned for a fair trial for computer expert and human rights defender Ola Bini in Ecuador, and continued to raise awareness about the arbitrary detention of blogger Alaa Abdel Fattah, who has been detained in Egypt since September 2019.

Strengthening our advocacy for human rights norms and standards in Africa

COVID-19 has posed new threats to established human rights norms and standards. In Africa, APC produced a position paper on the impact of the pandemic on the exercise of human rights online. This paper was informed by an assessment by the African Declaration on Internet Rights and Freedoms (AfDec) Coalition of various measures adopted by states and other stakeholders in response to the pandemic. It offered recommendations by members of the AfDec Coalition and other civil society organisations working on digital rights in five key areas, namely, internet access and affordability; the regulation of content online; privacy, surveillance and data protection; and the right to information.

Through the AfDec Coalition, we also commissioned 19 articles analysing the impact of existing national and regional internet-related policies, and those adopted as national responses to pandemic, such as containment and treatment policies that involved digital technologies. The authors included researchers, academics, journalists, and human and digital rights activists from across the region.

APC continued advocating for a human rights-based approach to privacy and data protection in Africa through research on data protection legislation in seven countries: Ethiopia, Uganda, Kenya, Tanzania, South Africa, Namibia and Nigeria. We also developed a privacy and data protection advocacy toolkit, aimed at enabling AfDec Coalition members and other human rights defenders to feel empowered and informed in their advocacy for rights-based policy, legislation and regulations, and hosted a four-day virtual workshop at the African Internet Governance Forum (AfIGF), in partnership with the Centre for Human Rights at the University of Pretoria. While the regional research offered a detailed analysis of legislative frameworks in the seven countries, the advocacy toolkit provided an overview of the legal standards for the right to privacy and personal data protection, and offered a set of practical tools for stakeholders in the formulation and implementation of data protection frameworks.

Building awareness and the capacity to challenge violations in Asia

APC focused on building a practical understanding of privacy, access, freedom of expression and gender at our online Internet Rules workshop in November for participants from South Asia. The workshop was a capacity-building event for young researchers, journalists, lawyers, technologists and digital rights defenders from the region, aimed at enhancing their understanding and analysis of laws governing online spaces and technology. Twenty-six workshop participants from seven countries explored how ICT legislation in the region impacts on human rights online. Our database of legislation in particular provided a useful tool for participants in their day-to-day work.

APC helped to create a counter-narrative to hate speech in South and Southeast Asia through our Challenge lecture series. In this first series of lectures, entitled “Speaking of Hatred: A three-part presentation on hatred, religion and gender in South and Southeast Asia", feminist activist and writer Dr. V. Geetha talked about the role of states in the region in organising and building systems of hate directed at minorities. The lectures brought together diverse participants from across the region who were able to find common ground in their histories and approaches to counter hate. They also presented a way forward to hold governments accountable for their part in encouraging hate speech both online and offline.

Meanwhile, APC’s advocacy against internet shutdowns in the region was strengthened through a legislative analysis of case history in Pakistan, India and Indonesia, alongside other countries in the global South. The report outlines jurisprudence across the global South on the legality of internet shutdowns, and tackles the growing challenge of government-mandated disruptions of internet access, often under the guise of safeguarding public order and upholding national security interests.

EngageMedia was the digital rights backbone for activists in Thailand

In 2020, as the youth-led pro-democracy protests in Thailand reached critical mass, APC member EngageMedia supported Thai changemakers by facilitating events, publishing guides and articles, and providing digital security support. It published an action brief providing context to the protests and listing ways that civil society can support pro-democracy activists. Amnesty International Thailand Director Piyanut Kotsan also guested on Pretty Good Podcast, where she discussed the human and digital rights issues stemming from the protests. A solidarity meet-up was organised among Coconet community members, resulting in a call for solidarity with Thai activists. It published an article criticising the media censorship by Thai authorities, and a call to defend Coconet member Rangsiman Rome after he spoke about the abduction of Thai activist Wanchalearm Satsaksit. EngageMedia Digital Rights Manager (Mekong) Darika Bamrungchok was interviewed by Global Voices (on the biometric profiling of Malay Muslims), ABC Radio Australia (on the activism of young protesters), and FORUM-ASIA (on the censorship of dissent). She was also featured in the Mozilla Internet Health 2020 report. Behind the scenes, EngageMedia continued to provide digital safety training and support for civil society actors working in high-risk environments. It published a Thai handbook on digital safety during assemblies and a guide on digital hygiene, which have been circulated widely among Thai activist groups.

EMPOWER improved the guidelines for immigrants in Malaysia

APC member EMPOWER helped to change discriminatory citizenship laws in Malaysia. As a result of an evidence-based campaign in collaboration with Family Frontiers, key challenges to the legal framework were taken up in parliament in both August and November-December, with growing support from MPs. The changes included the ability of non-citizens to renew or apply for visas without leaving the country, and the ability of non-citizen spouses and children of Malaysians from a list of banned countries to enter Malaysia upon approval from immigration. An online application portal, specifically for non-citizen spouses and children of Malaysians, was also established by the immigration department.

APC member Korean Progressive Network Jinbonet advocated for better regulation of artificial intelligence (AI) by the government by focusing on “AI job interview” programmes which are used in the public sector. While public institutions in South Korea are introducing AI interview programmes developed by private companies, there are no principles and procedures for their introduction, and the institutions typically do not understand how the programmes work. Jinbonet’s advocacy in this area has included petitioning the agency to the Personal Information Protection Commission on privacy violations. It also consolidated its past work on AI and held a series of discussions with civil society in order to create a common front in persuading the government to better regulate the industry.

APC member PROTEGE QV helped to ease political tensions over the inconsistency of laws on freedom of assembly and association in two central African countries when compared to the Guidelines of the African Commission on Human and Peoples’ Rights. These legislative inconsistencies are the source of multiple conflicts between the government and the opposition political parties in Cameroon. Through support from the International Center for Not-for-Profit Law (ICNL), PROTEGE QV researched the legislative framework in Cameroon and the Democratic Republic of Congo, and together with delegates drawn from the government, civil society and media, discussed ways to narrow the inconsistencies. A well-received 92-page reference guide as well as a policy brief were presented to stakeholders, with a concise summary of information, learnings and recommendations from the research.