As part of the “Connecting the Unconnected: Supporting community networks and other community-based connectivity initiatives” project, 12 community network organisations (four in Africa, four in Asia and four in Latin America) were selected and granted funding towards activities that create and foster a peer learning community. Over the recent weeks we have been sharing stories from the members of this peer community about local impacts of the work they carried out with the help of this funding. Today, we are featuring a story that was shared with us by the Colombian organisation Colnodo.

Organised by Colnodo with the local support of ApropiaCyT, the ComunicArte gathering was held in Popayán, Colombia from 30 September to 4 October 2019. The participants included representatives of the three other Connecting the Unconnected peer community members in Latin America – AlterMundi (Argentina), Coolab (Brazil) and Instituto Bem Estar Brasil (IBEBrasil) (Brazil) – and of the Colombian community network Red Comunitaria INC (RedINC), as well as partners like REDES A.C. and TIC A.C. from Mexico, guests from local civil society organisations and universities, and representatives of rural communities interested in community networks. The five-day event combined workshops in Popayán and a day-trip visit to the RedINC community network in the municipality of Buenos Aires, Cauca.

The first day began with icebreaker activities, after which the participants introduced themselves, and agreements were reached on the use of the space, considering the diversity and interests of everyone involved.

In the afternoon, with the support of the team from REDES A.C. and using the “Technology Identification Matrix”, the participants worked mainly on mapping out the area, its villages and landmarks, as well as the challenges faced and the shared responsibilities of different actors. For this activity, the people from the community drew a map of the area on a large sheet of paper.

The second day began with a presentation by Boni from the Tosepan Union of Cooperatives in Mexico, who shared their experience as a cooperative organisation and how it is intertwined with their communications processes, which include a project currently underway to develop a community network. Afterwards, inspired by the presentation, the people from the community identified their dreams for the area, which they added to the map drawn the previous day.

In the afternoon, attention was turned to technical aspects of data transmission networks, through an activity using cards with images of networking equipment, led by Hiure and Angie. Then Roberto from TIC A.C. in Mexico gave a presentation on his organisation’s experience in the development of community cellular networks. 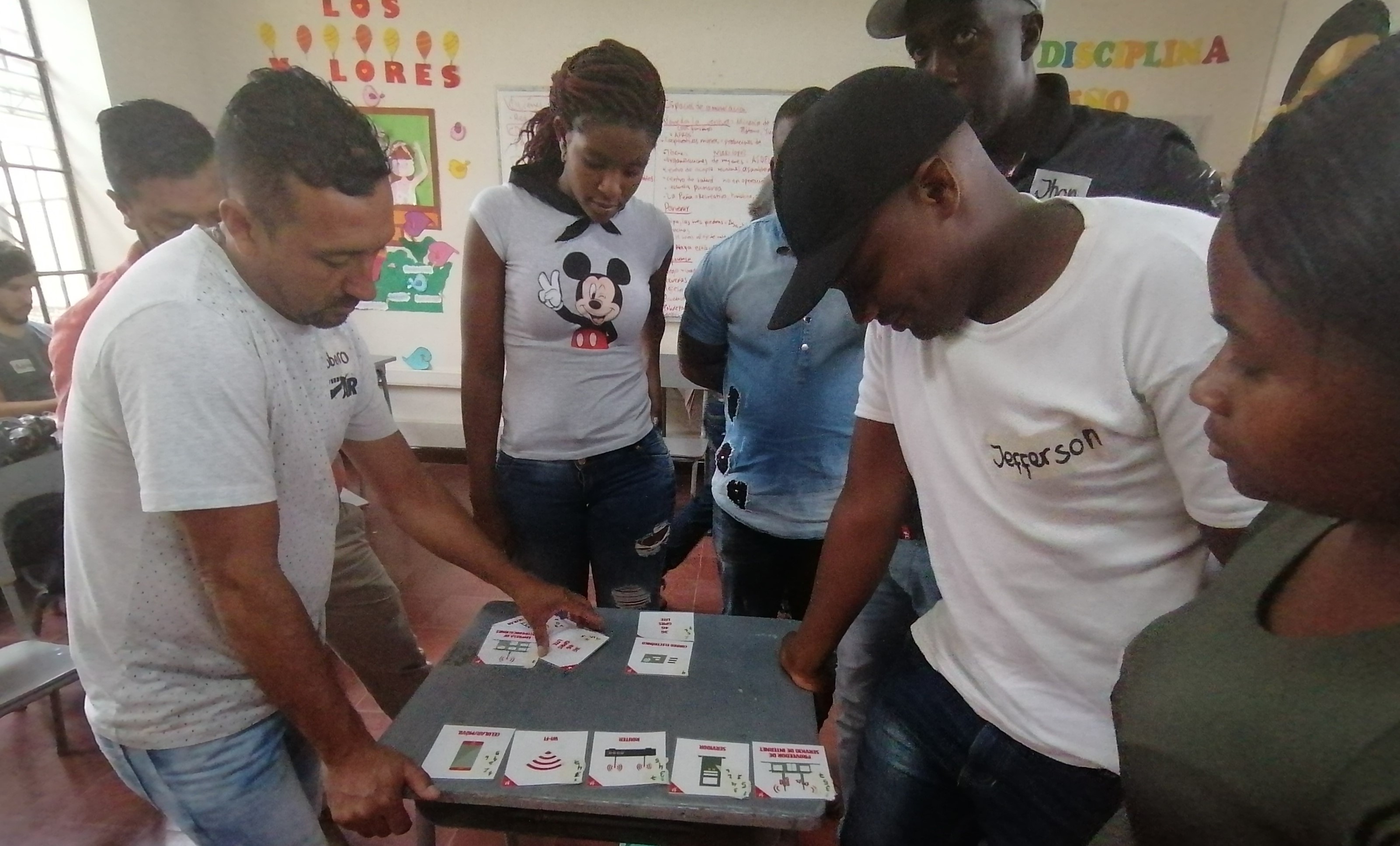 For the final afternoon session, the team from AlterMundi shared their experiences with community networks in Argentina, beginning with the establishment of the QuintanaLibre network and the subsequent installation of LibreMesh and LibreRouter equipment in the networks they have helped to establish. They distributed copies of a manual developed by AlterMundi to support communities in the process of establishing their own networks and agreed to carry out a practice session the next day.

Wednesday began with an icebreaker activity, followed by the resumption of the activity with cards for a deeper look at issues related to the transmission of data on communications networks. This was followed by a talk about electrical equipment protection systems, based on the experience of TIC A.C. and an assessment of the features of the RedINC network, to identify potential improvements.

In the afternoon, the AlterMundi team led a session on testing and configuration of LibreRouter equipment, followed by an exercise using the Coding Dojo methodology for the implementation of a local content server, led by Coolab from Brazil. Later that evening the group split into two and worked on a detailed review of LibreMesh architecture and the recording and uploading of a radio programme, with the support of IBE Brasil. 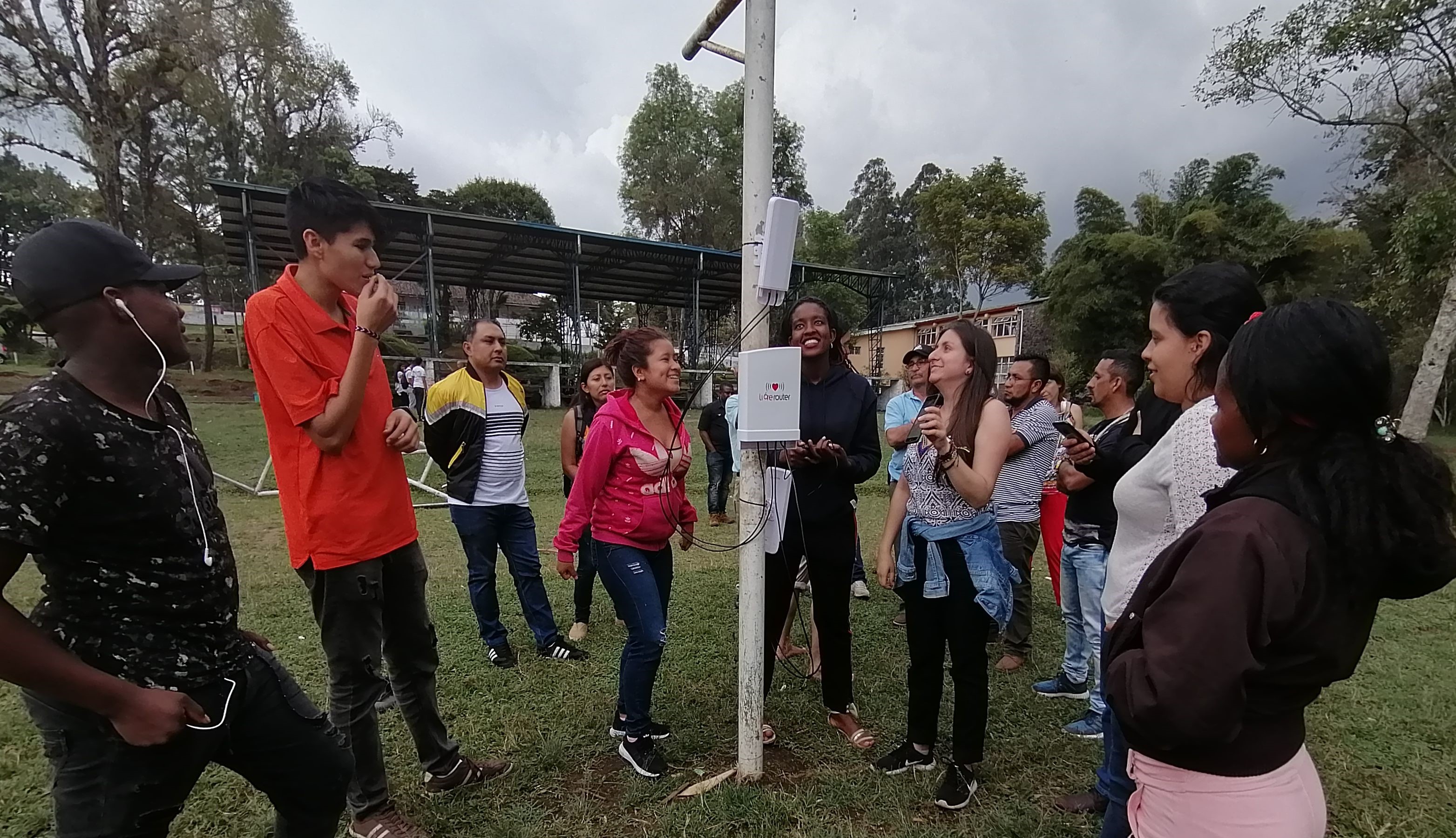 This was followed by the closing of the workshop, where we listened to a recording of the first RedINC radio programme, toasted and celebrated the gathering, and talked about the security conditions for visiting the area where RedINC is located, in the northern part of Cauca.

This is a region that has been heavily affected by the violence of armed groups. In order to carry out the visit, it was important to have as much information as possible, which is why different organisations and the community where RedINC is located were consulted. The community expressed the importance of the visit, because it would give them the opportunity to demonstrate the progress made by the network, to get feedback in order to make improvements, and above all, to show others their community from a different perspective, unlike the image usually portrayed by the media. The participants jointly decided that a group of them would take part in the visit, taking all of the necessary precautions to travel safely and keep their contacts informed, accompanied by the Guardia Cimarrona, a community-based civilian defence force.

The fourth day was a day to rest and prepare for the trip to visit the RedINC network.

On the fifth and final day, a group of participants set out for the villages of La Esperanza and Agua Blanca in the municipality of Buenos Aires, Cauca. Accompanied by members of the Guardia Cimarrona and people from the community, they visited and reviewed several nodes of the community network. In the village of Esperanza they had breakfast and made adjustments to the mesh network to improve data transmission, and also checked out the systems used for electrical equipment protection and solar power supply. 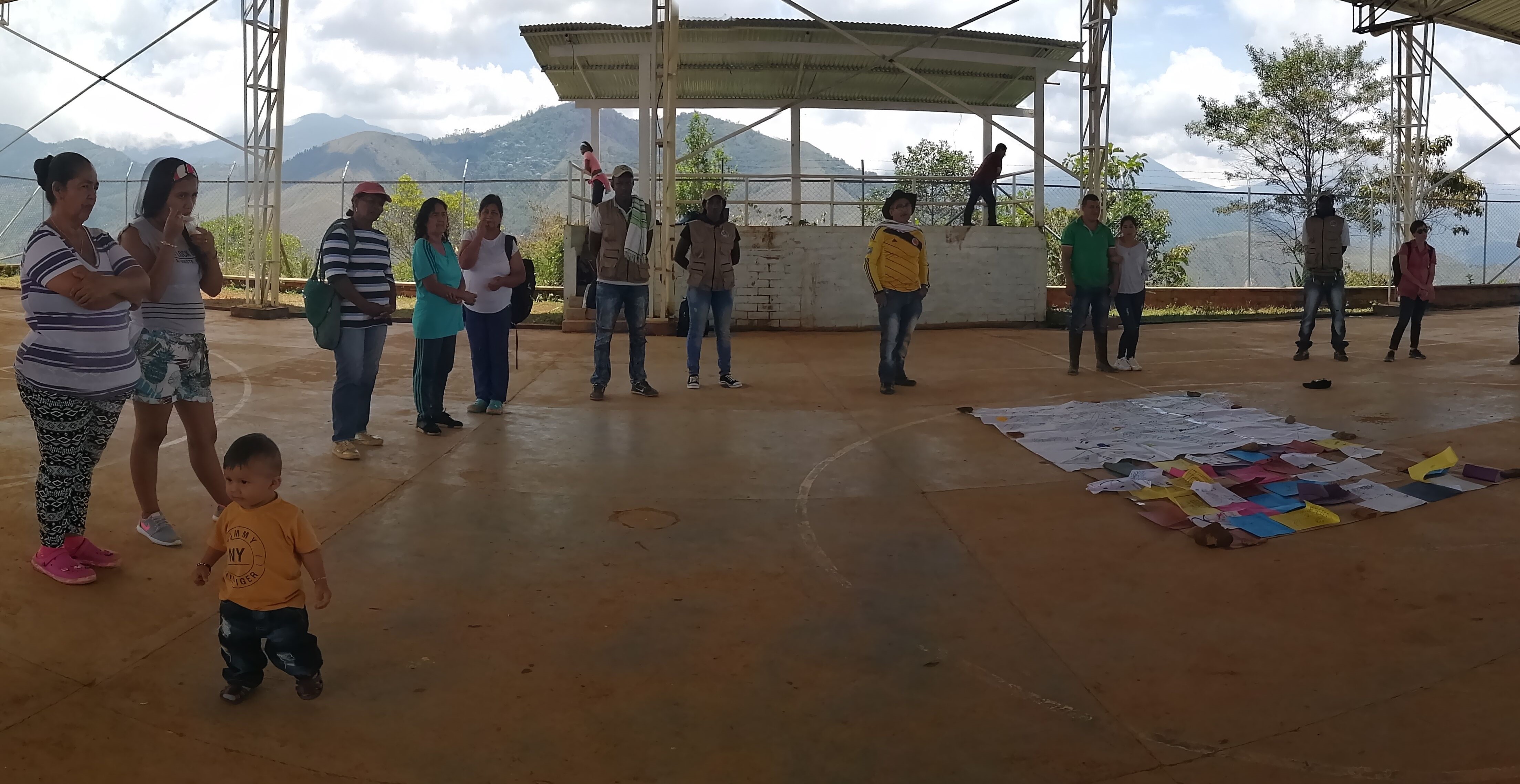 They were unable to get to the village of Elvira because of a landslide blocking the road, but they did make it to the village of Agua Blanca, where the workshop participants installed and aligned an antenna to connect it to the community mesh network. The last stop was a visit to the La Esperanza coffee processing plant, run by a group of former FARC combatants.

The day ended back in Popayán, with everyone inspired by the warm welcome of the community and their eagerness to continue making progress on the development of the RedINC network.

Don't miss the rest of the Community Networks Stories!