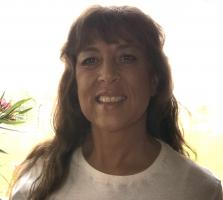 In June 2014, Nicola became Professor of Computer Science (HCI) at the University of Namibia. She is also affiliated with the Digital Ethnography Group, Royal Melbourne Institute of Technology (Australia) and Department of Informatics, University of Pretoria (South Africa). Her main focus at the moment is contributing to facilitating Namibian academics and students in undertaking research, for their country on their own terms. Since 2003 she has focused on Human Computer Interaction (HCI) Design for rural contexts and knowledge practices that contrast with those that typify technology design. Nic applies situated, ethnographic and participatory methods and usually lives rurally – for the past few years, in a geographically remote African village. This has enabled her to work with Aboriginal communities in Australia and in villages in South Africa, Namibia and Mozambique, to live in technology-sparse, often incredibly beautiful, "natural" environments and learn from the wisdom of the land, as she engages with the footsteps of its people.

Most of her 90 peer-reviewed publications relate to designing interactions with mobile devices, information systems and simulated environments that suit the needs of inhabitants of, and visitors to, rural and often impoverished places.

Nicola has researched and/or lectured at universities in the UK (London, Sussex and Cambridge), Australia (ANU, Queensland and Charles Darwin) and South Africa (Cape Town and Nelson Mandela). She was a programme director of an undergraduate degree in virtual worlds and deputy head of the School of IT, James Cook University (Cairns, Australia).

She has an Honours in Biology and Psychology (Stirling), a PhD in neurophysiology (Queen Mary, London), and a Masters in IT (Queensland). Nic spent her first years of life in Africa and has been a "third culture kid" ever since – living for many years in Africa, Asia and the Middle East.