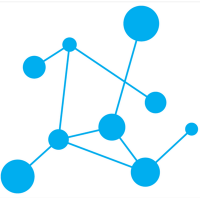 Yayasan Mitra Ruang Kolektif – also known as Common Room Networks Foundation (Common Room) – is an open platform for creativity and innovation, which was registered as a non-profit organisation in 2006. This institution started as a project led by Bandung Center for New Media Arts that was active until 2006.

After being initiated as a project bridging dialogue and interaction to encourage multidisciplinary collaboration and connect numerous individuals, Common Room has engaged in outreach with diverse social and cultural backgrounds. Since the initial period of development, Common Room has been committed to maintaining a space for freedom of expression and civic empowerment that utilises art, culture and ICT/media tools.

Starting in 2013, Common Room has also been actively engaged in a collaborative effort with the Kasepuhan Cipatagelar indigenous community to develop urban and rural collaboration platforms that nurture creativity, innovation and social entrepreneurship in both local and international contexts.