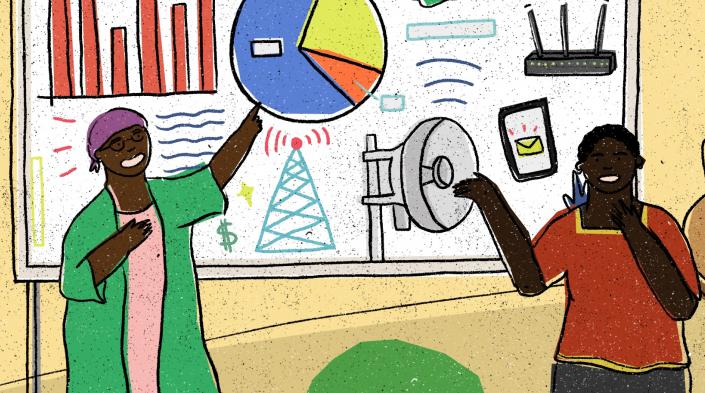 The UK Government's Digital Access Programme provided support in 2018 for people in South Africa involved in community networks to attend the Third Summit on Community Networks in Africa, co-organised by the Association for Progressive Communications (APC) and the Internet Society.

In 2018, the summit was hosted by APC-member Zenzeleni Networks Non-Profit Company (NPC) and took place in Wild Lubanzi, South Africa. In total, 18 individuals were sponsored to participate in the summit thanks to DAP's support. Over and above the long-lasting impact that this participation will have on the fellows, some tangible impacts from the fellowship in at least three community network initiatives they represented soon followed the Summit.

Thus, when plans were being made for the Fourth Summit of Community Networks in Africa, discussions with the Digital Access Programme Adviser in South Africa around similar support to the event as the one in 2018 resulted in going beyond the fellowship, and exploring what happens after fellows attend the summit (or any training event) so more community networks emerge. This way, the "Pilot Mentoring Project to Develop Community Networks in South Africa" was created, via an agreement between APC and DAP, which was implemented in the field by Zenzeleni Networks NPC.

What follows is part of our effort to capture the activities, results and lessons learned from the Pilot Mentoring project. This pilot project was instrumental in designing the multi-year, multi-country project to enable community networks in Brazil, Indonesia, Kenya, Nigeria and South Africa, which APC is implementing with funding from DAP.

The images are for illustrative purposes and do not intend to represent the actual communities, the activities, the mentors or the mentees involved in the pilot.

You can also download the presentation here: Strenthening community networks in South Africa