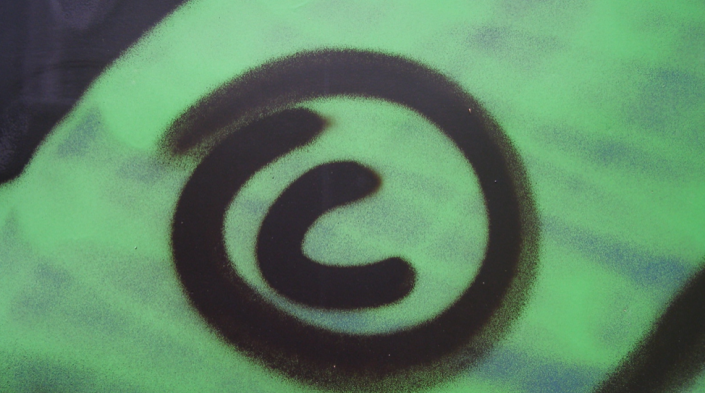 Image from Erich Ferdinand on Flickr.
Published on 11 May 2020
Page last updated on 29 June 2020
Author:
Association for Progressive Communications and International Federation of Library Associations and Institutions

The President of South Africa

We are writing to you in connection with the letter addressed to you by Her Excellency Riina Kionka, European Union Ambassador to South Africa, on 20 March 2020, concerning the Copyright Bill that currently awaits your signature, following its approval by Parliament.

As you will be aware, educators, researchers, librarians and user rights representatives across South Africa and internationally have been following closely the progress of our country’s Copyright Bill as it has progressed through Parliament and multiple consultations and discussions.

The Bill itself is long overdue. With the last major update having taken place 42 years ago, there is a pressing need to bring laws into the digital age, as well as to address the significantproblems around the governance of rightholder organisations set out by the Farlam Commission.

The resulting Bill marks a significant step towards these goals. It improves the situation of creators by ensuring more effective oversight of collecting societies and introducing reversion rights – steps which align closely with measures recently taken in the European Union – and introduces the concept of a ‘making available right’ to support publishers.

It also gives South Africa’s teachers, learners, researchers and librarians new possibilities to use works which they have lawfully accessed, without doing harm to the legitimate interest of rightholders, in line with practice in many of the world’s most innovative economies.

Furthermore, the bill will make the necessary changes for South Africa to benefit from the provisions of the Marrakesh Treaty, and so for people with print disabilities to enjoy equal access to information.

The Department of Trade and Industry is to be commended for the thorough research and extensive consultation with all stakeholders that they undertook to inform the development of the Bill.

It is therefore regrettable to see the Mission of the European Union, which otherwise has a strong record of running programmes and projects designed to support research collaboration and promote inclusion and equality, take such a position. The letter restates unquestioningly the same arguments which have repeatedly been made throughout the copyright reform process, and which have regularly been dismissed in the various consultations, parliamentary hearings, and other opportunities that there have been for consultation.

In particular, its assertion that South Africa’s reform would conflict with international law ignores the fact that other countries have already implemented provisions similar to those in the Bill, without challenge in international fora. The European Union itself has recently updated its own copyright laws, introducing, for example, the possibility for users to disapply contract terms that remove rights. The notion of fair use is also consistent with South Africa’s commitment to uphold rights enshrined in the International Convention on Economic Social and Cultural Rights to which South Africa is a signatory.

Furthermore, claims that the proposed measures would lead to uncertainty also both ignore the well-established jurisprudence internationally around fair use, and effectively dismisses the ability of South Africa’s judiciary to apply the rules effectively and clearly.

It is also worth noting that the EU and the Dept. of Science and Technology (now Science and Innovation) have been involved for a number of years in an Open Science Dialogue - see the 2019 report at http://www.eresearch.uct.ac.za/eresearch/news/sa-eu-open-sciencedialogue.... Provisions in the Bill would enhance research and innovation, and would facilitate open access and open science programmes as envisaged by thiscooperative project.

As you know South Africa faces major challenges in tackling inequality and promoting inclusion. The proposed law stands to address these by broadening possibilities for education, research and access to information for people with disabilities, and creating a richer, stronger society in future, better able indeed to partner with the European Union, its researchers and businesses.

The SA Department of Higher Education and Training (DHET)'s National Open Learning System (NOLS) was initiated a few years ago and the DHET drafted its Open Learning Policy Framework for Post-School Education and Training. In the Government Gazette of 7 April 2017, it states that "Open learning initiatives driven by the DHET such as the NOLS will be funded initially through the European Union Sectoral Support Programmes Budget. Funding has been secured for the implementation of the initial and second phases of the Open Learning initiative, up to 2025." The Copyright Amendment Bill has appropriate provisions to ensure that such initiatives can develop open learning material and increase knowledge sharing.

We therefore hope that you will see fit to set aside the claims made in this letter, and that you will sign the Copyright Bill into law without further delay.

Minister of the Dept. of Trade and Industry, Mr Ebrahim Patel -  ineethling@thedti.gov.za

APC - the Association for Progressive Communications is an international network of civil society organisations founded in 1990 dedicated to empowering and supporting people working for peace, human rights, development and protection of the environment, through the strategic use of information and communication technologies (ICTs).

IFLA – the International Federation of Library Associations and Institutions – is the global organisation for libraries, with members in over 150 countries worldwide. With a mission to inspire, engage, enable and connect the global library field, it works both to build the capacity of libraries of all types to serve users, and to strengthen the voice of libraries worldwide.