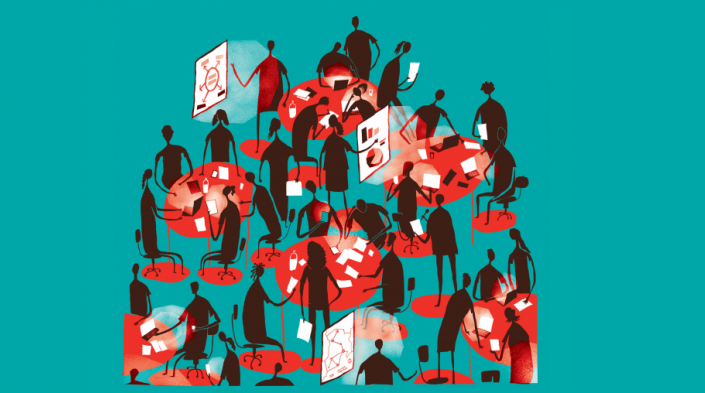 International internet governance spaces such as the global Internet Governance Forum (IGF) are relevant for coordinating global actions, but the governance of the internet comes down to the local scope, where discussions and agreements must become specific and practical: about policies and regulation, about societal needs and planning, about priorities and what comes first, about local telecommunication infrastructures, and about governance itself.

In this edition of GISWatch, several country reports draw attention to the absence of participation by the underserved and unconnected – rural, poor, grassroots, indigenous and other marginalised stakeholders – in the internet governance processes in their countries. Similarly, there is often a lack of consideration of key issues that impact on these communities. Key challenges in involving remote or excluded communities – which can be urban or rural – include raising awareness about the importance of internet governance in those communities, helping them understand the policy spaces and the roles they can play, building their capacity to engage in internet governance deliberations, and financing their participation in national and regional IGFs.

While representative and relevant non-profit organisations can be invited to participate in internet governance processes, and thereby offer excluded communities some indirect representation, the fact is that in general and by their own design, community networks often also have their own forums, oriented to more action (coding, deployments, training) and less discussion (debating and drafting text). Community networks can be credible local stakeholders to include in national and regional deliberations on internet governance, and may even be critical stakeholders to consider, as they are action-oriented. They offer concrete examples of innovative practice in technical access solutions and governance models, fresh opportunities to reconfigure citizen engagement and illustrate the relationship between internet governance and development. At the same time, renewed interest shown in community networks by donors and civil society organisations across the world – including at the global IGF – means that they are receiving some attention as a collective movement of grassroots access initiatives.

Community network infrastructures can have public or private ownership with diverse legal forms, and are typically based on cooperative models to create a network that could not have been developed by each contributor in isolation. In fact, diversity and the choice that it brings are important ingredients for their sustainability.

“Communities” that set up community network infrastructures are also diverse, and include indigenous and other cultural communities (see, for example, the report from Canada in this year’s GISWatch), low-income neighbourhoods in urban spaces, topographically isolated towns, and population groups that share a similar interest. Given their function as public resources and spaces, community networks should be – and ideally are – accessible to all members of society.

As open commons these are expressly open for participation by any stakeholder that is willing to contribute to their sustainability in exchange for the benefits it can extract (connectivity). Participation is not limited to accessing the resource system for consumption or contribution of connectivity, but is also open for participation in the management of the resource system and the definition of its governance rules. Moreover, network infrastructure commons, open or not, are self-organised crowdsourced structures; therefore, their sustainability depends on and benefits from contributions from all participants.

A common property system (which manages a common-pool resource such as water or fish stocks or coal) is a traditional and recognised governance model for shared resource systems and can also be used to govern community networks. Elinor Ostrom has defined eight principles as prerequisites for sustainable common pool resource management.1 These include clearly defined boundaries, rules regarding the appropriation and provision of common resources, arrangements around decision making, effective monitoring, sanctions, conflict resolution, and self-determination.

According to their roles and interests, several main groups of participants in community networks can be identified – all of which have a role to play in internet governance discussions:

As a general governance principle, preserving a balance among these or other stakeholders is desirable, as every group has natural attributions that should not be delegated or undertaken by any other.

A work in progress: Developing a common conceptual base for action

Given the clear relevance of community networks to internet governance, it is surprising that so little attention has been given to them, whether as a stakeholder – or as a basket of “stakeholders” that have a direct interest in internet governance concerns – or as a thematic issue that requires critical consideration.

The idea for a Dynamic Coalition on Community Connectivity (DC3) emerged during the 2015 global IGF,2 and it held its first formal meeting at the 2016 IGF. “Community connectivity” deals with access solutions based on community networks, which are defined by this group as “a subset of crowdsourced networks, structured to be open, free, and neutral.

Such networks rely on the active participation of local communities in the design, development, deployment and management of the shared infrastructure as a common resource.” 3

During an earlier IGF workshop in 2015, many of the participants found they shared interests and concerns, and realised that a Dynamic Coalition could be a useful way for them to work together after the IGF. The idea was to move the discussion on community networks forward, raise awareness, and further analyse how such networks may be used to foster sustainable internet connectivity while empowering internet users. At the end of 2016 the DC3 began working on a “Declaration on Community Connectivity”4 as a document that would provide a common conceptual base for their work and actions. It continues to be a work in progress.

Linking the global and the local: Implications for national and regional IGFs

The DC3 is a typical example of how Dynamic Coalitions are formed – at the 2015 global IGF a like-minded group of people recognised that they shared the same concerns. During their exchanges, the potential of community networks to be a critical part of the solution for bridging the access divide, while offering the potential for many spinoff benefits resulting from the capacity built in the communities and their increased sense of self-reliance, became clear. Several meetings had earlier taken place at the IGF where it was recognised that critical social, economic, governance, policy and regulation conditions for feasibility and sustainability had to be in place for these access solutions to thrive. Thus it made sense to bring these different stakeholders together to discuss the issues in a more focused forum and learn from each other.

In this respect, the Dynamic Coalition work has been useful for collaboration, sharing experiences and information, and turning that experience into action in other forums and spaces. The publications resulting from the DC3 have also been very useful for raising the issue of community networks and increasing awareness of the networks generally.

However, participants have indicated that in order to influence regulation agendas (an area that is very relevant to the members of this Coalition), the dialogue also needs to move beyond the informal spaces of the IGF to more high-profile sessions and to binding spaces such as the International Telecommunication Union (ITU).

As has also been observed by some members, another important issue to address in the future is to encourage more engagement similar to the Dynamic Coalitions to take place at national and regional IGFs. Some participants have noted that the theme of community networks does not yet seem relevant at national IGFs, probably due to a combination of factors, including the novelty of the theme plus a lack of awareness or representation, since the spaces are dominated by more institutional or commercial stakeholders with little interest in these topics. Another factor is the difference in focus among community network activists, who are more oriented to action and less attracted by general policy discussions.

As one observer from DC3 noted:

I think that the current interest in community networks from donors, and other institutions traditionally involved in global IGF processes, is a direct result of the presence of local representatives of community networks being vocal about the benefits of this approach in those events. I would say that the regional perspectives are not consolidated yet, as initiatives to gather regional actors have started only recently, but it is already permeating in some debates as those actors see the value of lobbying at the regional level.5.

It is apparent that national or regional regulation, policy and socioeconomic issues that determine the feasibility and development of community connectivity may need to be shared and discussed in national and regional IGF spaces and processes, as this may be critical for the feasibility and sustainability of community connectivity solutions in each region. Participating in the work of the DC3, or even creating a Dynamic Coalition at the national or regional level, could be a potential way to actually make national or regional themes more relevant at the global IGF. At the same time, community networks themselves should be encouraged to participate in national and regional IGFs as important stakeholders to ensure that the development of community infrastructures consolidates and expands towards universal connectivity.

1 Ostrom, E. (1990). Governing the Commons: The evolution of institutions for collective action. Cambridge University Press.
2 https://www.intgovforum.org/cms/175-igf-2015/3014-dynamic-coalition-on-community-connectivity-dc3#introduction
3 Belli, L. (Ed.). (2016). Community Connectivity: Building the internet from scratch. Annual report of the UN IGF Dynamic Coalition on Community Connectivity. http://bibliotecadigital.fgv.br/dspace/handle/10438/17528
4Ibid.
5The authors would like to thank the members of DC3 for their insights