#KeepitOn: Joint letter on keeping the internet open and secure in Nigeria 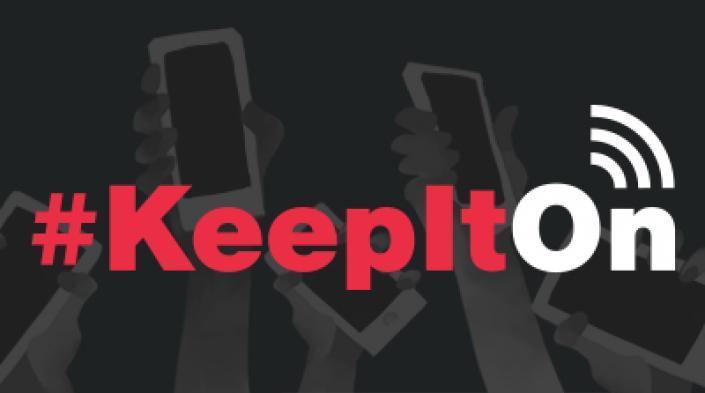 Re: Internet shutdown in upcoming elections in Nigeria

We the #KeepItOn Coalition welcome your statement dated 1 February 2019 reaffirming your commitment to ensure the stability and openness of the internet during the elections in Nigeria. Access to information and freedom of expression are pillars of a democratic society and are essential during elections. Millions of Nigerians like many more around the world depend on the internet to find their polling stations, identify and engage with election campaigns, listen and vet candidates, use the information they gather online to cast their vote, and use the internet to report misconduct during the elections. Because of the many undeniable advantages of the internet, we the #KeepItOn Coalition that make up more than 180 organizations from over 68 countries implore you to keep the internet open during the upcoming elections in Nigeria.

The open internet has fostered unprecedented creativity, innovation, and access to information and to other kinds of social, economic, cultural, and political opportunities in Nigeria and across the globe. The technical means used to block access to information online often dangerously undermine the stability and resiliency of the internet. Internet shutdowns must never be allowed to become the new normal.

Nigeria has a vibrant civic tech and startup community, and the digital economy continues to progressively contribute to the gross national product (GDP). The digital economy is estimated to contribute USD 88 billion by 2021 and create over three million jobs. Any attempt to shut down the internet will cost your country аn estimated USD 134,251,654 per day in direct economic costs, and will slow the realization of economic, social, and cultural rights broadly.

A growing body of findings and resolutions hold that intentional disruptions to online communication violate international law. The UN Human Rights Council and the UN General Assembly have passed, by consensus, multiple resolutions that unambiguously condemn internet shutdowns and similar restrictions on freedom of expression online. For example, the UN Human Rights Council in Resolution A/HRC/RES/32/13 "condemns unequivocally measures to intentionally prevent or disrupt access to or dissemination of information online in violation of international human rights law and calls on all States to refrain from and cease such measures."

Experts from the United Nations, the Organization for Security and Co-operation in Europe (OSCE), the Organization of American States (OAS), and the African Commission on Human and Peoples’ Rights (ACHPR), declared that internet “kill switches” can never be justified under international
human rights law, even in times of conflict.

In November 2016, the ACHPR adopted a resolution, ACHPR/Res. 362 (LIX), on the right to freedom of information and expression on the internet in Africa, which noted its concern over “the emerging practice of State Parties of interrupting or limiting access to telecommunications services such as the Internet, social media and messaging services, increasingly during elections.”

The UN Human Rights Committee, the official interpreter of the International Covenant on Civil and Political Rights, emphasizes in General Comment No. 34 that restrictions on speech online must be strictly necessary and proportionate to achieve a legitimate purpose. Shutdowns are neither necessary to nor effective at achieving a legitimate aim; by contrast, shutdowns disproportionately impact all users, and unnecessarily restrict access to information and emergency services communications during crucial national moments while also limiting transparency and accountability required at these times.

[1] An internet shutdown is defined as an intentional disruption of internet or electronic communications, rendering them inaccessible or effectively unusable, for a specific population or within a location, often to exert control over the flow of information. See more at https://accessnow.org/keepiton.