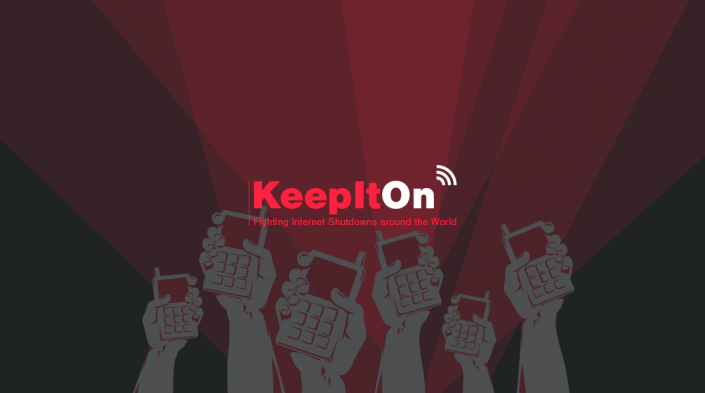 Re: Threats of internet shutdowns and disruption of online communications in Hong Kong

We are writing to urgently request that you ensure the stability and openness of the internet in Hong Kong. We have received reports that your government intends to censor, disrupt, and block social media and other communication platforms and shut down the internet. On the 27th of August, news media reported that the Chief Executive had suggested that her administration would consider legacy emergency legal powers to allow the Government of Hong Kong to restrict means of communication as part of a larger crackdown on the ongoing protests by residents of Hong Kong.

Additionally, reports have come of renewed distributed-denial-of-service (DDoS) attacks and other cyber disruption activities targeting online messaging services. This puts the open internet in Hong Kong under great threat. On behalf of the more than 200 organizations from over 70 countries that make up the #KeepItOn Coalition, we implore you to keep the internet open and secure in Hong Kong, drop any consideration of using emergency powers to block internet communication, and ensure that messaging services are not disrupted by government orders or
by cyber attacks.

The open Internet has fostered unprecedented creativity, innovation, and access to information and to other kinds of social, economic, cultural, and political opportunities across the globe. The technical means used to block access to information online often dangerously undermine the stability and resiliency of the Internet and democracy in Hong Kong. Internet shutdowns and censorship must
never be allowed to become the new normal in Hong Kong.

We strongly urge the Hong Kong Executive Council to recognize the truth in the statement made by the Hong Kong Internet Service Providers Association on August 28, which notes that “any such restrictions, however slight originally, would start the end of the open Internet of Hong Kong, and would immediately and permanently deter international businesses from positing their businesses and investments in Hong Kong.” Countries that impose internet shutdowns incur devastating economic costs. A 2016 study by the Brookings Institution, a prominent think tank, revealed that shutdowns drained $2.4 billion from the global economy between 2015 and 2016. We estimate an internet shutdown could conservatively cost Hong Kong $425,000,000 per day in direct economic impact and will slow the realization of economic, social, and cultural rights broadly.

It is also important to note that any attempt to somehow institute a “partial” disruption or shut down internet-based services and communications will also end up impacting all of the residents and visitors to the city, especially as several messaging services use cloud-based services and will be at risk of service disruption. An escalation in censorship and disruption of internet-based communication services in Hong Kong will have a ripple effect, impacting users elsewhere in the Asia Pacific region as well as those based globally who depend on access to data stored in Hong Kong and use internet services maintained by organizations based there.

A growing body of findings and resolutions holds that intentional disruptions to the internet violate international law. In July 2016, the United Nations Human Rights Council passed, by consensus, a resolution on freedom of expression and the internet with unambiguous language on internet shutdowns and other restrictions on freedom of expression online. Resolution A/HRC/RES/32/13 "condemns unequivocally measures to intentionally prevent or disrupt access to or dissemination of information online in violation of international human rights law and calls on all States to refrain from and cease such measures."

Experts from the United Nations, the Organisation for Security and Co-operation in Europe (OSCE), Organization of American States (OAS), and the African Commission on Human and Peoples’ Rights (ACHPR), also issued a historic statement declaring that internet “kill switches” can never be justified under international human rights law, even in times of conflict.

The Hong Kong Government is obligated to uphold the rights guaranteed by the International Covenant on Civil and Political Rights, which is further embodied in Hong Kong law by the Bill of Rights. The UN Human Rights Committee, the official interpreter of the ICCPR emphasizes in its
General Comment no. 34 that restrictions on speech online must be strictly necessary and proportionate to achieve a legitimate purpose. Shutdowns, by contrast, disproportionately impact all users, and unnecessarily restrict access to information and emergency services communications during crucial moments. Shutdowns are neither necessary, nor effective, at achieving a legitimate aim, as they often spread confusion and encourage more people to join public demonstrations.

Hong Kong government officials have been reported saying that the government would look into all laws “to stop violence and chaos,” including the Emergency Regulations Ordinance, a 97-year-old law that grants the city’s administration sweeping and disproportionate powers in emergency occasions, including controlling and suppressing communications and means of communication. We strongly caution that even if this legacy law — meant for “an occasion of emergency or public danger” — is unjustly invoked, the usage of such powers to order internet shutdowns or other large scale disruption of communication services would not towards the public interest under Hong Kong law nor would it be justified in any way under international human rights law.

Government officials must act to protect a functioning, secure internet for users

The #KeepItOn coalition is gravely concerned by the increased harassment of users online and targeted cyber attacks of communications platforms. There have been numerous reports of targeted DDoS attacks against online forums and messaging platforms in Hong Kong. There have also been attempts by officials to force the identification of users outside of legal process channels, and this illegal action has reportedly forced Telegram to undertake product changes in order to address these risks. Attempts to decrease the openness of the internet and increase its vulnerabilities in Hong Kong deeply harms human rights in our digital age, particularly the rights to free expression, access to information, privacy, and freedom of association.

The international human rights community has already expressed concerns regarding the possibility of violation of human rights in Hong Kong. In a recent press briefing, the UN’s Office for the High Commissioner for Human Rights called for protections of the rights of freedom of expression and urged the Hong Kong Government “to ensure that the right of those who are expressing their views peacefully are respected and protected.”

Shutting down or restricting the internet and disrupting communications will not stop protests and the triggers behind them. They only increase societal anxiety, and often hide human rights violations, creating greater difficulty for long-term stability and peaceful dialogue. Our record has shown an increase in governments’ leveraging shutdowns to silence people and control information. We ask the Hong Kong Government not to join such actions that would fundamentally undermine democracy in the administrative region.

Accordingly, the undersigned respectfully request you — the Chief Executive and Executive Council of Hong Kong — to use your public offices to: