HRC43: APC statement on the situation of human rights in Myanmar

Home / Publications / HRC43: APC statement on the situation of human rights in Myanmar 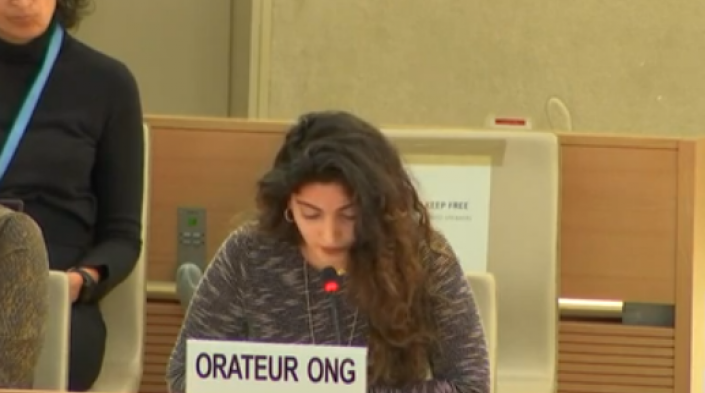 Statement delivered during the Interactive Dialogue (ID) with the Special Rapporteur on the situation of human rights in Myanmar, 26th meeting, 43rd regular session of the UN Human Rights Council
Item 4: Human rights situations that require the Council’s attention

The Association for Progressive Communications and the Myanmar ICT for Development Organization thank the Special Rapporteur for her report on the situation of human rights in Myanmar, particularly for highlighting how information and communications technologies (ICTs) are being leveraged to perpetuate violations against and impose restrictions on religious minorities such as the Rohingya.

Of particular concern is the rampant use of hate speech to intimidate minorities and perpetrate violence, especially online, in the lead-up to the elections this year, which, as the Special Rapporteur notes in her report, is a pervasive and serious concern. Nationalist and extremist rhetoric has remained largely unaddressed in Myanmar, with much of it supported and condoned by the government. As pointed out by the High Commissioner, hate speech is dangerous, and we call for the immediate action of the Council in this regard.

Rights of minorities are being further violated and their lives endangered through the continued suspension of internet services by the government in Rakhine and Chin states pursuant to section 77 of the Telecommunications Law, recognised as the world’s longest internet shutdown. Internet shutdowns have the effect of isolating people and cutting them off from necessary aid and information. They are in violation of international norms and standards and must cease immediately. Students and activists protesting against this shutdown have been targeted by the government, with six student activists including Kyaw Lynn detained and cases filed against three others for organising a protest against the clampdown last month.

We call on the government of Myanmar to drop all cases against students and activists engaging in peaceful protests. We urge the government to lift all restrictions on internet access in the country, eradicate the practice of imposing internet shutdowns, and amend the Telecommunications Law to be in accordance with internet human rights standards. We further call for the continued attention of the Council to the human rights situation in Myanmar.

This statement was delivered by Diana El Richani from Action Canada for Population and Development on behalf of APC.