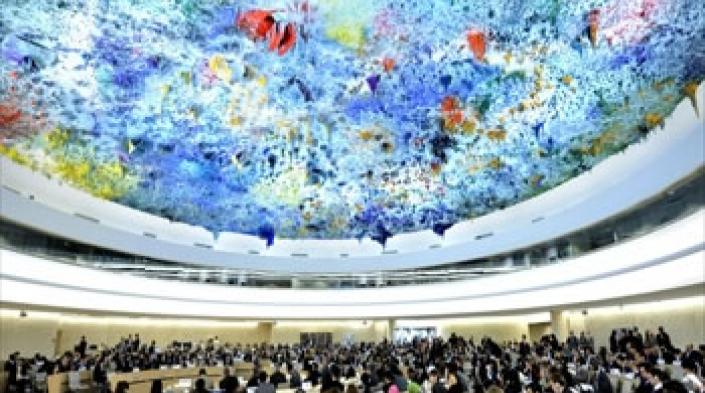 Oral statement delivered by the Association for Progressive Communications under Item 3: General Debate

The Association for Progressive Communications welcomes the High Commissioner's report on bridging the gender digital divide. In particular, we commend its emphasis on the intersectionality of discrimination that negatively affects women’s access to the internet and its framing of the digital divide as both a consequence and cause of violations of women’s human rights.

We also welcome the emphasis on human rights as the framework for bridging the gender digital divide, and echo the call for states to respond to barriers to ICT [information and communications technology] access and use by women as part of their obligation to respect, protect and fulfil all human rights. The gender digital divide negatively impacts a wide range of women’s human rights, including sexual and reproductive rights. ICTs can offer access to information and resources that enable women to make more informed decisions about their sexual and reproductive health, and states must refrain from censoring such content.

We agree with the report’s characterisation of violence against women online as a barrier to women's access to the internet. States should combat acts of gender-based violence that are committed, abetted or aggravated, in part or fully, by the use of ICTs, in a way that respects women’s freedom of expression and agency while enhancing their participation. We welcome the announcement from the Special Rapporteur on violence against women that her next thematic report will focus on this issue more fully.

APC also supports the call for further research into new and emerging data-driven technologies, in particular the impact of bias in data practices which result in algorithmic discrimination that works to further exclude, discriminate and marginalise those already under-represented.

We wish to draw attention to the significant role of the private sector in bringing down costs, and the importance of low-cost options for expanding women’s access to the internet, public access, in particular, libraries.

The gender digital divide is increasingly on the agenda of major international institutions. What is now required is for states act with urgency to address it, as part of their human rights obligations.