End the wave of digital censorship in India

Home / Publications / End the wave of digital censorship in India 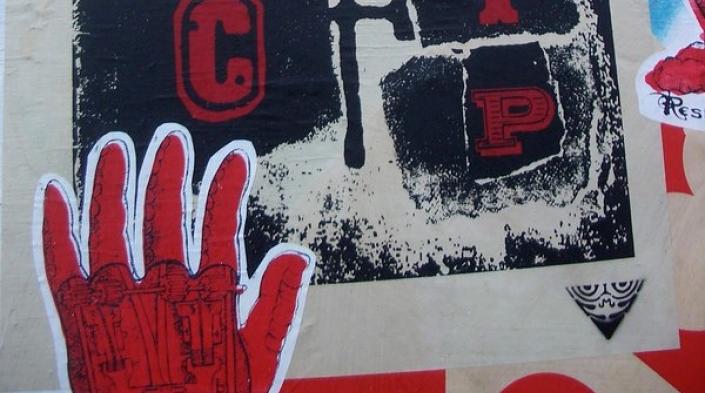 In April 2021, faced with a devastating second wave of COVID-19 cases, many Indians took to social media to report shortages of life-saving resources and in a desperate search for oxygen cylinders, intensive care beds and access to vaccines. These reports and pleas were met with a spate of online repression: the Indian government ordered Twitter, Facebook and Instagram to take down dozens of posts, alleging they contained “inflammatory” content. Web censorship and user data orders from the Government of India are not issued under judicial or independent administrative process; instead, they come from the unilateral dictates of executive authorities. Indian Government authorities have refused to publish any of the orders they are issuing to technology firms, asserting a broad claim of secrecy, and denying requests under India’s Right to Information Act.

In May 2021, the Indian Government issued a broad “advisory” directive to social media companies, warning them to curb misinformation, “fake news”, and content “that may affect public order and [be] unlawful in any way” — calling for proactive policing of user content beyond the due diligence requirements in India’s Information Technology Act. Meanwhile, social media platforms that flagged content posted by political leaders as manipulated media in violation of their internal policies to combat disinformation faced police intimidation.

These are troubling indicators of how the Indian Government, which has already been criticised for silencing protests, criminalising dissent, and blocking access to the internet, will use the expanded powers under the new intermediary rules, notified under the Information Technology Act in February 2021, to restrict online content, and chill free expression and access to information. The rules apply to all internet intermediaries, including social media companies, digital news media and video streaming services.

The rules were ostensibly created to combat “fake news”, restrict illegal content, aid public authorities in better tracing illegal activities online, and improve grievance redress mechanisms for users. However, they create a framework for unnecessary and disproportionate interference with freedom of expression by imposing onerous obligations on intermediaries to filter and take down content and an oversight mechanism that allows the government to determine what stays online. This can legitimize political or other bias in content governance, reducing the space for broad based expression, including criticism and dissent. This will adversely impact not just the right to free expression but the right to information.

The rules also impose data retention and “traceability” requirements which will undermine end-to-end encryption, resulting in a chilling effect on freedom of expression and freedom of association even on private messaging platforms, and put the personal data and privacy of users in India at risk. The rules run afoul of the necessity and proportionality standard laid down by the Supreme Court of India and the UN Human Rights Committee, and are inconsistent with the Indian Constitution as well as the International Covenant on Civil and Political Rights (ICCPR) — to which India is a party.

By creating a regulatory framework for digital news media, the rules also grant the Indian Government significant new powers over online news. As journalists and digital news publishers have pointed out in legal challenges and public statements, this grants the government an unprecedented, impermissible and unconstitutional level of control over online news, in violation also of India’s international legal obligations under article 19 and 22 of the ICCPR. The rules are beyond the scope of what the executive is authorised to do under current law.

The cumbersome obligations under the rules, and significant liabilities in case of non-compliance, serve to intimidate intermediaries and their employees into over-complying with overbroad mandates, to the detriment of users’ rights. Non-compliance with the rules would result in intermediaries losing protection from liability for third-party content under the “safe harbour” provision in the IT Act, and also personal liability for the chief compliance officer. There is, therefore, a very real risk that companies will be compelled to over-comply without adhering to  human rights obligations in order to avoid the threat of civil lawsuits or criminal complaints against their staff.

We already see the danger of encouraging platforms to overstep on content regulation in matters pertaining to discussion and critique of public authorities. In early May 2021, Facebook took down content and temporarily suspended accounts critical of the government; and Instagram took down stories and messages related to COVID-19 relief efforts, volunteering initiatives and criticism of the government’s handling of the pandemic. Instagram’s actions were done without notice or explanation, and when probed, labelled as a technical error. This highlighted the dangers of relying on automated content moderation which is typically overbroad, often unnecessary and almost always has a disproportionate impact on freedom of expression and information.

With inadequate transparency from social media companies on how users’ data is being used by the private sector and the government, at a time when the pandemic has made free flow of information even more critical — Indian users are stuck between a rock and a hard place.

We call upon the Government of India to:

We recognise the ongoing efforts by several social media and messaging intermediaries to stand up to unlawful orders they receive from public authorities, and limit infringements on fundamental rights in India. However, there are still concerns about how social media platforms will implement these rules, as they exert a significant level of power over peoples’ rights to privacy, freedom of expression and information, and the ability to exercise their freedom of association and assembly online.

Therefore, we call upon technology companies and internet platforms operating in India to: