CNX 2019 Report: Community Networks and the Internet of People 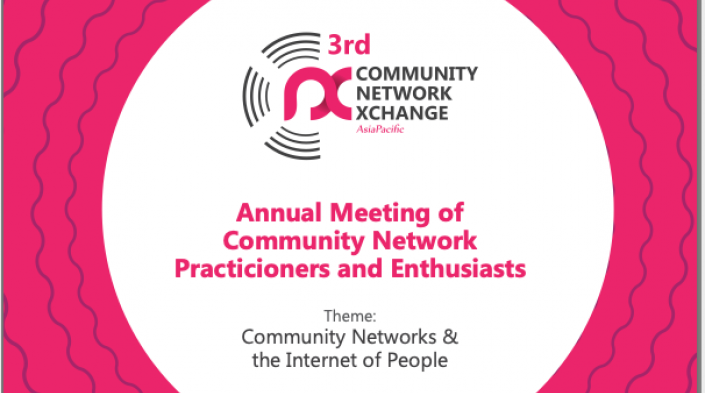 In December 2019, the third edition of the Community Network Exchange (CNX) took place in India. Over 50 people from 12 countries across Asia and South America met for a three-day summit, and this report provides an overview of the agenda, objectives and context of the event. The purpose of the CNX is for practitioners of community networks and community radio stations to discuss access to information, low-cost technologies, and independent infrastructure.

Over the course of the three days, participants visited two different locations in the southern provinces of Karnataka and Andhra Pradesh. The first day was spent at Janastu Basecamp, where two routers have been installed, providing network and radio services for the region. On the second day, the CNX moved to a new community space called ProtoVillage, a sustainable, locally developed community, that built its own communications infrastructure. The three days included numerous sessions on topics such as the role of women in developing safe community spaces, misinformation, and technological trends, as well as the actual management of community spaces.

Only 8% of the population in the Asia Pacific region has access to good quality and affordable internet services, and the development of community networks presents a do-it-yourself way for communities to build a network that works directly to their needs. Given that big telecommunications operators tend to avoid remote and rural areas, community networks are an increasingly viable alternative to ensure that Sustainable Development Goal 9, which aims to see universal connectivity by 2030, can be achieved through non-traditional means.

CNX 2019 was organised by the Digital Empowerment Foundation (DEF) and Internet Society (ISOC), with support from the Association for Progressive Communications (APC), Alliance for Affordable Internet (A4AI), Facebook, WhatsApp, ISIF and IDEOSync, as well as the local hosting partners, Janastu and ProtoVillage.