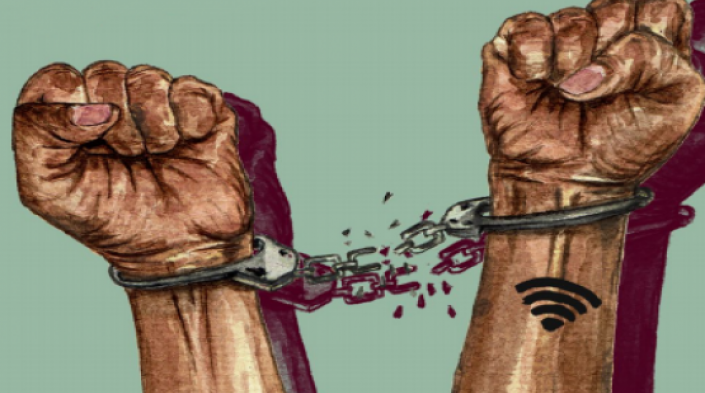 The Association for Progressive Communications (APC) presents this report on the experience and situation of women and lesbian, bisexual, gay, transgender, intersex, queer and asexual (LGBTIQA+) persons and communities in relation to the intersection of religion and online spaces, with particular examples from Asia given the pressing nature of the issues in the region.

Women and people of diverse and marginalised genders and sexualities or LGBTIQA+ individuals and organisations, on the one hand, face challenges in the exercise of their right to religion and on the other, face severe restrictions and consequences on their bodies, expression and faith imposed in the name of religion. Information and communications technologies (ICTs) have made spaces and tools available for vulnerable groups, especially women and LGBTIQA+ persons, to find ways and mediums to exercise their right to freedom of religion or belief. However, the violations suffered offline continue online, and in some cases are exacerbated. To counter these, women and LGBTIQA+ led movements have leveraged ICTs to express their collective dissent and find other like-minded individuals.

The space available for expressing opinions in relation to religion has consistently come under attack, especially online. Laws relating to obscenity, blasphemy and insulting religion are extended to online spaces, and ICT-specific laws are also used to criminalise expression of women and LGBTIQA+ persons in the name of religion. Religious, sexual and political expression of these persons is marginalised. Websites and social media pages of advocacy groups, including those providing critical sexual and reproductive health information, have been taken down or subjected to cyber attacks with the support of religious groups. The most palpable form of violation faced online is the barrage of hate speech, harassment and intimidation faced by women and LGBTIQA+ individuals for expressing their opinion on religion or discriminatory religious practices. These attacks are further heightened against opinion makers, public figures and journalists from these vulnerable groups. The result of this is a serious assault on the freedom of religion and expression of individuals, forcing them to exercise self-censorship or be subjected to emotional and physical violence.

These worrying trends are particularly pronounced in the global South, where there is entrenched patriarchy in an environment where multiple ethnicities and religious groups cohabit. Women and LGBTIQA+ individuals and groups face repression online across countries at the behest of extremist Buddhist, Christian, Hindu, Islamic and Sikh religious groups and as a result of majoritarianism. The examples presented in this submission go to show that it is critical that the report addressing gender and freedom of religion or belief addresses the experience of these groups offline and online.

In many cases, the state machineries and political figures have provided covert or overt support to groups perpetrating sexism, hate and violence in the name of religion or religious propriety. Non-state actors operate with impunity in online spaces and are emboldened by the lack of action by the state and social media platforms. Large private social media platforms have long practiced discriminatory standards against content generated by women and LGBTIQA+ individuals with a view to avoid backlash from religious groups. On the other hand, these platforms have failed to implement the community standards to ensure that the rights of these individuals are guaranteed and that they are protected against violations.

Given this context, some immediate steps are necessary. International processes must always take into account gender perspectives and the voices of women and people of diverse and marginalised genders and sexualities on matters relating to freedom of religion or belief. States must reform laws to ensure that political and religious expression of LGBTIQA+ persons is protected and refrain from providing impunity to perpetrators in online and offline spaces. Private sector technology platforms must reform their community standards and root them in international human rights standards. They must allocate more human and other resources with local expertise to take action against gender- and religion-based hate speech. Most importantly, the private sector must immediately refrain from making their platforms available or providing advertising space to fundamentalist and intolerant groups.