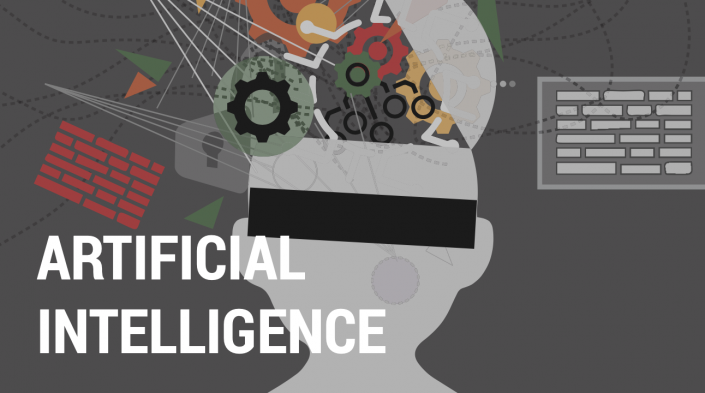 There is not one, single definition of “artificial intelligence” (AI) that is widely accepted. It refers to the theory and design of computer systems that can perform tasks requiring some degree of human “reasoning”: perception, association, prediction, planning, motor control, as well as systems that can learn from applying algorithms to large amounts of data. “Artificial intelligence” is actually a blanket term that could refer to varying levels and kinds of big data and algorithmic innovations. Under the rubric of AI we could include, for example, machine learning (ML), deep learning (DL) and neural networks (NNs).

While AI is a hot topic nowadays, it is not a new area. AI is a field of theory and practice that has been around for six decades. The activities involved range from machines applying logic and statistical analysis to historical data, to machines applying algorithms to large datasets and learning from them.

These technologies, however, are still in their infancy. For that reason, at the same time, there is still enormous potential to channel AI to address global challenges, while its impacts are still broadly unknown. Today there is much anxiety and concern regarding the effects of AI on social justice and on the enjoyment of human rights.

Despite such concerns, AI is everywhere – from using a virtual personal assistant to organise our working day, to travelling in a self-driving vehicle, to our phones suggesting songs or restaurants that we might like. AI is also increasingly present in the provision of public services and the design and implementation of public policies.

As mentioned above, there remains much promise for AI to address global challenges and promote innovation and growth. At the same time, however, there are questions about the trustworthiness of AI systems, including the dangers of codifying and reinforcing existing biases, such as those related to gender and race, or of infringing on human rights and values, such as privacy. Concerns are growing about AI systems exacerbating inequality, climate change, market concentration and the digital divide. The COVID-19 pandemic made evident the scale of AI influence in different spheres of our lives and how broad-ranging its impacts can be. Below, we discuss but a few.

As with so many uses of digital technology, most of the negative impacts of AI, in particular its use to violate rights, disproportionately affect those already in a situation of vulnerability.

Cybersecurity is an important recurrent theme in AI policy initiatives. Trustworthy systems are required to unleash the potential of AI for good.

We want to see a world in which AI is compliant with data and privacy protection. We want the potential impacts of AI on other human rights to be recognised and addressed before the development and deployment of new technologies, infrastructure and products.

We believe that AI systems and algorithms must be transparent and offer people the ability to exercise their right to an explanation when they are affected by automated decision making. The notion of algorithmic/system transparency is in line with APC’s belief in open source software: the more systems are open, the more explanation they will be able to provide, and the more opportunity we will have to create better systems.

The OECD has proposed interesting principles that should guide states in addressing AI-related ethical and human rights concerns:

As is the case with all emerging technology, the AI context is constantly evolving. There are many areas that still need further research and analysis.

APC does not focus on AI exclusively, but rather on the implications of AI systems on human rights, social justice and sustainable development.

APC contributes to policy discussions on AI by producing research on the positive and negative impacts of AI systems on privacy, security, freedom of expression and association, access to information, access to work, among other issues, with a specific focus on the global South.

Some of APC’s proposals in relation to this agenda include:

How I’m fighting bias in algorithms

Artificial Intelligence, Human Rights, Democracy and the Rule of Law: A Primer

The Toronto Declaration: Protecting the rights to equality and non-discrimination in machine learning systems

Possible impacts, opportunities and challenges of new and emerging digital technologies with regard to the promotion and protection of human rights (Report of the Human Rights Council Advisory Committee)

Towards Regulation of AI Systems: Global perspectives on the development of a legal framework on artificial intelligence systems based on the Council of Europe’s standards on human rights, democracy and the rule of law