APC condemns the affront to democracy in Brazil

Home / Publications / APC condemns the affront to democracy in Brazil 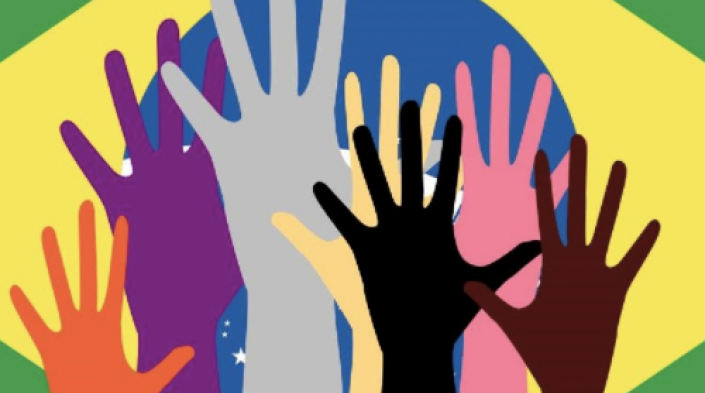 The Association for Progressive Communications (APC) firmly condemns the decision of the Brazilian Senate to dismiss President Dilma Rousseff. This decision deeply undermines the democratic system in Brazil, as well as the political stability and the development of progressive and inclusive policies for the country. It also has negative effects for peace and integration in the Latin America region. APC sees the ousting of President Rousseff as a parliamentary coup in which not only the judicial power is implicated, but around which mainstream private media played a critical role, bypassing the public interest, destabilising democratic processes and manipulating public opinion to privilege specific political and economic interests.

We are deeply concerned about the implications that the current situation will have for the possibility to reinforce the use of the internet as a platform for public deliberation and debate, accountability, and dissent, and for the realisation of human rights. Earlier in 2016, we watched with concern the attempts by Brazilian legislators to undermine the rights guaranteed by the Civil Rights Framework for the Internet (Marco Civil da Internet), such as free expression online, net neutrality, user privacy and access to information, among others; and the serious legislative setbacks being proposed by the parliamentary Inquiry Commission on Cybercrimes which would criminalise the practices of ordinary internet users under the pretext of preventing cybercrimes.

We are also concerned about the threat to the multistakeholder nature of the Brazilian Internet Steering Committee (CGI.br) and the substantive activities it has been developing which are vital for the internet and its development in the country.

Brazil has been a paradigm for pioneering progressive internet policy development and its Civil Rights Framework for the Internet has been and still is an inspiration around the world in the struggle for a free internet for social justice, human development and democracy. APC stands with the civil society organisations and activists in Brazil who are defending the social and political achievements aimed at guaranteeing a free online and media environment, and we express our solidarity and support for them, particularly to our member and partner organisations Nupef, the Brazilian Internet Steering Committee, Coding Rights, IDEC, Intervoces, Artigo 19, and many other civil society organisations we work with in the defence of human rights online and offline.

We reaffirm the importance of strengthening popular and community media as well as public communication mechanisms to provide alternative views of the situation in the country. The internet could play a key role in giving them greater visibility, to counteract the discourse of mainstream private media and respond to the manipulation of public opinion with other interpretations of reality. The plurality of media offered by community initiatives and the internet are critical to reinforce democratic values in society.

APC underscores its commitment to social justice and will keep working for a diverse and open online environment which serves the public interest, the enjoyment of human rights, peace, regional integration and the reinforcement of democratic institutionality.

APC is a member-driven organisation with over 70 members from 36 countries across the world, mostly from developing countries. Our mission is to empower and support organisations, social movements and individuals in and through the use of information and communication technologies (ICTs) to build strategic communities and initiatives for the purpose of making meaningful contributions to equitable human development, social justice, participatory political processes and environmental sustainability.