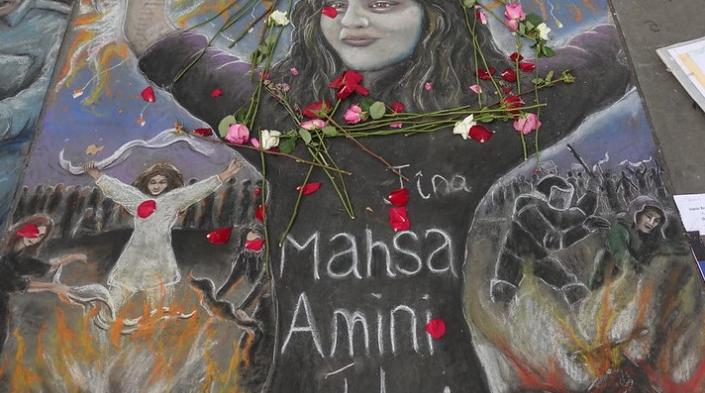 The Association for Progressive Communications (APC) is outraged by the death in custody of 22-year-old Mahsa Amini in Iran as well as deeply alarmed by the ensuing violent crackdown on protests, violations of women’s rights, and widespread internet shutdowns across the country.

Amini was detained by the country’s “morality police” for not following the prevailing hijab rules, and died in hospital after several days in a coma. There have been nationwide fury and protests following her death, and the authorities have responded by attacking protesters and stifling people’s rights to access to information and freedom of expression and of assembly, among other human rights, through intermittent internet shutdowns and blocking of apps like Instagram, WhatsApp, Skype and LinkedIn as well as Apple and Google’s app stores. Earlier in September 2022, the current regime also shared plans to install facial recognition-enabled surveillance cameras on public transport in attempts to police strict dress codes for women.

The oppression and surveillance of Iranian women is deep rooted and legitimised by patriarchal laws that demand girls as young as nine to adhere to the hijab mandate in the country. These laws are not only archaic, but also point towards the strong attempts to stifle women’s bodily autonomy and self-expression, not just offline but also online. For example, a new presidential decree signed in August expands the scope of the “morality and chastity law” of the country to apply on the internet as well, according to which women’s clothing will also be monitored on their social media accounts. The new change would lead to penalising “violators” of the law, and women government officials violating the law would be fired from their jobs. Since the passing of this regulation, many women have been barred from entering public spaces.

Tech-based control of women’s expression and existence, and resulting violence, is nothing new, and the laws legalising surveillance of their bodies and speech are not only intended to intimidate them and those around them, but also violate fundamental rights to privacy, freedom of expression, and freedom of assembly and association. Women in Iran have been fighting this decades-old control on their personhood and choices, and rejecting patriarchal control over their clothing, choices and lives through their protests.

Owing to the spread of videos from the protests where women can be seen dancing, singing, removing their hijabs and just walking on the streets – all acts barred for women in Iran – the government has responded by inflicting violence on protesters and by blocking access to the internet and social media apps to control the flow of information in an already controlled online regime. Iran maintains two separate online networks – one is the global internet that is heavily censored and often shut down, alongside a local intranet that the government tries to pass off as its own internet. ISPs and mobile service providers also offer the latter as “internet” packages. And like China, the authorities in Iran have tried to also block global services like YouTube and Telegram and instead create their own domestic versions.

A group of UN experts have condemned Amini’s death and called for ending violence against women, protesters and human rights defenders. In addition, this is the third large-scale internet shutdown in the last 12 months in Iran, and the experts also said, “Disruptions to the internet are usually part of a larger effort to stifle the free expression and association of the Iranian population, and to curtail ongoing protests. State mandated internet disruptions cannot be justified under any circumstances.” The UN General Assembly had also urged Iran in 2021 to end violations of the rights to freedom of expression, opinion, peaceful assembly and association, “including through practices such as disrupting communications through Internet shutdowns, or measures to unlawfully or arbitrarily block or take down media websites and social networks, and other widespread restrictions on Internet access or dissemination of information online.”

APC’s research as well as its network members’ research have documented the gendered differentiated impacts of internet shutdowns and how they affect women’s experiences with regards to personal safety, professional/economic impact, emotional well-being and education, among others. APC’s work also highlights how digital technologies are powerful tools for social and political change and how central they are to protect and empower people and groups in positions of marginalisation and discrimination to exercise their right to freedom of assembly. Online spaces allow people to associate, gather and demonstrate, where doing so physically is no longer possible. Additionally, mobilisation online is also central today for supporting and strengthening in-person mobilisations.

The possibility of assembly and association online and through digital technologies is also essential for the exercise of women's rights to equality and to live free from discrimination and violence.

APC stands with the women in Iran as they fight to demand their right to life, right to bodily autonomy, right to freedom of assembly and association, and open internet access. We call for: