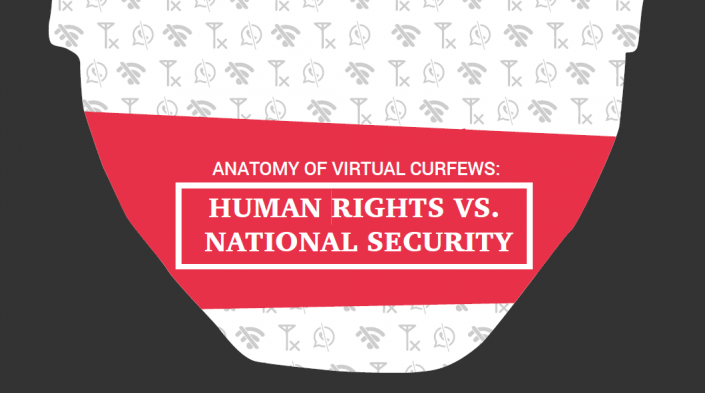 The balance between state powers and rights of citizens is a symbol of democracy. With the advent of the internet, exercising free speech, expression, association and assembly have become much easier. It has not only made communication technology affordable but has also given a platform for self-expression, which was otherwise not available through traditional media.

However, most countries build contingencies into their national law that allow for governments to take control of communication networks, and block or intercept them under the guise of national emergency or to protect national security. Yet situations in which a government can exercise this power are often not indicated clearly.

Over the past few years, "virtual curfews" or "network shutdowns" have increased in South Asian countries like India, Pakistan, Bangladesh and Maldives. For example, India saw 23 such shutdowns in 2016 alone. The Bangladesh government shut down the internet for about 90 minutes in November 2015 while Pakistan suspended mobile phone services in more than 80 cities for 16 hours as a security measure.

This paper by Digital Empowerment Foundation (DEF) focuses on highlighting the existing and emerging threats to infringement of fundamental and human rights on account of arbitrary, unnecessary and disproportionate usage of internet and network shutdowns in India by the state.