After the Storm: How to restore policy dialogue and supportive discourse against gender-based violence online in Bulgaria

Home / Publications / After the Storm: How to restore policy dialogue and supportive discourse against gender-based violence online in Bulgaria 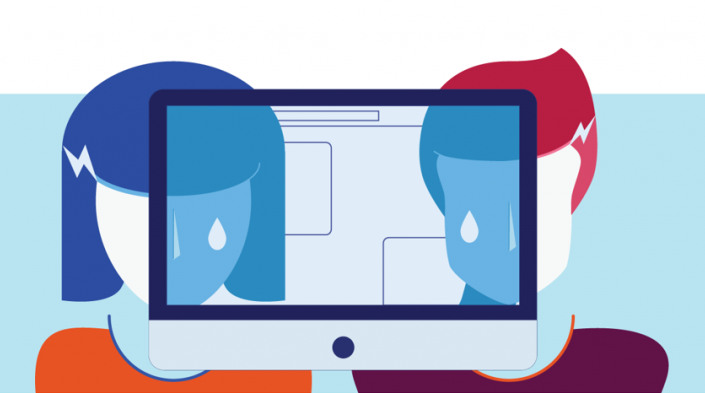 In 2018, there was a heated campaign across Bulgaria’s public sphere against the ratification of the Council of Europe Convention for Prevention and Combating of Violence against Women and Domestic Violence (known as the Istanbul Convention). The campaign involved parliamentary political parties such as the nationalist United Patriots from the ruling coalition and opposition Bulgarian Socialist Party. Policy advisors, non-governmental organizations, religious and ultra-conservative groups, as well as media outlets further fuelled the agitation against the Convention. This resulted in a dominant public opinion against the adoption of the document. Public debates were furious and based on widespread disinformation on the meaning of the word “gender”, a term that does not have an established equivalent in Bulgarian language. In the core of the agitation was a potent negative discourse towards gender and sexual minorities’ rights. Misogynist, homophobic and transphobic messages turned mainstream. Finally, the Bulgarian Constitutional Court ruled that the concepts “gender” and “gender identity” are irrelevant for the Bulgarian legal system and that the Convention is not compatible with the Constitution.

The internet played a key role in the stormy anti-gender backlash. Gender-phobic hate speech was largely generated on social media, mostly on Facebook, as well as on some popular news sites. This has had a double negative effect. First, it crucially amplified negative public attitudes against gender rights. And second, the proliferation of hateful rhetoric produced gender-based violence online in itself.

As a whole, these developments in Bulgaria have largely confirmed the mechanisms in which present-day anti-gender campaigns are unfolding in Europe and other parts of the world. Reactionary groups including conservative politicians, religious fundamentalists, and organizations in support of patriarchal values rally against what they call “gender ideology” in order to “protect traditional roles of men and women”. Organized attacks, usually of transnational character, undermine gender equality, women’s rights and rights of LGBTIQ people. In the course of instigating moral panic based on fears about the future of children and “traditional families” (or “natural families”) the anti-gender movements persistently disseminate their messages through both legacy media and online channels. In this process, the internet and social media in particular prove especially prolific in spreading quasi-scientific information, manipulated data and scandalous stories in order to shape attitudes and mobilize people.

Taking these developments as the starting point, our research project focusses on the effects of the anti-gender campaign in Bulgaria in terms of gender-based violence. What we observe is that, since 2018, advocacy and policy-making against GBV have been seriously hampered. What is the role of the internet in this process? The research is designed to answer the questions of whether internet technologies (including social networks and online media) facilitate or prevent GBV in Bulgaria and how dominant anti-gender rights attitudes could be reversed with the help of internet communication. Our ultimate goal is to cultivate a perspective that could possibly restore policy dialogue and build up supportive discourse against GBV in the country.

The report was part of the project “After the Storm: How to restore policy dialogue and supportive discourse against gender-based violence online in Bulgaria”, supported by the Feminist Internet Research Network (FIRN) of the Association for Progressive Communications (APC). The aim of the project is to support state institutions and civil society organisations involved in overcoming gender-based violence on the internet, in identifying the right communication tone and methods to improve its effectiveness. The study was conducted by BlueLink in cooperation with the Media Democracy Foundation, Gender Alternatives Foundation and independent researchers.

To read the full report by BlueLink, use the Download link at the top of the page, or please click here.