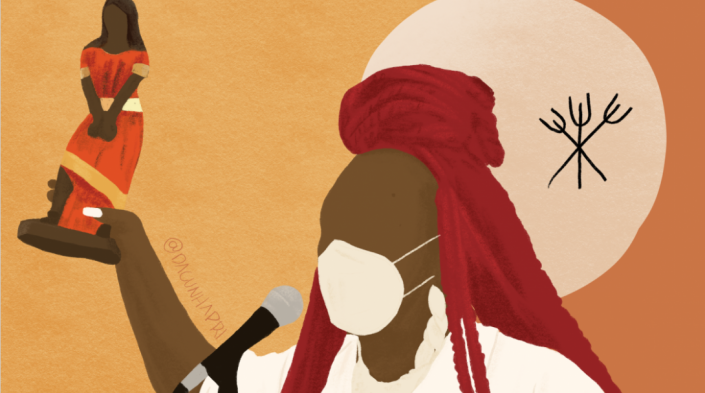 Brazilian women have always had a prominent role in global feminist mobilisations. Over the past decade, street mobilisations such as the Marcha das Vadias (Slut Walk) and hashtags such as “Chega de fiu fiu” (No more catcalling) and “Meu primeiro assédio” (My first harassment) generated intense engagement and increased the visibility of gender-based violence in its variety of forms. That engagement and visibility came to include, in 2018, the “Ele Não” (Not Him) movement against presidential candidate Jair Bolsonaro, in the aftermath of the political assassination of Rio de Janeiro Councilwoman Marielle Franco, attributed to local militias with ostensive ties to the Bolsonaro family.

As we noted in an earlier report, the execution of Marielle, a Black, feminist, bisexual woman raised in a favela and a movement leader, and of her driver Anderson Gomes on 14 March 2018, marked a turning point in public understandings of political violence. That crime also revealed, as we noted:

"[T]he role of gender, sexuality, race and class in the targeting of a victim. In [its] aftermath, while street protests, in mourning, demanded a thorough investigation, offensive memes and factoids circulated on social media disputing police and press reports and attacking [Marielle’s] reputation. The slogan Ele Não (“Not Him”) condensed Bolsonaro’s deadly misogyny, authoritarianism and disrespect for institutions. [At that time] on Twitter, #EleNão and #EleNunca (Not Him, Not Ever), promoted by the Women United Against Bolsonaro movement gained traction."

It is our hypothesis that the brutality of Marielle’s assassination operated as a critical event in the transformation of feminist debates on online gender-based violence in Brazil. It brought to the centre of the national political stage a dimension already raised by feminist voices in debates on memory and justice in relation to victims of state violence: the gendered character of political violence. “That image of extermination inhabits us all,” one member of a transfeminist dyke editorial collective said in a 2020 online Latin American Center on Sexuality and Human Rights/Feminist Internet Research Network (CLAM/FIRN) seminar, recorded on YouTube, ecalling Marielle’s political assassination as a turning point in Brazilian feminist mobilisations.

All acts of gender, sexuality or race-based violence are essentially political, as they publicly express a will to power. Their intention is to punish subjects for not conforming to their subordinate role, “to show them their place,” or to eliminate identities, behaviours and expressions considered unnatural. However, broader and more restricted definitions of hate speech on the one hand, and of political violence on the other, reveal conceptual distinctions and articulations between, and the overlap with, misogyny, homophobia, transphobia and racism.

The mobilisations in response to Marielle Franco’s assassination help explain the development of a frame by feminists in Brazil and elsewhere that interprets political violence in the light of the articulation of gender, race and sexuality and gender expression. Acts of public violence committed against Black women and queer and Indigenous people who occupy positions in the institutional political field are understood not only as motivated by partisan ideology, but predominantly marked those intersectionalities. That intersectional understanding also frames the interpretation of, and responses to, state-sponsored violence against the largely racialised population of Indigenous, Black, quilombola, landless peasant, working class, homeless and favela-dwellers. We argue that those understandings and responses have been shaped by decades of feminist struggle against gender-based violence. Significant for those struggles have been the categories used for the naming different forms of online violence.

In view of their becoming a political issue tout court, we set to explore the changing meanings of those acts as they also came to be framed as an intersectional feminist issue. For that purpose, in this article, we consider public responses to online hate speech, as well as other forms of online gender and sexuality-based violence in Brazilian social media since the year of Bolsonaro’s election as president. We first discuss how issues of gender and sexuality-based online violence and of hate speech have been addressed in internet regulation debates in Brazil.

Then, to map the public meanings of this issue, we take a two-pronged approach: from our empirical exploration, we explored narratives addressing episodes of violence against women and LGBT+ people mobilised among what we may call contemporary Brazilian feminist and queer online counterpublics in social media. Finally, based on our literature review, we bring the categories created to address online violence in research reports, toolkits and other publications by feminist and LGBTIQ+ civil society organisations. In our analysis, we elicit how, from the point of view of feminist and queer social and political actors with different forms of public engagement, race, gender, sexual orientation and other markers of oppression shape digital dynamics and vice-versa.

This project was conducted by the Latin American Center on Sexuality and Human Rights (CLAM) with funding from APC through the Feminist Internet Research Network (FIRN), supported by the International Development Research Centre (IDRC).