Action Steps: A decade of civil society advocacy in the information society - A baseline review of the Global Information Society Watch country reports (2007-2017) 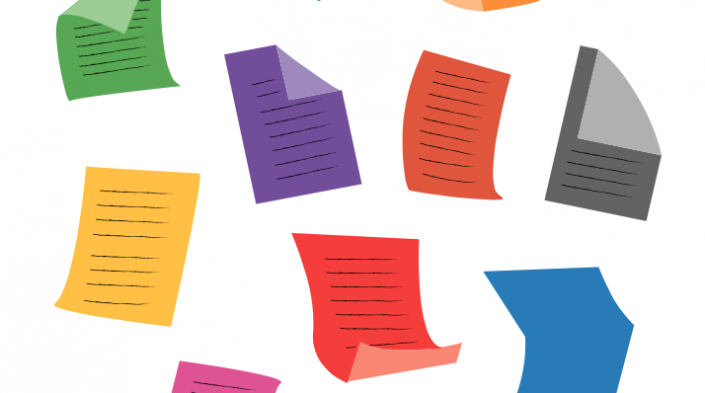 The purpose of this review was to look back over the past decade of country reports published in Global Information Society Watch (GISWatch) and attempt to identify trends in civil society perspectives on what needed to be done to create a people-centred information society. The period for analysis was, more accurately, just over a decade: 2007-2017, during which a GISWatch report was produced each year – a total of 11 reports. Over this period, 510 country reports covering 97 countries were published, a substantial record of civil society activism on information and communications technology (ICT) and internet rights. Over 1,900 advocacy recommendations – what were called “action steps” – were proposed by authors.

The first edition of GISWatch was published by the Association for Progressive Communications (APC) and Third World Institute (ITeM) in 2007 on the theme of “Participation” – two years after the World Summit on the Information Society (WSIS) in Tunis, and just after the first Internet Governance Forum (IGF) in Athens in late 2006. With the WSIS action agenda then firmly in mind, it was conceived as a “space for collaborative monitoring of implementation of international (and national) commitments made by governments towards the creation of an inclusive information society.” The first edition reflected this priority – it offered a “WSIS review” in three reports by David Souter and Willie Currie, institutional overviews of the International Telecommunication Union (ITU), the Internet Corporation for Assigned Names and Numbers (ICANN), the United Nations Educational, Scientific and Cultural Organization (UNESCO), the UN Development Programme (UNDP), and the World Intellectual Property Organization (WIPO), as well as a section on “indicators for advocacy” by Amy Mahan, which framed the 22 country reports that followed.

Over the years, GISWatch often responded to rapidly emerging advocacy needs – for example, the edition on ICTs and the environment in 2010 sought to help build knowledge and capacity among internet rights activists on the burgeoning challenge of e-waste, while also considering the pressing problem of climate change, mitigation and adaptation. In 2014, the theme of surveillance followed Edward Snowden’s revelations of global surveillance networks and growing suspicions at the country level that many governments were engaged in unsupervised or even illegal surveillance activities. In other years, themes coincided with global events, or responded to the need to capture and understand emerging experiences. In 2011, an edition on democratisation, freedom of expression and association followed the so-called Arab Spring, while, most recently, the focus on national IGFs – or National and Regional Internet Governance Forum Initiatives (NRIs) – captured country-level experiences of creating collaborative internet governance spaces for deliberation just over a decade after the first IGF in Athens.

Some noticeable shifts in the information society occur over the period of this review. Firstly, the pace of change in infrastructure roll-out and the increase in the number of internet users are at times staggering. The “information society” – a term which begins to feel somewhat anachronistic – written about in 2007 is not the same one internet rights activists confront in 2017. As the reports show, in 2007 terms such as “universal access” and “universal service” still had widespread currency, and teledensity was still a useful indicator for assessing connectedness. Some countries needed to be convinced that ICT policy was necessary, and that, at the very least, ICTs should be made an integral part of development strategies.

In 2007, 20.4% of the world’s population was online – a percentage that rises to 45.7% in 2016, with a world population growth of nearly a billion people. Countries are dramatically affected by these changes: in 2007, there is 0.37% internet penetration in Ethiopia, a figure which effectively skyrockets to 15.3% over 10 years. In middle-income countries like Argentina, a 25.9% internet penetration nearly trebles in reaching 70.9% in 2016. In highly developed countries such as Japan, a 74.3% penetration in 2007 grows to 93.1% by 2016. While some countries like the Republic of Congo still face fundamental problems such as building roads and stable electricity grids, by 2017 many internet rights activists are turning to face new advocacy terrain, one shaped by algorithms, biotechnology and artificial intelligence.

A second shift is the popularisation of social media platforms such as Facebook, Twitter and YouTube, which over time civil society comes to see both as useful advocacy tools and areas that need advocacy intervention, for example, to address violence against women (VAW) online. In April 2007, Facebook had 20 million active users – a figure which exploded to two billion monthly users in 2017. Yet it is almost difficult to believe that while blogs had been used in advocacy for some time already, and social media played such a prominent part in the Arab Spring, in 2007 the words “social media” or “social networks” are not used in the GISWatch edition on the theme of participation at all.

Thirdly, the spectre of global surveillance – and what activists call corporate surveillance, the result of an insatiable thirst for “big” market data – has had multiple impacts on the internet as we knew it. The revelations by Snowden of global surveillance programmes involving the key industrialised nations came in June 2013, exposing the use of the internet and other technologies to surveil citizens, often illegally and in collaboration with telecommunications companies. The ability to conduct mass surveillance programmes tracks the penetration of mobile telephony and the rise of social media as an everyday tool – and casts a chilling shadow over the belief in the internet as a free space for open and democratic exchange.

All three of these shifts have influenced the trends observed in the reports analysed for this review – and in this respect GISWatch stands as a grassroots record of these changes and their impact on the information society at the local level. This is not an analysis of the content of specific “action steps”. As discussed in the methodology section below, the sheer volume and diversity of the specific changes called for makes direct comparison difficult, and requires a different kind of study. Rather, this review tries to answer the question: What are the broad levers for change? In doing this it offers a reflection on the kinds of mobilisation tools, mechanisms and methodologies preferred by civil society in specific contexts to bring about or catalyse change. Content is used to illustrate the grouping of these tools and mechanisms. While not all of these are actions that civil society can take – some reports say what governments or business should do – most of them are. The action steps discussed here can, in this regard, be taken as an indicator of civil society capabilities, suggesting civil society’s impression of its own strengths and abilities.

This report is also an index – it serves as a way to access the 510 country reports published over the past decade in a more fruitful way. While each GISWatch has an umbrella theme – such as “Access to infrastructure” or “Women’s rights, gender and ICTs” – country report authors were encouraged to write on topics that they felt were important within that theme. For example, the umbrella topic “Economic, social and cultural rights and the internet” might produce reports highlighting quite different topics such as “education”, “health”, “language”, “voice”, “workers’ rights” and even “memory”. As a result, while many authors address cross-cutting themes in different years, there is no way for a researcher, journalist, strategist, activist, donor or student to know this without combing each report. It is hoped that this publication is a practical and useful entry point to the richness of the GISWatch archive.

The diversity of the country contexts written about over the 10 years is remarkable – countries as different as the Republic of Congo, Iceland, Cook Islands, Brazil, Japan and Kyrgyzstan have been “reported on”. Over the years, consistent contributions have come from authors writing in countries such as Argentina, Colombia, India, Kenya, Peru, and, except for 2007, the Republic of Korea – an invaluable record of country-level internet rights advocacy over the period. Among the authors are civil society organisations, “hacktivists” and software developers, journalists, researchers and academics – all of these can be considered internet rights activists. For some contributors it was the first opportunity they had had to develop an overview of the ICT environment in their country and to articulate ways in which civil society could engage this environment.

Most regions have been represented in one way or another: North and Central America, Latin America and the Caribbean, the Balkan states, Eastern Europe, Western Europe, Russia and China, Southeast Asia, Oceania, the Middle East and North Africa, Southern and Eastern Africa, and French-speaking Africa. While most of the countries are so-called “developing countries” – the aim of GISWatch is to be a voice of the global South – country reports have also been written about Switzerland, the Netherlands, France, Iceland, Australia, Japan, the United Kingdom, Canada and the United States, among other industrialised nations.

Although what gets “watched” or monitored has shifted over time, what has not changed is the original spirit of the publication: of it serving as a tool for global accountability on progress in creating an open, democratic and inclusive information society. In 2007, TIC.pe in Peru posed several questions for civil society actors, and asked: “How can we move from reflection to direct action?”

This review is a starting point for action – and we hope that activists can use it as a tool for build- ing future strategies. It can be read in conjunction with a similar review on the issue of internet rights and democratisation conducted in 2011 by APC. While it can shed light on gaps in advocacy approaches when addressing new advocacy frontiers, it also suggests that there are advocacy needs from the past that may require renewed attention.

This work was carried out with the aid of a grant from the International Development Research Centre, Ottawa, Canada. The views expressed herein do not necessarily represent those of IDRC or its Board of Governors.