Recognising the threat of internet shutdowns: Cameroon at the CESCR

Home / News / Recognising the threat of internet shutdowns: Cameroon at the CESCR 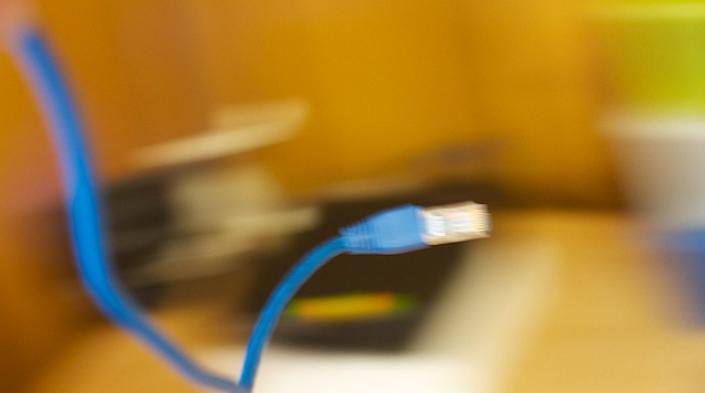 “The internet was being used to promote racial hatred […] so we were forced to temporarily shut down internet services until we were able to take control of the situation,” stated Minister of External Affairs of Cameroon Lejeune Mbella Mbella to the United Nations Committee on Economic, Social and Cultural Rights (CESCR) during the country’s review at the Committee on 20 and 21 February.

The CESCR oversees the implementation of the International Covenant on Economic, Social and Cultural Rights (ICESCR). The 65th session of the Committee, which took place in February and March, examined the fourth periodic report of Cameroon’s compliance with the ICESCR. The review covered issues of education, health, housing and security, as well as the social crisis threatening some regions of the country with its related challenges to internet access. Among the recommendations made to Cameroon, the Committee urged the government to improve affordable access to the internet and to ensure that any measures seeking to limit internet access comply with international human rights law.

Intentional disruptions of internet access (commonly known as internet shutdowns) in Cameroon have threatened the economic, social, cultural and linguistic rights of Cameroonians. On 17 January 2017, the Cameroonian government ordered the suspension of internet services in the northwest and southwest regions, which lasted for 93 days. After a brief resumption, the government shut down social media platforms like Twitter, Facebook and WhatsApp in September 2017 until April 2018. These two regions went without an internet connection and access to social media platforms for more than 270 days in 2017 and 2018.

Prior to the review, Access Now, Association for Progressive Communications (APC) and Internet Sans Frontières submitted a parallel coalition report to the Committee focused on meaningful access to the internet in Cameroon – particularly for disadvantaged and marginalised persons and groups, including those living in rural and remote areas – and the extent to which the government of Cameroon is ensuring that people are able to benefit from the potential of the internet as an enabler of ESCRs.

In response to the issues outlined in the Parallel Coalition report, Committee Expert Laura-Maria Craciunian-Tatu noted that only 25% of Cameroonians have access to the internet and that infrastructure for the internet is still underdeveloped. She highlighted the instances of internet shutdowns that have occurred in the predominantly English-speaking parts of the country, including in the technology hub of Buea, also known as the Silicon Mountain. Expert Craciunian-Tatu asked several questions pertaining to the issue, including why those disruptions occurred, about the case before the Cameroon Constitutional Council on this issue, and how the government planned to ensure that such restrictions no longer occurred.

Minister of External Affairs Mbella Mbella first rebutted the allegation that internet services were often interrupted. He acknowledged that the internet shutdowns had occurred in 2017 and claimed that “the internet shutdown did occur in certain regions of the country because it had been taken over by the secessionists to incite the expulsion of French speakers.” The minister continued that in response to the incitement of racial hatred on the internet, the government was “forced to temporarily shut down internet services until we were able to take control of the situation.” He concluded with the claim that since 2017, the internet has never been disrupted. This runs contrary to reports from grassroots organisations and media outlets.

The “concluding observations” of the Committee incorporated recommendations from the Parallel Coalition report, highlighting with concern the lack of access and specifically the restrictions to internet in Cameroon:

64. The Committee notes with concern the low levels of access to the internet in the state party, in particular in rural regions. It is equally seriously concerned by the restrictions of access to internet that have taken place in the Northwest and Southwest regions, resulting in limitations to the practice of economic, social and cultural rights, including the right to benefit from scientific progress and its applications (Article 15).

65. The Committee recommends that the state party take all necessary measures to improve access to the internet, in particular in rural regions, including the development of necessary infrastructure, and to make the costs of internet services affordable for everyone. It urges the state party to ensure that any measures seeking to limit access to the internet be subject to thorough examination in order to guarantee that they are necessary and proportionate to the circumstances, temporary and non-discriminatory, and to ensure that any limitations to the internet are compatible with Article 4 of the Pact and provided for in the law.

While access to the internet itself is not a human right enshrined in the ICESCR, meaningful access to the internet can act as an important enabler for the equal enjoyment of a range of economic, social and cultural rights, including the rights to work, health, education and participation in cultural life. The internet helps people find work, allows online learning resources to be shared easily, facilitates access to information on health and medical advice, and is a powerful enabler of cultural participation. As the internet is a critical tool in the realisation of people’s ESCRs, intentional disruptions to internet access by states can be considered a violation of the ICESCR. PROTEGE QV, an APC member organisation based in Cameroon, has signed the Yaoundé Declaration, with calls for action by both the Cameroonian government and civil society to preserve the freedom, peace and stability of the internet. The Yaoundé Declaration affirms the African Declaration on Internet Rights and Freedoms, a key tool to promote internet rights in the region.

From its appearance at the Committee, it is evident that Cameroon is unable or unwilling to fully address questions regarding the pertinent issues of internet shutdowns and challenges faced by linguistic and ethnic minorities in the country. However, in concluding remarks, Minister Mbella Mbella promisingly affirmed that Cameroon would continue to cooperate with the international community and strive to improve the situation with respect to economic, social and cultural rights. To fulfil its commitment to these rights under the ICESCR, the government of Cameroon must recognise the essential role of access to the internet as an enabler of rights for all Cameroonians.