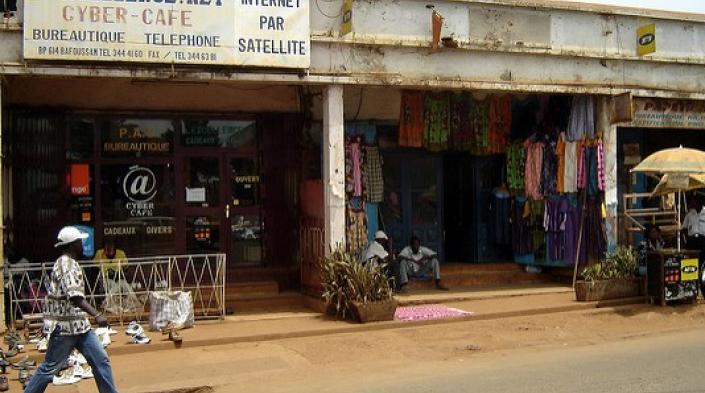 Intentional disruptions of internet access – commonly known as internet shutdowns – restrict a range of human rights, including economic, social and cultural rights (ESCRs). Ahead of Cameroon’s review at the 65th session of the UN Committee on Economic, Social and Cultural Rights (CESCR) (18 February-8 March 2019), where the government’s compliance with the International Covenant on Economic, Social and Cultural Rights (ICESCR) will be examined, APC, together with Access Now and Internet Sans Frontières, submitted a joint shadow report encouraging the Committee to consider the relationship between meaningful access to the internet and ESCRs, and in particular to consider internet shutdowns as a violation of Cameroon’s treaty obligations.

On 17 January 2017, the Cameroonian government ordered the suspension of internet services in the northwest and southwest regions which lasted for 93 days. After a brief resumption, the government shut down social media platforms like Twitter, Facebook and WhatsApp on 30 September 2017. Announcing the lifting of the ban, the government said it reserved the right to "take measures to stop the internet once again becoming a tool to stoke hatred and division among Cameroonians." The second round of suspensions only ended in April 2018. These two regions went without an internet connection and access to social media platforms for more than 270 days in 2017 and 2018.

While access to the internet is not in itself a human right, it has become a precondition for the exercise of a wide range of human rights. For those who have access, the internet can act as a significant enabler of ESCRs. While most closely associated with freedom of expression and access to information, the internet can impact positively on most articles in the ICESCR, such as the right to education (Article 13), to take part in cultural life and to enjoy the benefits of scientific progress and its applications (Article 15), to work (Article 6), to health (Article 12) and to food (Article 11), among others. The internet helps people find work and work remotely, and it helps unions to organise; it enables small farmers to access competitive market information; it is a powerful enabler of cultural participation, innovation and artistic expression; it allows online learning resources to be shared easily, and facilitates access to information on health and medical advice. Therefore, increasing access to the internet is an important consideration for states in fulfilling their obligations under the ICESCR. Intentional disruptions of internet access by states, in this context, can be considered a violation of the ICESCR.

Throughout the world and especially the African continent, where many APC members and partners are based, there has been a growth in internet shutdowns that have hindered public access to information and communications. The UN Human Rights Council has repeatedly condemned the intentional disruption of access to the internet and of the dissemination of information online. [1]

The concept of progressive realization constitutes a recognition of the fact that full realization of all economic, social and cultural rights will generally not be able to be achieved in a short period of time. In this sense, the obligation differs significantly from that contained in article 2 of the International Covenant on Civil and Political Rights which embodies an immediate obligation to respect and ensure all of the relevant rights. Nevertheless, the fact that realization over time, or in other words progressively, is foreseen under the Covenant should not be misinterpreted as depriving the obligation of all meaningful content. It is, on the one hand, a necessary flexibility device, reflecting the realities of the real world and the difficulties involved for any country in ensuring full realization of economic, social and cultural rights. On the other hand, the phrase must be read in the light of the overall objective, indeed the raison d’être, of the Covenant which is to establish clear obligations for States parties in respect of the full realization of the rights in question. It thus imposes an obligation to move as expeditiously and effectively as possible towards that goal. Moreover, any deliberately retrogressive measures in that regard would require the most careful consideration and would need to be fully justified by reference to the totality of the rights provided for in the Covenant and in the context of the full use of the maximum available resources.

Given the powerful role that access to the internet can play as an enabler of ESCRs, intentionally disrupting internet access to an entire region of the country constitutes a deliberate, retrogressive measure, which Cameroon has not justified by reference to the totality of rights provided for in the Covenant, and therefore a violation of Cameroon’s obligation as state party to the ICESCR. Furthermore, these internet shutdowns target linguistic minorities in a regional country, a violation of non-discrimination and linguistic pluralism (Article 2 of the ICESCR).

The joint shadow report encourages the Committee to question Cameroon on measures taken to facilitate the use of the internet by cultural minorities and disadvantaged and marginalised groups, and to urge the government to facilitate meaningful access to the internet and refrain from intentionally disrupting internet access to enable all persons under its jurisdiction to take part in cultural life and enjoy the benefits of scientific progress and its applications.

APC is a member of the #KeepItOn Coalition, made up of more than 170 organisations from 60 countries working to ensure the stability and openness of the internet. The review of Cameroon at the CESCR will take place on 20-21 February, and can be followed on http://webtv.un.org.

[1] See, for example, UN Human Rights Council, The promotion, protection and enjoyment of human rights on the Internet, UN Doc. A/HRC/RES/38/7: “Condemns unequivocally measures in violation of international human rights law that prevent or disrupt an individual’s ability to seek, receive or impart information online, calls upon all States to refrain from and cease such measures, and also calls upon States to ensure that all domestic laws, policies and practices are consistent with their international human rights obligations with regard to freedom of opinion and expression online.”

Cameroon: Parallel report to the 65th session of the Committee on Economic, Social and Cultural Rights