Servelots joins the APC network: Connecting the unconnected to enable content creation by all, for all

Home / News / Servelots joins the APC network: Connecting the unconnected to enable content creation by all, for all 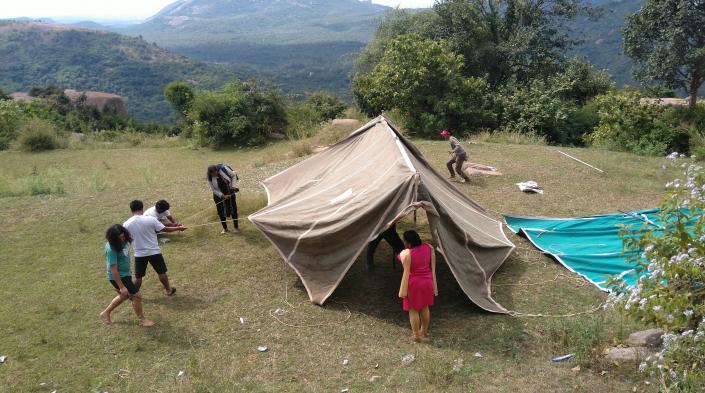 The APC network of member organisations continues to grow, with one its newest additions, India-based Servelots, officially joining this past July.

Servelots’ involvement with APC dates further back, however, as it was one of the 12 organisations selected in 2019 to form part of a peer learning community created through the project Connecting the unconnected: Supporting community networks and other community-based connectivity initiatives.

APCNews talked to Servelots to find out more about the organisation and its reasons for joining the APC member network.

APCNews: Can you tell us a bit about yourselves?

Servelots: Servelots was started in 1999 by a group of computer scientists hoping to solve the world’s problems using generative programming.

The world envisioned under the Silicon Valley hammer at the time was a world of purposeful online communities (PoCs). As Servelots wove itself with community-based initiatives, Janastu took birth in 2002 as its not-for-profit social tech collective. Janastu literally means “People, let it be” – in contrast to the PoC approach that not only assumed a connected world, but also alluded to identifying people with a purpose.

The PoC approach identifies technology as just utilitarian. We recognise that the technological prowess of today makes it possible for all – regardless of caste, class or literacy – to create, share and archive their own voices for the first time in human evolution (the internet/community networks and touch devices are examples). By witnessing this, we expressly started to indulge in foreseeing the inclusion of those who are marginalised by literacy.

We want to build the means for stories from the uncentred peoples to be told, retold, preserved, acted upon, built upon – primarily by themselves, and especially women.

What does this kind of inclusion look like in practice? There are two ends of the inclusion spectrum: at one end, to imagine the internet in a way that makes it possible for its content to be accessible for all, especially for those with low levels of literacy, and at the other end, to facilitate the creation of content by all, especially non-textual content by low-literate communities.

We have focused on these two ends of the spectrum and some in-betweens. For example, Renarration Web, based on web annotations, is a model for making content accessible for all. Community radio and community-owned mesh networks, among other initiatives, are about facilitating creation of content. We also organise events we call Anthillhacks as an effort to bring together a social mix of tech-savvy urban and low-literate rural communities. We are encouraged by our discoveries of the diversity in our traditional storytelling models.

APCNews: Why did you decide to join the APC network?

Servelots: Among our many friends are pastoral networks, free software movements, nomadic storytellers, working groups on internet standards, crafts communities, rural development visionaries, and so on. With APC, we have experienced a network whose technology and community initiatives seek equitable knowledge communities, with a special emphasis on the global South.

By joining APC, we indicate our appreciation of the activities and directions that have been and continue to be nurtured over the last few years. This support has nudged us forward in our efforts to indulge at the fringes of technologies that can be inclusive of low-literate communities.

APCNews: What do you think you can contribute as a member, and what do you expect from APC?

Servelots: We hope to not only highlight the need to see the marginalised and unseen low-literate communities, but also to work together on pushing the networking technologies at the fringes. All of this is aimed towards making these communities first class users of the internet. We expect APC to not only focus on “connecting the unconnected” to the internet, but also on more nuanced and localised ways of connecting those marginalised due to caste, class and literacy.

More information on the many activities undertaken by Servelots through Janastu is available here.