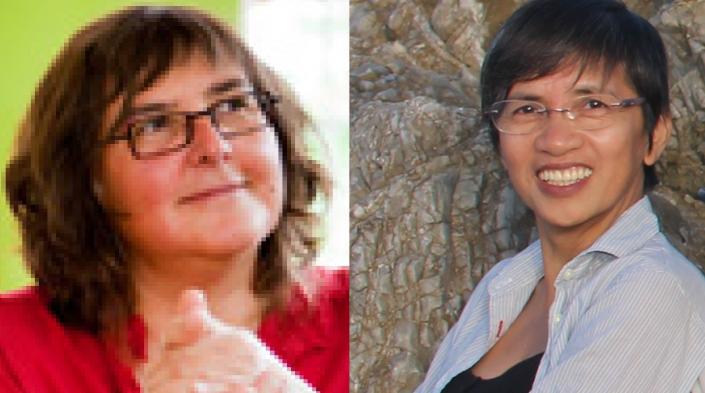 Anriette Esterhuysen has been the executive director of the Association for Progressive Communications (APC) since June 2000. After 17 years of leadership of APC as an organisation and a network that has grown to 74 members, and having made remarkable contributions to the field of ICTs for development and social justice, Esterhuysen has announced her decision to step down from her role as executive director of APC.

In line with APC’s existing succession plan, the board of directors appointed the current deputy executive director, Chat Garcia Ramilo, as the new executive director. She will begin her new duties in April 2017 and assume full responsibility in June 2017, once the transition process is finalised.

Chat Garcia Ramilo, based in the Philippines, with a personal history as an activist and leader in the struggle for democracy in her own country, joined APC in January 2000 as a gender and development expert. She served as manager of APC’s women’s programme for eight years. In this capacity she led the development, fundraising and management of nine multi-country ICT for development projects that focused on gender equality and women’s empowerment. Chat was appointed as deputy executive director in June 2013.

At the request of the board, Esterhuysen has made herself available to continue to play a role in APC’s management structure, particularly in the area of policy strategy and advocacy, which has been one of her core areas of work since she joined APC.

Julián Casasbuenas, chair of APC’s board of directors, congratulated the newly appointed executive director and expressed his thanks to Anriette for all these years of commitment and for leading APC to its current position as a globally recognised leader in the use of ICTs for social justice.

Esterhuysen joined the organisation as executive director in 2000, the same year APC was celebrating its 10th anniversary. In 2001 APC produced its first annual report. In the introduction, Esterhuysen proved to be farsighted when she said: “APC will no doubt undergo change in the next 10 years. But, we will not let go of our commitment to our fundamental belief that ICTs need to be secured as a force for social and environmental good.” This was kept as an non-negotiable promise during her term as executive director. “We take on new challenges and try to think ahead while not letting go of our roots as a network of activists driven by the belief that technology should be used to support social justice.”

In her role as executive director, Esterhuysen has been a tireless driving force in APC’s growth as a significant actor in the ICT for development, internet rights and governance arenas, one that amplifies voices from developing countries and marginalised sectors, and also echoes loud and clear the voices being raised against violations to human rights taking place all over the world.

As a person and work colleague, Anriette has always been committed to the needs of the staff, and completely devoted and caring towards APC members and partners. She is a source of inspiration for many, inside and outside of APC, through her personal history as a human rights activist fighting the Apartheid regime in South Africa, as a work colleague who has always offered a helping hand, as a teacher who altruistically shares her knowledge and experience, and a leader reminding the entire team to keep their eyes on the prize, even in times of crises and constraints.

With 26 years of history, APC is an enduring collective, loyal to its roots but also able to change. Everyone in APC values the paths opened by Anriette during her term as executive director and thanks her immensely for all these years of committed and passionate work.

APC also welcomes Chat García Ramilo in her new role and wishes her success in continuing to lead APC with the same strength and impassioned commitment that Edie Farwell, APC’s first executive director, and Anriette have, imprinting her own personal style on the way. APC’s dedication to ensuring that the internet serves to promote social justice will carry on under this new and very welcome leadership.

To learn more about how APC is governed, please go here.