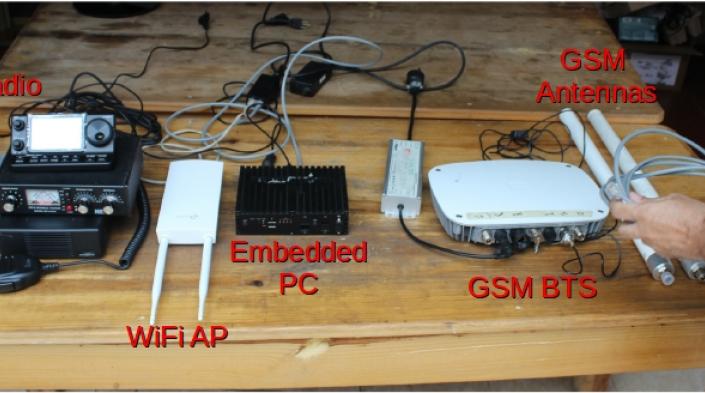 On 26 September, Mozilla and the National Science Foundation announced the grand prize winners in the Wireless Innovation for a Networked Society (NSF-WINS) Challenges, which promote the development of technological solutions for remote and unconnected areas, as well as places facing natural disasters.

HERMES bonds together an assortment of protocols to address connectivity gaps. The aim of the project is to create a framework by which offline networks can be connected. It enables local calling, SMS and basic over-the-top (OTT) messaging via equipment that can fit inside two suitcases, which allows for it to be easily transported to disaster-stricken areas.

"We're incredibly excited about this prize," Rhizomatica coordinator Peter Bloom said in an interview with APCNews. "Our plan is to use it to create better software, which will allow us to transfer more data at higher speed, and better hardware to lower the cost. Commercial off-the-shelf equipment is quite expensive, so we want to use Raspberry Pi technology and software-defined radio to make it less expensive, and software upgrades to make it a lot faster."

"Being able to transfer more data more quickly is very important to allow users to have the phone call experience that they are used to, and also offer other services that are IP-based or other internet services like messaging, email, etc. These are all being considered now for the HERMES system," Bloom added.

Rhizomatica works as a bridge between the potential users of the technology and the engineers and developers of these efforts to ensure the technology is deployed and appropriate for use in the developing world. Their mission is to increase access to mobile telecommunications to the over two billion people without affordable coverage and the 700 million with none at all. They are members of the APC Network. Rhizomatica is also one of the partner organisations, alongside the Internet Society, implementing APC's Local Access Networks project.