Our community in 2018: From a school makeover in the DRC, a 25th anniversary and a lifetime achievement award, to digital ethnography in India and 29 grants for members

Home / News / Our community in 2018: From a school makeover in the DRC, a 25th anniversary and a lifetime achievement award, to digital ethnography in India and 29 grants for members 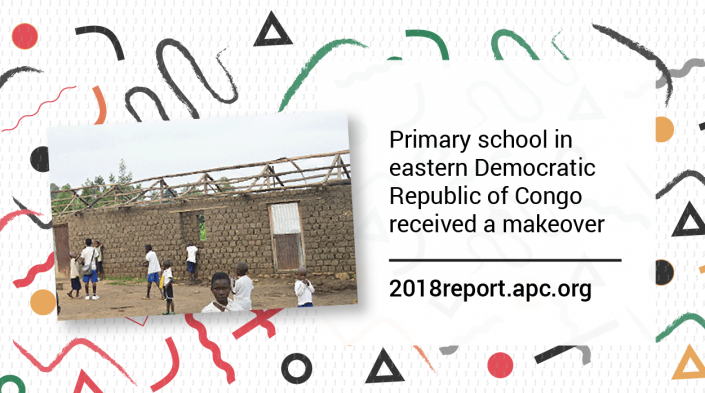 The APC community of members, allies and partners are strengthened as a network and work collaboratively to use the internet and ICTs for social and environmental justice, gender equality and sustainable development. This is a compendium of the highlights from APC's Annual Report for 2018. 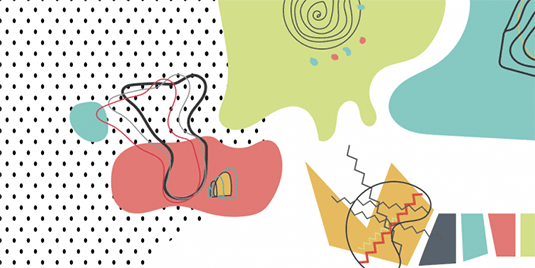 Our main website, apc.org, had 658,252 unique visitors and 1,194,057 visits in 2018. Our social media influence grew across all APC accounts, especially on our main Facebook and Twitter accounts. As of the end of December 2018, APC had over 7,200 followers on Facebook (compared to 6,000 followers in January 2018). The number of Twitter followers also increased impressively, with APC’s main institutional Twitter account, @apc_news, reaching the milestone of 10,000 followers. Our flagship accounts on campaigning for women’s rights online, @takebackthetech and @dominemoslastic grew exponentially as well.

APC was cited by the media 132 times in 26 different countries and in nine languages, and referenced by 30 academic publications. APC also implemented a formal content partnership with Rising Voices, a project of Global Voices, which focused on featuring content related to community networks and local access.

APCNews reached its newsletter number 281, moving to a multilingual approach that was also applied to APC’s social media presence. We went from three newsletters to a single, multilingual one gathering greater attention and a larger audience, reaching 16,872 subscribers, reflecting a huge increase in subscribers since January 2018 (6,020 in English, 1,395 in Spanish and 369 in French). 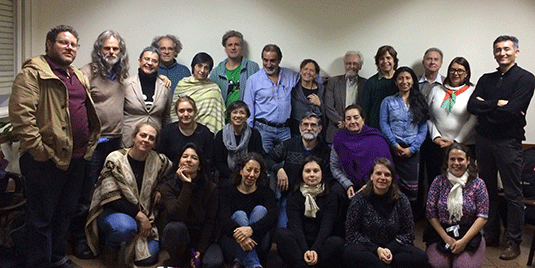 APC regional member networks were strengthened in 2018 by identifying regional issues and priorities, leading to the development of regional plans, during the regional meetings held in different locations.

In 2018, there was an unprecedented level of engagement and collaboration in the network, with a total of 61 representatives of 50 member organisations, eight individual members, and 20 APC staff members participating in the regional member meetings.

The APC Council meeting was held online from 3 to 19 December 2018. A total of 59 people signed in to this meeting, with 35 member organisations represented, as well as 12 individual members. 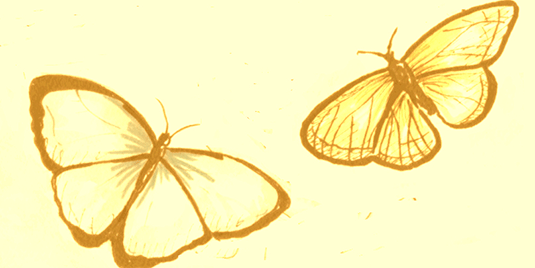 Thanks to the support of the Swedish International Development Cooperation Agency (Sida), APC awarded 13 project grants and 16 research and advocacy grants to members in 2018 through the small grants programme, which disbursed a total of USD 336,437. These grants enabled a wide range of APC members to actively contribute to implementing APC’s Theory of Change and Strategic Plan for the period 2016-2020.

The results of an evaluation of the subgranting programme conducted in 2018 was highly positive, and members expressed very strong support for APC to continue with – or even expand on – its subgranting initiatives.

In the meantime, 26 Member Exchange and Travel Funds (METF) grants were awarded in 2018, totalling USD 33,961. Through the METF, APC facilitated collaboration among members towards building their capacities and advancing shared advocacy goals at various events, including the Internet Freedom Festival, RightsCon, the UN High Level Political Forum, global and regional Internet Governance Forums, the Forum on Internet Freedom in Africa, Feminist Tech Exchanges, the African School on Internet Governance, the Making a Feminist Internet meeting, and others.

An evaluation report with recommendations for improved management, reporting and knowledge sharing by recipients of METF grants revealed that 84% of the beneficiaries find the METF grants useful to further their work and the work of the network.

Image: Intervened extract from the cover of a publication produced by Código Sur with an APC subgrant.

Efforts to “re-decentralise” the web 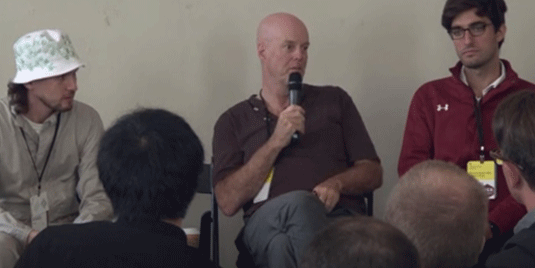 The internet envisaged by activists back in the late 1980s is very different from the centralised, platform-dominated space available today. Mitra Ardron, currently an individual member who was part of a founding member at the time APC was born, joined the Internet Archive as their technical lead for decentralisation in 2017 to look at how a larger site could use decentralised tools like WebTorrent, IPFS and GunDB in order to re-decentralise the web.

“It was challenging as those tools are still not production-ready,” Ardron said, adding that nevertheless, they did launch a version of the Internet Archive’s UI at dweb.archive.org during the Decentralized Web Summit held in August 2018. That work formed the basis for a set of servers that run a miniaturised version of the Internet Archive (e.g. on a Raspberry Pi) which they hope to launch in late 2019 after some testing by community networks.

Image: Screenshot of the video “Talks: Deep dive into decentralizing the Internet Archive” at the Decentralized Web Summit 2018.

Pangea turned 25 and celebrated with many friends and good stories 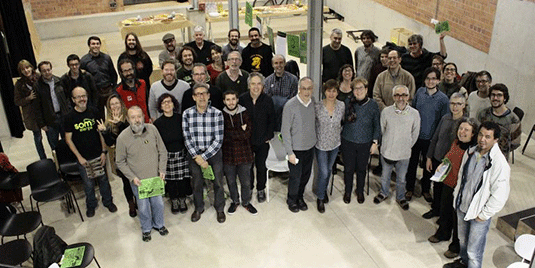 Pangea was founded on 23 November 1993, and on that same date, but in 2018, it commemorated its 25th anniversary with a party at the Lleialtat Santsenca space, a local cooperative that forms part of Barcelona’s social economy movement.

During the evening, stories about the foundation and evolution of Pangea throughout these years were shared by some of the Pangea’s founders, including Leandro Navarro (the current vice-president) and Miquel Colomer, along with Clara Massip from Edualter, a project that grew out of Pangea, Assumpció Guasch, who has been working on gender issues in Espai de Dones for years and volunteers with the association, and Xavier Bustamante, a software developer in the eReuse.org project that was also spawned by Pangea.

After that, Pangea’s president Paco Cascon and Lorena Merino presented the annual report produced for this anniversary and Maite Antolínez read for the audience a short story from Gustavo Duch, director of Soberania Alimentaria magazine, written for that day. They also played games about technology and society highlights during these 25 years, and some former members and volunteers shared their experiences and memories of their time in Pangea.

They spent the evening meeting friends, old and new members, and old staff members and volunteers, while listening to a special playlist from the Free Music Archive. All the best for the next 25 years, Pangea! 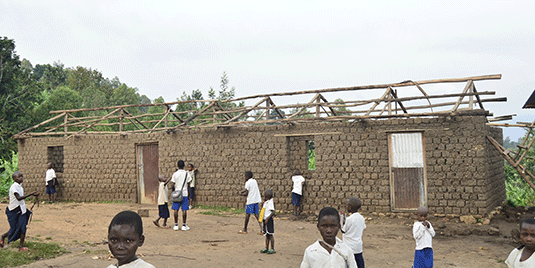 2018 was a great year for Rudi International, a non-profit organisation based in Goma, Democratic Republic of Congo (DRC), and an APC member since July 2018. During that year, they started a school renovation project on Idjwi Island, in the eastern DRC.

This primary school with more than 200 students was in bad shape: the walls and roofs were built using substandard materials that would often fall when facing strong winds, and the students would get wet whenever it rained, obliging them to stop their classes until the rain stopped. There were no windows or doors installed, and the students were sitting on top of pieces of wood and writing on their laps for the past few years since the school has been in existence.

Since one of Rudi International’s main objectives is to promote access to quality education for children and adults, they gathered support and were able to provide this school with improved facilities, such as new desks in all six classrooms, installing windows and repairing the walls as well as the roofs to make them stronger and resistant to wind and heavy rain.

They are thankful for the support received from a sister Canadian organisation that has also been supporting Rudi’s sewing project in Goma, which recently had 10 young women graduating from it after a 10-month training programme.

Right to Know: Towards digital ethnography in India 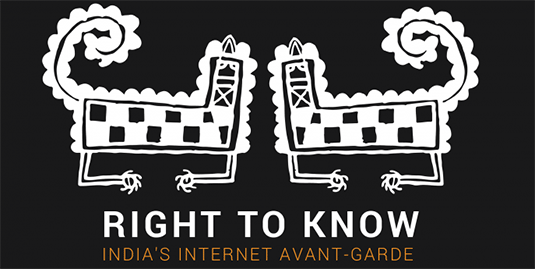 In 2015, APC individual member and filmmaker, musician and writer Andrew Garton spent near on six months in India as a guest of the Digital Empowerment Foundation where he worked on the feature documentary Ocean in a Drop.

At the time he was not aware how much material he would return to Australia with. Not only had he completed a film, but a book followed. Then a short film series, after which APC approached Garton about producing a podcast. Right to Know took just under three months to produce. It comprises four episodes from an ethnographic perspective exploring the impact that access to the internet is having on rural and tribal communities in India’s north-east. Right to Know takes the listener on an aural journey into parts of the country few urban Indians have visited.

Filled with soundscapes and field recordings, the project took the author deeper into the world that DEF’s community workers and technicians, rights advocates and trainers are immersed in, a world at a crossroad between oral traditions and a wide world of differing opinions and attitudes. All in all, the most impressive of encounters had been meeting people who had not yet forgotten how to remember. And a lot of their stories emerge from the Right to Know podcast. 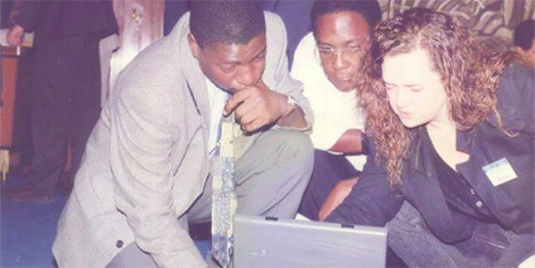 Karen Banks, currently operations director at APC, was recognised in November 2018 with the Oxford Internet Institute (OII) Lifetime Achievement Award 2018 for her extraordinary, unique and long-lasting contributions towards the development, use and study of the internet for the public good.

"Banksie" is a networking pioneer who has worked with information and communications technologies and their applications as tools for social change since 1990. She is from Melbourne, Australia, but has been a resident of the UK since 1990.

APC congratulates all the awardees and thanks the Oxford Internet Institute for this initiative and for recognising outstanding women like Karen Banks who have made a great positive impact in the internet world, focusing on improving people’s lives.

Image: Karen with Charles Musisi from MUKLA in Uganda and Bill Sangiwa from COSTECH in Tanzania. 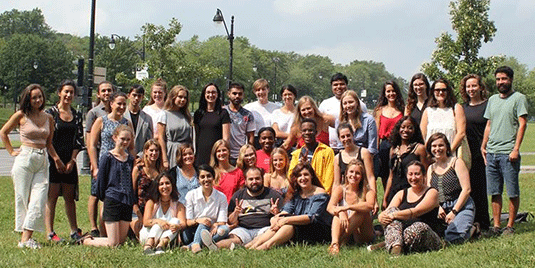 Alternatives, an APC member in Canada, provided APC members and partners with the opportunity to host a total of 40 young Canadian professionals through the International Youth Internship Programme, carried out with the support of the government of Canada through Global Affairs Canada.

Growth of the APC membership: Diversified, stronger and looking far ahead 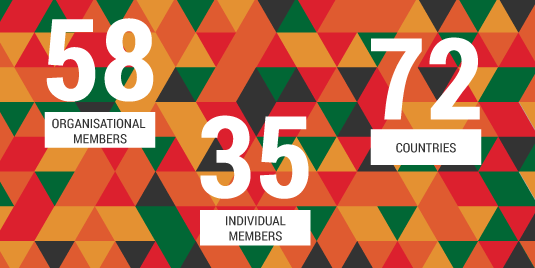 The APC network is now larger and more diverse than ever, with 58 organisational members and 35 individual members from 72 countries, as well as stronger in terms of meaningful collaboration and partnership with new members with critical expertise related to issues of priority to APC, including policy advocacy, community networks, FLOSS and a feminist internet. 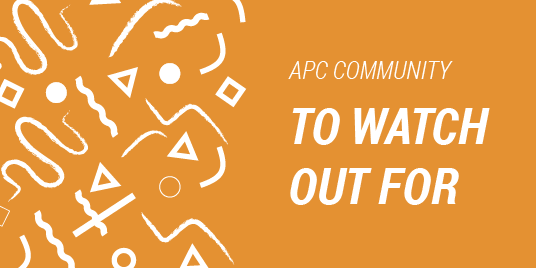 In 2019 APC will host a second cohort of interns in partnership with APC member Alternatives in Canada.